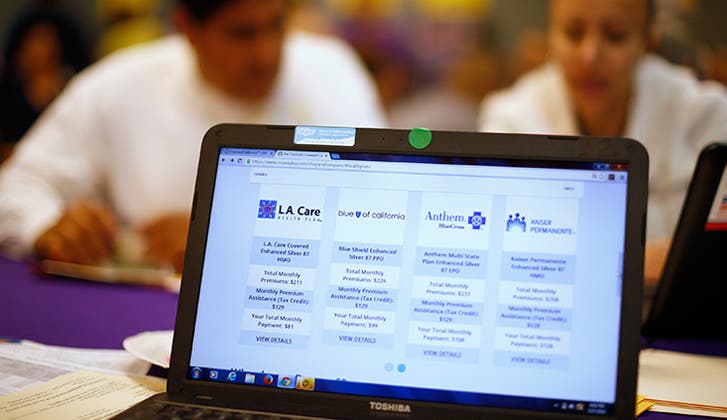 What’s ahead for consumers when the second Obamacare open enrollment kicks off Nov. 15?

On the plus side, experts predict a vastly improved online shopping experience on the health insurance exchanges, with opportunities for many of the 7.3 million Americans who got covered during the last signup season to find better plans that cost less. Obama administration officials say the federal HealthCare.gov exchange site is ready for its second close-up and will be faster and easier to use.

Compare health insurance quotes and save.

However, they’re not ready to rule out glitches. And, a few new wrinkles — including the automatic renewal of 2014 plans and changes within doctor and hospital networks — could prove problematic for those who simply let their health insurance renew without exploring their options.

Last fall’s rollout of the health exchanges was a disaster, as consumers encountered error messages and frustratingly long waits online. The White House is hoping that a smoother relaunch will help those sour memories fade.

Officials said at a recent briefing that HealthCare.gov, the default exchange for three dozen states, will be able to handle “significantly more” traffic this time and will be speedier and more mobile-friendly. The revamped website has undergone more than five weeks’ worth of testing, compared with just 10 days before last year’s debut.

The process also has been streamlined, so enrollees will face as few as 16 screens of questions, compared with as many as 76 for people who applied for plans in the last season.

The goal has been to create “a successful consumer experience,” said Andy Slavitt, principal deputy administrator at the Centers for Medicare and Medicaid Services, the agency overseeing the site.

In another improvement from last fall, HealthCare.gov users will be able to window-shop for plans and determine their subsidy amount before enrolling for coverage.

But, at the briefing, Slavitt wouldn’t make any guarantees that the site would be glitch-free. Earlier, he warned members of Congress that “there will clearly be bumps” when the Affordable Care Act’s enrollment window opens again.

Bankrate Health Insurance Pulse surveys have found lingering wariness toward the health exchanges among the general population and specifically among households that tried HealthCare.gov and the state sites last time.

Advocates say this is not a time for consumers to be gun-shy.

“We really urge consumers to go to their marketplace and shop for new coverage,” says Rachel Klein, director of organizational strategies for Families USA, a nonprofit health care consumer group. “Not only are there new plans and prices available, but you also need to update your income information so you get the correct amount of tax credits.”

What else is new?

Besides the website enhancements, other notable changes for the second Obamacare signup period include:

What’s the takeaway for consumers, particularly those already enrolled in Obamacare plans?

“It’s in their interest to show up again,” says Judy Feder, an Urban Institute fellow and professor of public policy at Georgetown University. “There are new choices for them, and they may only keep the same financial protection if they switch plans.”

One potential hazard of round two, which health navigators will watch closely, is the tendency of those who purchased their plan based primarily on price to renew if that price hasn’t changed. As a result, they may overlook a newer, cheaper plan on the market and/or end up losing part of their subsidy if the price of their state’s benchmark plan drops this year.

“Some plans may have gone up and others down, so it’s really important to know what you’re paying this year and what your tax credit looks like,” says Klein.

For exchange first-timers, one important piece of shopping advice is to make sure your family doctors and hospital are in the provider network of the plan you select. There’s been growing volatility in networks lately as hospitals and physician groups consolidate.

Klein stresses that time is of the essence; there aren’t likely to be any deadline extensions or do-overs this year.

“People need to be a little bit quicker on the uptake,” she warns. “The fall open enrollment is going to be very, very busy because of the deadlines. You want to think about what you expect to have happen in the coming year and see what those new plans have to offer, just in case one of them may meet your needs better than the plan you already have.”