Direct primary care: You pay a doctor via a monthly subscription, just like Netflix 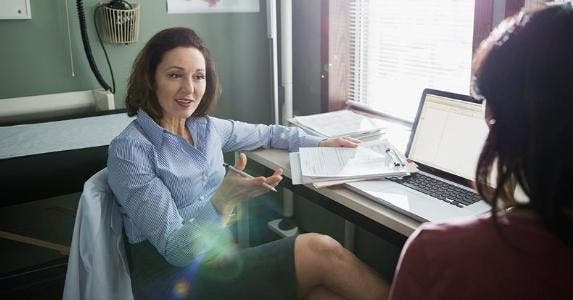 Let’s face it, nobody likes going to the doctor. You wait forever, you barely see your physician, and you leave with an insurance-coded bill that might as well be written in Sanskrit.

There’s got to be a better way, right?

Dr. Brian Forrest, the CEO of Access Healthcare Direct, thinks so. More than a decade ago, he and a handful of other fed-up primary care physicians broke from the medical mainstream, eliminated the health insurance middleman altogether, and launched “direct primary care” (DPC), a subscription-based practice that works like your gym membership.

What is direct primary care?

It’s a newer type of primary-care medical practice that doesn’t accept health insurance. Instead, member patients pay a subscription fee, typically on a monthly basis. The Direct Primary Care Coalition says the model cuts overhead and allows patients to see physicians for longer appointments, which can be scheduled more easily and frequently than at a conventional practice.

The Apex, North Carolina, physician found that by eliminating the administrative overhead of accepting health insurance, he could charge his patients a modest monthly subscription, pay himself and his staff, and even throw in routine EKG, cholesterol and diabetes screenings for free. Most direct primary care subscriptions cost between $25 and $85 per month.

Benefits for physicians and patients

“I love practicing this way,” Forrest says. “I only schedule 1 patient per hour, I’m able to get patients in the same day if needed and I can practice innovative telemedicine as well. It really frees me up to take care of patients.”

“It’s actually lower in cost than most people would pay for regular health insurance in a month, and you can see your doctor as many times as necessary,” she says. “The patient’s out-of-pocket cost is much more defined and controlled.”

Access Network claims the scores of physicians in its direct primary care network spend 35 minutes, on average, with each patient versus 8 minutes in traditional care, and a whopping 140 minutes per year versus just 20 minutes in mainstream medicine.

As a result, studies have found that direct primary care members were 65% less likely to visit an emergency room, 35% less likely to require hospitalization, and enjoyed lower cholesterol and blood pressure levels as well as reduced risk of diabetes, strokes and heart attacks than traditional patients.

“If somebody saves $100 a month on their prescriptions and they’re only paying us $50 a month total, it’s a win-win for them as a consumer,” he says.

The nonprofit American Academy of Private Physicians estimates there are more than 9,000 direct primary care doctors across the country. The academy’s website has a search function that allows you to find a participating doctor near you.