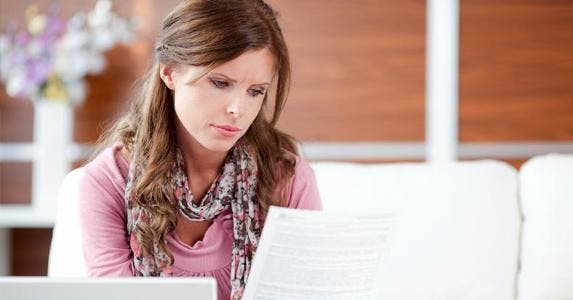 Dear Debt Adviser,
I have a charge-off on my credit report. According to my credit report, it will fall off my report in 2016. I need information on what this means. It’s my understanding that it cannot be collected after that time. I also assume I cannot be sued over it. Will it stay off my credit report?
— Genna

Dear Genna,
Let’s begin with a seemingly unrelated story. In the mid-20th century, many people said that smoking wasn’t linked to cancer, even though cigarettes were referred to as “coffin nails.” In the early 21st century, many folks will tell you that when a debt falls off your credit report it just disappears. In both cases, what many people will tell you is incorrect. As to your specific situation, I have some good news and some bad news.

First, understand this: The rules for collecting a debt and the rules for reporting a debt are not the same. In fact, they are completely different. The Fair Debt Collection Practices Act, or FDCPA, provides the regulations for collecting your charge-off. The Fair Credit Reporting Act, or FCRA, covers how the charge-off is reported. It’s a case of 2 different laws — and 2 different issues.

First the good news: The FCRA says that, with certain exceptions, a negative item must be removed from your credit report 7 years after the debt became delinquent. In your case, that means in 2016 your charge-off will disappear from your credit report. So will any related collection company trade lines. (Some types of debt can remain on your credit report much longer, such as student loans, tax liens and a Chapter 7 bankruptcy.)

To be sure that everything is removed on schedule, I suggest checking your credit reports approximately 1 month after you believe the charged-off account is to be dropped. If it is still on there, dispute the listing with the credit bureau.

Get a copy of your free credit report today at myBankrate.

Now, the bad news: The collection attempts on the debt could go on virtually forever. You could be toasting yourself with a nice glass of wine, celebrating the fact that your charge-off is no longer haunting your credit report, and in mid-sip a collector calls demanding payment. Gulp.

There is a big secondary market in old debts. Your debt may be bought and sold multiple times to various collection agencies. As the debt gets older it will change hands for less and less, sometimes pennies on the dollar. With each sale, expect at least one collection attempt before it is resold further down the debt food chain.

Once your debt has outlived the statute of limitations, just tell any collector who calls or writes not to contact you. They must stop, or they will be in violation of the FDCPA. Once you tell collector “A” to get lost, he or she will probably sell the debt to collector “B” and you may have to tell him and his successors the same thing.

The only sure way to be free from collectors regarding the debt is to pay what you owe, either in full or as an agreed-upon settled amount.

To ask a question of the Debt Adviser, go to the “Ask the Experts” page and select “Debt” as the topic. Read more Debt Adviser columns and more stories about debt management.