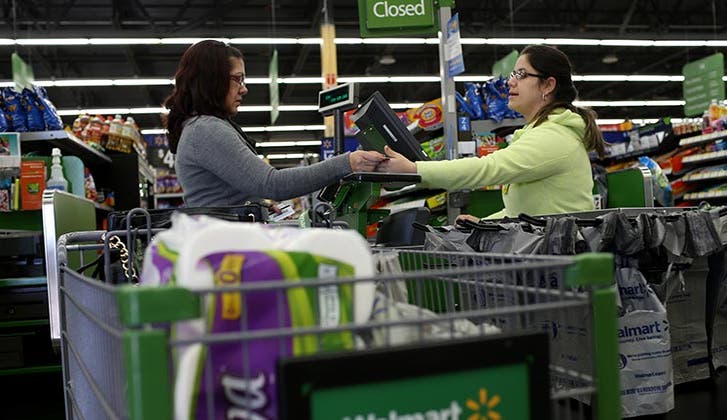 The country’s largest retailer rolled out its mobile payments service nationally this week, allowing any customer with a smartphone to pay at checkout without using a physical credit or debit card.

In announcing that the service is now available at more than 4,600 Wal-Mart stores nationwide, the company touted the convenience of paying with a smartphone, but perhaps relegated Walmart Pay’s key consumer feature — security — to a bullet point in the press release.

“Mobile payment systems are inherently more secure than pure credit card transactions,” David King, senior manager in the internal audit, risk and compliance practice at professional services firm UHY Advisors in Atlanta, wrote in an email. “However, the adoption of mobile payment systems is entirely reliant upon the customer experience.”

This is a failing of Walmart Pay, which isn’t as easy to use in-store as either a credit card or the rival payment service Apple Pay, King says.

“Credit cards are incredibly easy to use; you simply dip or swipe,” King says. “Apple Pay is almost as easy, but requires some practice. Walmart Pay is the least intuitive because you have to trigger an app and complete a scan through a barcode reader.”

CARD SEARCH: Find the best rewards credit card for your lifestyle at Bankrate.

Wal-Mart says credit and debit card numbers are not stored on a customer’s phone or exchanged during the transaction. That makes in-store fraud far less likely — unless a fraudster has both someone’s phone and the required payment passcode.

But, unlike other mobile payment services, Wal-Mart does store credit and debit card data on its computer servers, albeit behind a firewall.

“We are really proud about the security of Walmart Pay,” says company spokesman Molly Blakeman.

Still, given Wal-Mart’s fight with Visa over the security of chip-and-signature debit card transactions, it’s a bit odd the company doesn’t make security more of a selling point.

Is it worth it?

Despite the obstacles, I found Walmart Pay relatively easy to use. And my receipt was instantly available within the app, something Apple Pay does not offer.

But I left the experience feeling the same way I felt after using Apple Pay: This is a solution without a clearly defined problem — especially if Wal-Mart and others can’t convince Americans on the security issue. Consumers may love their smartphones, but they’ve found no compelling reason to abandon their wallets for them.

Yes, in-store mobile payments are expected to surpass $34 billion by 2019, according to consulting firm Forrester Research. That’s huge growth compared to the $10 billion projection for this year.

In 2016, U.S. retail sales are expected to approach $5 trillion, according to research firm eMarketer.

So there’s no danger the smartphone will replace the credit card anytime soon.