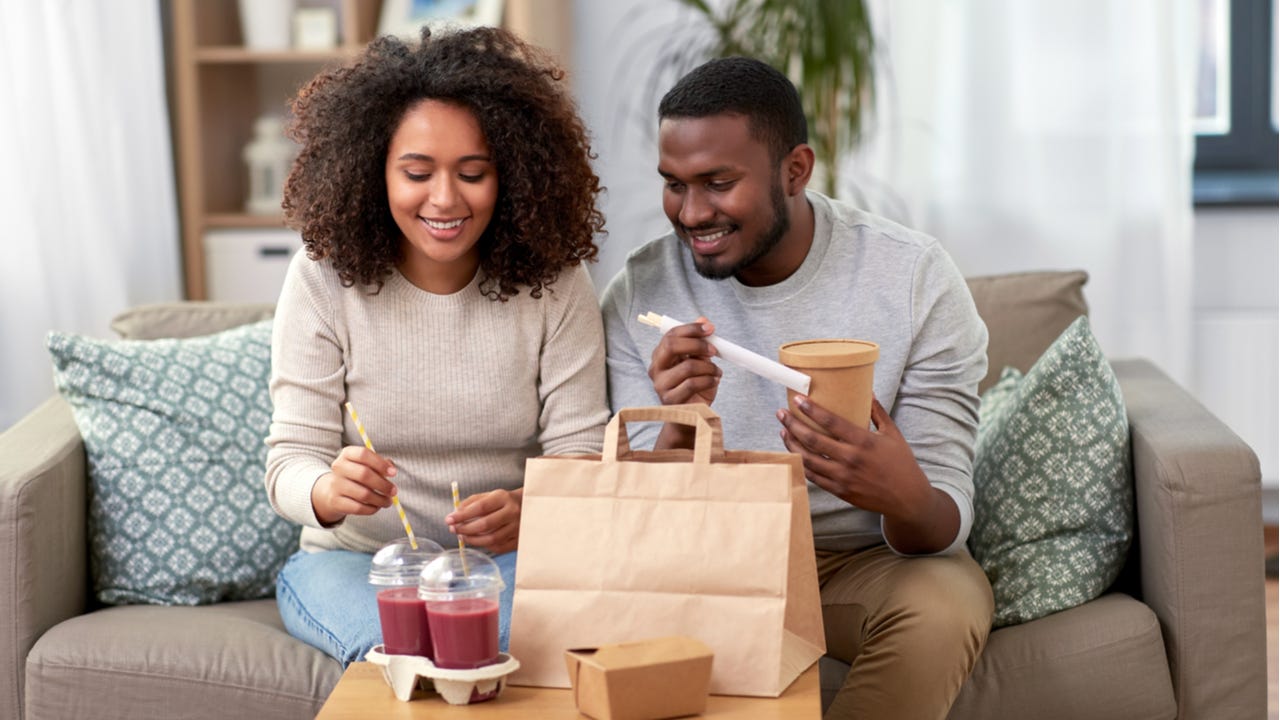 Instacart and DoorDash, two businesses that have fared very well during the pandemic, are preparing to introduce their own credit cards, according to the Wall Street Journal.

A few details have begun to trickle out regarding the Instacart offering. The company has reportedly selected JPMorgan Chase as its card-issuing partner. The card is likely to launch next year and will offer 5 percent cash back on Instacart purchases, people close to the matter told the Journal.

DoorDash has apparently not yet selected its card issuer. There’s speculation that the DoorDash card will offer discounts from partner restaurants and perhaps other stores, probably in addition to a standard credit card rewards program. The 5 percent payout that Instacart is reportedly planning would be a smart baseline for DoorDash, too. It would place the card among the best credit cards for restaurant purchases.

One word of caution: DoorDash’s competitor Uber used to offer 5 percent cash back (in the form of Uber Cash) on Uber rides and Uber Eats purchases made with the Uber Visa. But that card stopped accepting new applicants last year. Was the program unsustainable or were other factors to blame? I suspect it may have been more of the latter. Other retailers (such as Amazon, Best Buy, Gap, Lowe’s, Wayfair and others) offer 5 percent cash back on purchases made with their own credit cards.

We also know that Uber’s bank partner, Barclays, has made other cuts to its U.S. credit card business in recent years. And Uber has been focusing more on its in-house rewards program instead of a credit card. Finally, the closure occurred soon after the COVID-19 pandemic upended just about everything. DoorDash should be introducing its card into a very different business environment.

My guess is that Instacart and DoorDash will both offer co-branded cards, meaning they can be used anywhere the card network (e.g., Visa or Mastercard) is accepted. That’s in contrast to store-only cards, which some retailers offer. I also suspect they will follow the same blueprint as the Verizon Visa and the Wayfair Mastercard. Those cards, which both came out last year, seek to bolster customer loyalty by requiring cardholders to redeem their rewards on future purchases from the brand (as opposed to statement credits or bank deposits, which are more universal forms of cash back).

The Verizon Visa is only available to Verizon Wireless customers (which is another loyalty play). Cardholders earn 4 percent cash back on groceries and gas, 3 percent on dining, 2 percent on Verizon purchases and 1 percent on everything else. Those rewards, which are generous relative to the competition, are delivered as Verizon Dollars. Cardholders can spend these to offset future Verizon service bills, as well as phones and accessories purchased through Verizon.

The Wayfair Mastercard gives 5 percent cash back on Wayfair purchases, 3 percent on groceries, 2 percent on online purchases and 1 percent on everything else. They deliver these as “Reward Dollars,” which can be applied to future Wayfair purchases. By offering compelling rewards with a catch, Wayfair and Verizon are both targeting customer loyalty, and I could definitely see Instacart and DoorDash following the same model that requires customers to spend their rewards on future orders.

Why are they doing this?

From an economics perspective, Instacart and DoorDash will probably earn finder’s fees from their bank partners in exchange for bringing in customers. They should also avoid paying interchange fees on purchases made with their own branded cards. Sometimes retailers also get a cut of the other fees and interest generated by their card program, although this often goes to the bank partner (especially since it’s usually the bank partner that shoulders the credit risk).

I’d argue these payments are secondary objectives for Instacart and DoorDash. I think what they’re truly after is loyalty. Both play in competitive spaces, and they’re trying to hold on to newly established customer habits. Offering their own credit card rewards programs could encourage some of those customers to stick around. For example, online sales are still just 7 percent of the overall grocery market, according to eMarketer. And that’s after a 54 percent surge in 2020.

For many, it’s psychological

Groceries and dining have historically been markets dominated by debit cards and cash. Just 28 percent of all grocery shoppers pay with credit, according to a recent Bankrate.com survey. And even among rewards card holders who pay their bills in full, only 51 percent favor credit for groceries. For restaurant purchases the trend is similar: Only 32 percent of all diners pay with credit and a little over half (56 percent) of rewards card holders who pay in full using their card.

A lot of shoppers prefer using debit cards and cash for everyday necessities and credit cards for occasional, larger purchases such as travel. My advice is to use a credit card like a debit card—paying in full to avoid interest but benefiting from the rewards. One of my favorite credit cards is the Blue Cash Preferred® Card from American Express (which gives 6 percent cash back on up to $6,000 in annual spending at U.S. supermarkets, then 1 percent cash back after that). I view that as hundreds of dollars back on purchases I would have made anyway.

Basically, Instacart and DoorDash want you to keep your delivery habit, but break your habit of paying with a debit card. I’m very interested to see the rewards programs they roll out. Those will be key to attracting and retaining customers. Groceries and dining are competitive rewards categories and Instacart and DoorDash have established loyal followings—now they’re looking to keep them.