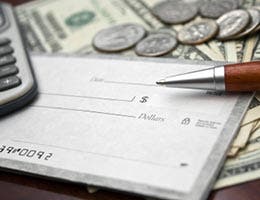 The bad news: Checking fees hit a record high in Bankrate’s 2013 Checking Survey. The good news: Free checking may survive after all.

This year’s Checking Survey saw new records for some ATM fees, overdraft fees and monthly maintenance fees. But after years of steep declines, the share of checking accounts considered free may finally be stabilizing.

So why are banks easing up slightly on the fee front? It may be because they’re feeling less pressure from shareholders to boost profits. According to recently released data from the Federal Deposit Insurance Corp., commercial banks and thrifts earned profits of $42.2 billion in the second quarter of 2013, up 22.6 percent from the previous year.

But don’t get too comfortable; further regulatory changes, such as a deeper cut to the “swipe fees” merchants pay to banks, could touch off another cascade of fee increases, says Greg McBride, CFA, senior financial analyst for Bankrate.com.

Here’s what’s going on with some of the most common fees charged to checking account holders.

Methodology: Bankrate surveyed 10 banks and thrifts in each of the 25 largest U.S. markets.

While cutbacks to free checking may have slowed at major banks, those who do pay a monthly fee have seen that fee rise to record highs. The average fee you’ll pay to maintain a checking account rose from $5.48 to $5.54 per month.

Fortunately, that fee is easy to avoid at many banks. Of the 473 checking accounts that Bankrate surveyed, 97 percent were either free or could become free if account holders met certain requirements such as signing up for direct deposit, McBride says.

One group that might have a hard time with that is the unemployed, McBride says.

“Their paycheck goes away, and now, all of a sudden, they’re getting socked with a monthly fee on their checking account at a time when they can least afford it,” he says.

Beyond direct deposit, there’s another way to avoid monthly fees, says Karin Bonding, a lecturer in personal finance at the University of Virginia’s McIntire School of Commerce. Shop around.

“You don’t have to go to a bank, there are other options,” Bonding says. “I don’t want to pay a fee for something that one, I can get for free, and two, that I’m not gaining anything from.”

Instead, she suggests checking out a credit union or online financial services provider, such as Fidelity Investments or Charles Schwab, which may offer the same services with no balance requirements or other gotchas.

Banks now charge noncustomers an average of $2.60 to use their ATMs, up from $2.50 last year. The average fee your own bank will charge you for going out of network is actually down a few percentage points from last year, to $1.53, but combined, you’ll pay a total of $4.13 to make a withdrawal at an out-of-network ATM.

All told, the fee that banks charge noncustomers to use their ATMs has risen by nearly a third since 2008. That those fee hikes coincide almost perfectly with the Federal Reserve’s massive push to depress interest rates is no coincidence, says Jim Johannes, director of the Puelicher Center for Banking Education at the University of Wisconsin-Madison.

“If you’re making less money on the interest side of the bank and you need to increase cash flows to satisfy investors, the only real way you can do that is to make it up in fee income,” Johannes says.

Still, McBride says avoiding ATM fees is as easy as making a weekly routine of running to your bank’s ATM or to one your bank is affiliated with.

“Friday night comes at the same time every week, so there’s no real reason for you to repeatedly find yourself in a pinch for cash and then have to go to an out-of-network ATM,” McBride says.

Overdraft fees are the 800-pound gorilla of the fee world. While it’s easy to get wound up over ATM fees, you’d have to make more than seven ATM withdrawals at out-of-network ATMs to equal just one overdraft at this year’s average of $32.20 — up almost $1 over last year’s average of $31.26.

Still, banks are making less on overdrafts than they used to because it has become easier for customers to avoid them, says Matthew Kelley, senior research analyst at Birmingham, Ala.-based Sterne Agee.

“The technologies and the real-time updates that consumers now have — again, with some of these mobile technologies — is resulting in a lot less overdraft income,” Kelley says.

Regulators also have had an effect. “Free checking was basically (paid for by) 5 percent to 10 percent of the population, which overdrafted a lot over the course of the year, subsidizing a product for the other 80 (percent) to 90 percent,” Kelley says. “Regulators don’t like that model.”

While regulatory efforts have helped upend free checking at many banks, they’ve also given debit card users an easy way to avoid overdrafts: Don’t opt in to bank overdraft programs. Refusing to opt in won’t protect you from overdrafts due to ATM withdrawals and bill-pay services, but it will protect you from quickly racking up overdraft fees with small debit card purchases.

Interest checking barely lives up to its name

Interest checking accounts have become less onerous for account holders, but they still have little in the way of rewards.

Unfortunately, the average yield for interest checking remains at 0.05 percent, and the most common payout remains at 0.01 percent.

That’s why, in most cases, interest checking is still “not an attractive product,” McBride says.