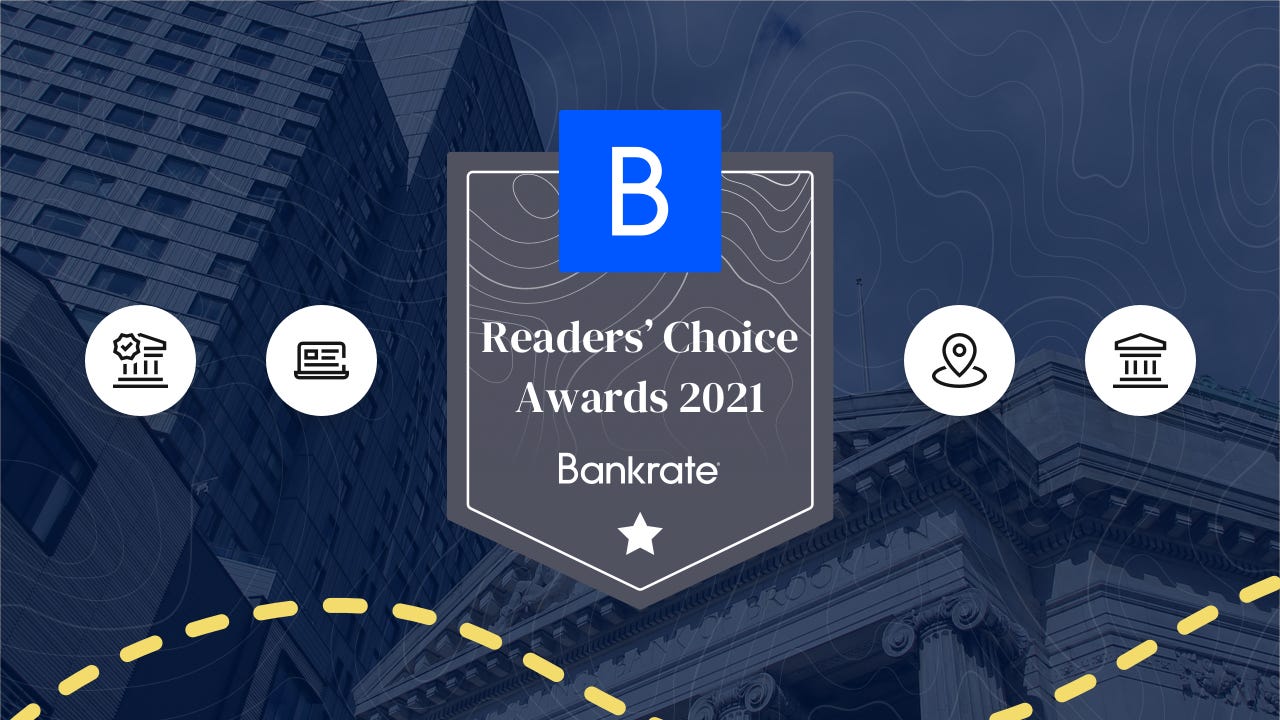 For the first time ever, Bankrate readers voted on their picks for the best banks and credit unions. Our audience had the opportunity to vote between Dec. 1-31 for the same financial institutions we reviewed and in the same categories. Each category received more than 900 votes.

Ally Bank was the only institution to earn a Readers’ Choice award in addition to the top spot from its category in Bankrate’s best banks of 2021. All of the institutions that earned Readers’ Choice honors are familiar names in financial services.

Here are the 2021 Readers’ Choice award winners in each category.

Chase serves around 63 million households in the U.S. It has a highly rated mobile app, lots of ATM and branch locations across the country and access to lots of digital features like Zelle for people to send money to others.

In our Readers’ Choice poll, the most common product that voters reported using at big banks was a credit card. Chase, in particular, is known for its standout credit card offerings.

Branch and ATM footprint: Chase has more than 5,000 branches and over 16,000 ATMs scattered across the country. This makes Chase a convenient banking option for many people.

Digital tools: The Chase app receives strong ratings on iOS and Android devices. Customers can send and receive money from others through Chase Quickpay with Zelle.

Ally Bank consistently offers competitive yields on its savings products. Unlike some other online banks, it offers nearly every type of banking product — making it possible for Ally to be your everyday bank. In our poll, the most common product (by far) that voters reported using at online banks was a savings account. And Ally’s savings account consistently stands out among its competitors.

ATM access and rebates: Ally customers can access more than 43,000 surcharge-free ATMs through the Allpoint network. Ally also will refund up to $10 at the end of each statement cycle for fees charged at out-of-network ATMs. 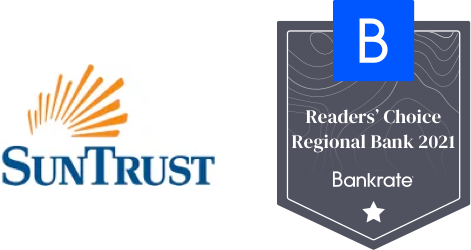 SunTrust Bank and BB&T merged in 2019 to create Truist. But currently, SunTrust still offers its own products, and Bankrate’s audience chose it as the Readers’ Choice pick for the regional bank category. In our poll, the most common product that voters reported using at regional banks was a checking account. The SunTrust Essential Checking, an account that gives you a few options to waive its monthly service fee, is one of the highlights at SunTrust.

Strong checking account: Customers can avoid the monthly service fee on the The SunTrust Essential Checking account if they keep at least $500 in the account or make 10 initiated transactions per statement cycle. Some checking accounts don’t give you this many options for waiving a monthly maintenance fee.

Accessible accounts: Many of SunTrust’s accounts have small minimum deposit requirements to open, or none at all. This makes the bank’s products accessible to a range of savers. 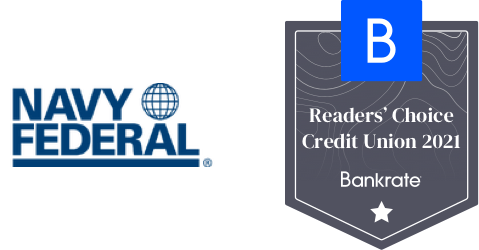 Navy Federal Credit Union is the world’s largest credit union. Active duty defense and coast guard members, civilians, veterans, contract personnel and their families can all join the credit union. In our poll, the two most common products that voters reported using at credit unions were a savings account and a checking account. Navy Federal scores high for those two products in Bankrate’s review, but it also offers a strong money market account certificates of deposit (or as the credit union calls them “certificates”).

24/7 customer service: Navy Federal is a great option for those with military ties and currently has more than 9 million customers across the globe. The credit union offers 24/7 customer service over the phone. Additionally, members have access to 300 U.S. branches and locations in nine other countries.