Losing track of your checking account balance is easy enough to do, yet it may lead to costly overdrafts when you swipe your debit card at the store, restaurant or gas pump. Overdraft protection can serve as a solution, as it automatically transfers money from a linked account when your checking account would otherwise be overdrawn.

This bank-provided service helps you avoid the hassle and embarrassment of declined transactions, overdraft fees and returned check fees.

How does overdraft protection work?

A per-transfer fee may apply, but it may be substantially less than what you would otherwise be charged for overdrawing your account.

Many consumers opt for overdraft protection since overdraft fees tend to be steep. The average overdraft fee is a hefty $33.58, according to Bankrate’s 2022 checking account fee survey.

Types and costs of overdraft protection

There are several ways to arrange overdraft protection. One or more options may be available to you depending on where you bank.

For overdraft protection that uses a line of credit or a linked credit card, it’s important to know the interest rate you’ll pay on any transferred balances. Rates vary by institution and account type. Review the terms and conditions before signing up.

A sample of banks and the fees they charge for different types of overdraft protection:

Do you need overdraft protection?

Overdraft protection isn’t always free. If you use a linked credit card or line of credit, you may run up a significant balance and end up paying a lot in interest.

You shouldn’t have an issue if you use overdraft protection as a convenience to make sure transactions clear when you occasionally overdraft, and you quickly repay any cash advance.

The simplest way to avoid overdraft fees is to keep an eye on your account balance and to stop spending — or transfer money into your account — if the balance gets too low. If your tendency to overdraw is driven by overspending, create a budget that better suits your spending patterns.

Choosing a bank that limits the number of overdraft charges per day is another way to help keep the fees at bay. Banks that cap the number of charges include Chase, Comerica and Regions Bank.

Some bank accounts, such as Varo and Chime, provide automatic overdrafts for free, recouping the shortfall when your next paycheck hits your overdrawn account.

You also can choose not to have your bank cover you when you overdraw your account. Neither overdraft protection nor automatic overdrafts are a requirement, and you have the right to decline either service. The transaction will simply be declined when you don’t have enough funds or an overdraft program. Be sure to check your bank’s policy on non-sufficient funds (NSF) fees, however. If the NSF fee is as much as the overdraft fee, opting out of overdraft protection won’t help you much.

You may even be able to negotiate with your bank to get an overdraft fee refunded. There are digital tools — such as Harvest and Cushion — that allow you to monitor your account and initiate a request on your behalf, should you not want to contact the bank yourself. 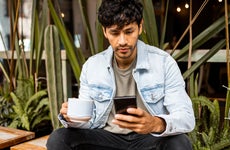 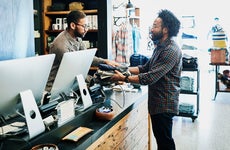 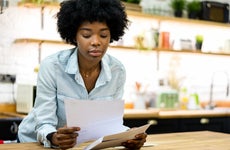 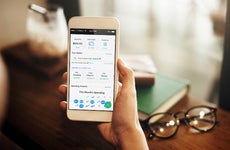