Marriage vs. living together after 60

For couples over the age of 60, cohabitation is becoming increasingly common, even when the partners would prefer to get hitched — a decision that’s often financially driven.

“This is absolutely a growing trend,” says Alexis Walker, co-director of the School of Social and Behavioral Health Sciences and holder of the Petersen Chair in Gerontology and Family Studies at Oregon State University’s College of Public Health and Human Sciences.

“For a number of people in this age group, it’s a financial issue,” she said. “A woman could lose her pension if she remarries. It is just too costly. So even though they may feel they are not behaving appropriately, people feel they don’t have choices.”

Marriage vs. living together: Retirement 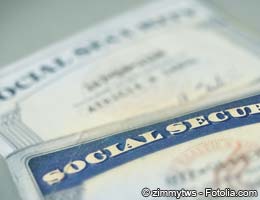 If you’re weighing the benefits of marriage versus cohabitation, it might be smart to put off wedding plans until after your 60th birthday. Remarriage before the age of 60 can have penalizing effects on retirement income, says CFP Ana Cela Harris, founder and president of Cela Advisors in Miami.

Remarriage doesn’t affect employee-sponsored retirement plans, however. “The employer normally follows whoever is the beneficiary designated on the form,” Harris says, “or, if the pension was divided in a divorce, the employer follows the court order.”

On the other hand, she says, naming a significant other as a beneficiary on an individual retirement account can backfire, since “if a nonspouse is named, they have to withdraw — and pay income tax — within five years of the death of the original owner.”

Nonspouse beneficiaries can circumvent this fate by taking the “stretch” option, which enables them to make withdrawals over their life expectancy. The catch: They have to take the first distribution before Dec. 31 of the calendar year following the death of the original IRA owner.

Marriage vs. living together: Medical issues 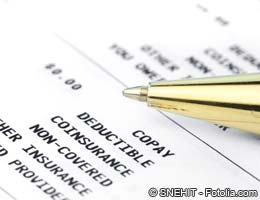 Remarriage in retirement could be a health hazard for the poorer partner. While a spouse’s assets will be considered in determining Medicaid eligibility, Harris says, a significant other’s will not.

Insurance is not usually an issue. “Most medical plans permit a surviving spouse to retain medical coverage after the other’s death,” says Jane Ryan, an attorney based in Sacramento, Calif., whose practice focuses on prenuptial and cohabitation agreements.

In the case of divorce, Harris points out that, as with pension plans, insurance policies are not usually affected by a remarriage. If one partner in a new, unmarried relationship is still employed, it might even be possible to get medical coverage for his or her partner. Many companies now extend medical coverage to live-in partners. Every case is different, so it’s best to ask.

If both parties are retired, Harris says, “usually the benefits will go to whomever the person was married to, or living with, at the time of retirement.”

When one partner has no insurance, says Ryan, “one way around this is to have a cohabitation agreement that states that one party will pay for the medical insurance of the other via a trust created from the deceased’s estate, or by leaving the other a decent life insurance policy.”

Marriage vs. living together: Assets 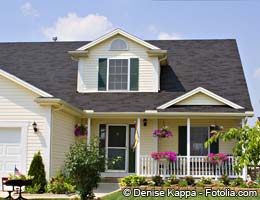 Typically, people older than 60 have accumulated a lot of stuff, and setting up a new household means agreeing on who’s bringing what resources. For example, who’s moving in with whom?

“People need to be clear who’s going to give up a home,” Walker says. “If they opt to go to a new place, then both lose assets.”

In some states, Harris points out, the survivor of an informal partnership would not qualify for a homestead exemption, leaving the survivor vulnerable to eviction if the home is not also titled in his or her name.

“If someone has a taxable estate — more than $1 million in 2013 — and wants to leave it to a significant other,” she says, “without a marital deduction, any assets over $1 million are subject to estate tax.”

The marital deduction enables one spouse to leave an unlimited amount of assets to the other with no estate tax consequences.

One solution for the cohabiting couple, says Ryan, would be to title the house as a life estate “so that the survivor can live there until they die, and then the kids inherit.”

Marriage vs. living together: Heirs 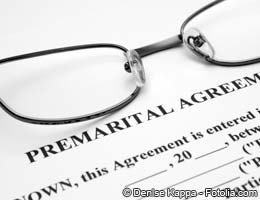 Family resistance can be a stumbling block to relationships, formal or not, among the retired.

“Like anyone else, older people have sexual interests and need companionship,” Walker says. “Loneliness is a big problem for older people.

“Most children are pretty accommodating, but some might have financial concerns.”

She suggests that seniors in a serious relationship break the news to one child who can serve as a go-between to siblings.

Children are less likely to feel threatened that a significant other, unlike a new spouse, will disinherit them, says Harris, though this could be addressed with a premarital agreement.

Marriage vs. living together: Cohabitation agreements 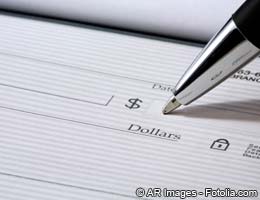 Ryan advises live-in partners to draw up a cohabitation agreement listing “all significant assets of both parties, whether there will be a joint bank account, who is going to pay for what, how they are going to handle the purchase of significant household items — including pets — and how to determine who owns these items if they split up.” It’s preferable to have this agreement notarized, she says.

If one partner owns real estate — including the home the cohabiting couple lives in — “the agreement can include buy-out and right of first refusal provisions,” Ryan says. “And there should also be provisions covering personal liability issues and debts,” as well as whether or not there will be any “palimony” in the event of a split. Similar to alimony, palimony is an allowance for support made by one partner in a nonmarital relationship to the other after the couple separates.

“It’s essential that each party’s estate plan is up-to-date and supports the provisions of the cohab agreement,” Ryan says. “The various documents should not contradict one another.”

More On Personal Finances For Couples: