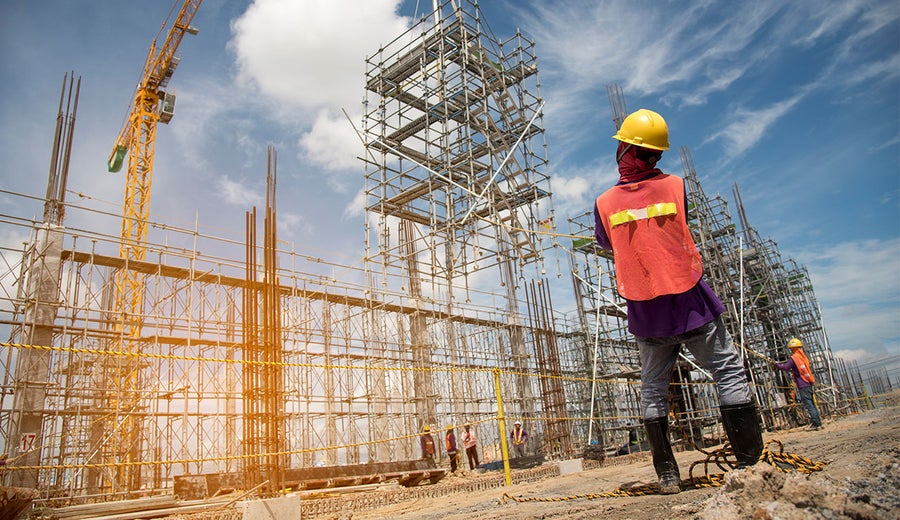 The U.S. economy added more jobs than expected in March, while the shockingly low number of new payrolls created in February was higher than initially reported, suggesting last month’s blip was more of a speed bump for the labor market than a broader slowdown.

Employers added 196,000 new positions in the month, a Labor Department report showed on Friday. That compares with the median estimate among economists for a 175,000 gain. U.S. nonfarm payrolls in February were also revised up, increasing by 33,000 from the originally recorded 20,000, which was the slowest pace of job creation since September 2017.

Average hourly earnings rose 3.2 percent from a year earlier, missing estimates and slipping from 3.4 percent in February, the best pace of the expansion. The unemployment rate held at 3.8 percent, near a half-century low.

The report comes at a critical point for the U.S. economy, after a recent bout of downside surprises in data has exacerbated worries that a recession could be on the horizon. Retail sales cooled in February, while consumer spending rose less than expected, according to two separate reports released earlier this week from the Department of Commerce.

Even so, the report suggests that the labor market remains healthy, and the rebound in payrolls reinforces economists’ expectations that the weaker-than-expected February report was not illustrative of the broader trend.

“The March jobs report confirmed my suspicions about the February jobs report: It was a bit of an anomaly, shaped by the unusually cold weather in February as well as the government shutdown,” says Sean Snaith, director of the University of Central Florida’s Institute for Economic Forecasting. “Hopefully people will be able to sleep a little better after this report and not see the recession boogeyman around the corner.”

The March report brings the three-month average of job creation to 180,000, according to the Labor Department. Even though that’s well below the average throughout each month of 2018, economists and the Federal Reserve have expected job growth this year to moderate.

The report also comes on the heels of the U.S. central bank’s March rate-setting meeting, when officials voted unanimously to keep interest rates unchanged and slashed their projections for further interest rate adjustments this year.

Many investors interpreted these updated projections as an indication that the Fed’s next move could be a rate cut. The March report, however, points to signs that this won’t be the case.

“The Fed isn’t poised to consider a rate increase in the near-term, but officials also aren’t prepared to cut rates as many investors seem to be hoping and betting,” says Mark Hamrick, Bankrate’s senior economic analyst. “That sound you hear is the collective sigh of relief seeing hiring rebound back to the recent trend.”

Sustained job creation suggests the economy still has some steam to expand, boding well for consumer spending. At the same time, cooling wage growth implies that inflation won’t take off, giving the Fed more room to be patient, says Scott Anderson, chief economist at San Francisco-based Bank of the West.

“From the Fed’s perspective, this is pretty much a goldilocks report,” Anderson says. “They’re going to continue to be on this holding pattern for the entire year.”

Job growth in March was concentrated in health care, which added more than 49,000 new positions during the month, the Labor Department report showed. The professional and technical services sector came in second, adding more than 34,000 positions.

The construction sector also rebounded from the prior month, recovering 16,000 new positions in March after a decline of 25,000 jobs in February.

“Bad weather in February delays construction projections,” says Gus Faucher, chief economist of PNC Financial Services Group. “Of course, it’s seasonally adjusted, but if the weather is worse than normal for February, a decline is not at all unexpected.”

The lower interest-rate environment could also be feeding through into construction hiring, Anderson says. The benchmark for the 30-year mortgage rate hit 4.29 percent this week, according to Bankrate’s weekly survey of the nation’s largest mortgage lenders. A year ago, the 30-year rate was 4.55 percent.

This data corresponds with a separate gauge of the labor market from the ADP Research Institute, which showed that U.S. companies in March added the fewest number of workers since September 2017, while jobs in construction and manufacturing contracted.

This points to signs of the ongoing trade tensions between the U.S. and China, as well as slowing growth abroad.

“Manufacturers may just be in a bit of a wait-and-see mode as far as hiring is concerned, just to see how the whole China trade deal plays out,” Snaith says. “Uncertainty results in people pausing on making decisions.”

Still, bright spots about the labor market remain, with jobless claims in the week that ended on March 30 falling to the lowest level in 50 years. The Labor Department’s monthly report, the broadest measure of the job market, should restore confidence, Anderson says.

“We still see a lot of momentum here,” Anderson says. “There is a slowdown going on underneath all of this volatility month-to-month, but we’re still in a relatively strong job market, and you see that reflected with the unemployment rate.”

Consumers: Seek out new opportunities, expect wages to pick back up

Though consumers’ pocketbooks might not have thickened as much from the year-earlier period, it’s too soon to panic about the future of wage growth, according to Faucher. The March jobs report marks the sixth-straight month that wages have shown growth above the 3-percent mark. The numbers also tend to bounce around, he says.

“The general trend we’ve seen is an acceleration in wage growth since the middle of 2010,” Faucher says. “It’s been uneven, slower in some months than others, but gradually we have seen an acceleration, and that acceleration is continuing.”

There’s also a light at the end of the tunnel, Faucher adds. As the population ages and as the baby boomer generation retires, it’s weighing on labor force participation, or the share of working-age people in the workforce. Employers could increase wages to attract more people to fill positions.

The participation rate now sits at 63 percent, edging down slightly from the 63.2 percent reported in February, according to the Labor Department.

At the same time, individuals who are thinking about finding a new job are still in a good place. The labor market is likely to grow tighter in 2019, and businesses are still hiring, Faucher says.

“This is a good opportunity for consumers to look at all the opportunities out there that they’re interested in that maybe they haven’t taken advantage of before,” he says.

The economy looks poised to reach its longest expansion on record come mid-year, but a slowdown at some point is inevitable, Snaith says.

“The economic recovery turns 10 years old in June, and as we age, we tend to slow down,” Snaith says. “The same is true for economic expansions.”

But that doesn’t mean it’s time to panic, Anderson says. Recessions are rarely as bad as the previous downturn.

“There’s a lot of investors who haven’t seen a downturn for a while. It’s been 10 years. Plus, people have nightmares about what they experienced during the last recession,” Anderson says. “People can feel some comfort that the next downturn is not likely to be as severe as what we went through last time. A more general, run-of-the-mill recession usually lasts less than a year and has a much smaller impact on job loss than what we went through during the Great Recession. It’s not the end of the world if we did see a downturn.”