Wage garnishment is what happens when your employer follows a court order to withhold a certain percentage of your paycheck to repay a debt that you have defaulted on. For instance, the IRS can garnish your wages if you fail to pay your tax debts.

Filing for bankruptcy can stop wage garnishment in many cases. However, there are some exceptions to this rule, such as when filing chapter 7 bankruptcy, under which garnishments for past due child support or alimony will continue.

How does wage garnishment work?

Some creditors — ones you owe medical or credit card debt to, for example — must file a lawsuit to garnish your wages. If the judge rules in the debt collector’s favor and allows the garnishment, an order is sent to your employer to hold a portion of your check to satisfy the debt. Your employer then sends the withheld amount of money directly to the creditor.

Are unemployment and other benefits protected from wage garnishment?

Unemployment and other benefits, such as Social Security benefits, Federal Student Aid and disaster assistance, are usually protected from wage garnishment. However, these benefits can be garnished if you owe money for child support, taxes or student loans.

Because garnishment laws vary by state, which benefits are protected depends on where you live. For example, some states created laws preventing stimulus checks from garnishing.

When can unemployment benefits be garnished?

A parent’s obligation to pay child support does not cease because of the loss of a job. Both past-due child support and ongoing payments can be deducted from unemployment benefits. However, the exact approach to doing this may vary from state to state.

Depending on where you live, your unemployment benefits may also be at risk if you owe state taxes. Some states may garnish a portion of your benefits to recoup what you owe. Each state has its own laws addressing this issue. In California, for example, money may be deducted from weekly unemployment benefits for unpaid taxes.

In the case of student loans that are in default, up to 15 percent of disposable income may be garnished until the debt is repaid or the loans are no longer in default status. The government does not need a court order to garnish income if the debt is associated with federal student loans. However, the creditor must sue you in court with private student loans.

Can you protect your wages from being garnished?

Depending on the circumstances, you may be able to fend off wage garnishment.

In the case of student loan debt, for instance, one approach is to roll your student debt into a consolidation loan to protect yourself from garnishment.

You can also attempt to rehabilitate your student loans. Rehabilitation is a voluntary agreement you enter with the loan servicer. As part of the agreement, you must make a series of nine consecutive payments to bring the loan back into good standing. Each of the payments typically amount to 15 percent of your discretionary income.Filing for bankruptcy is another way to stop many forms of wage garnishment. This approach won’t protect your unemployment benefits in all cases. For instance, filing chapter 7 bankruptcy will not stop garnishment for child support or alimony payments.

Unless you have debt for child support, taxes or student loans, a creditor isn’t allowed to garnish your unemployment benefits. Try negotiating with them to stop a creditor from garnishing your wages when you get a new job. Creating a plan to repay debt while unemployed can help you improve your financial future. 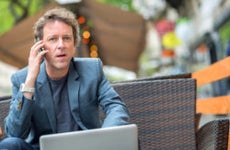 Can creditors take your Social Security? 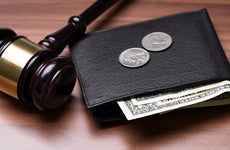 Can you stop wage garnishment if you file bankruptcy yourself? 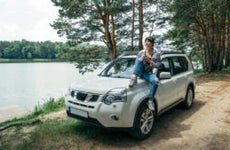 Can a debt collector repo your car? 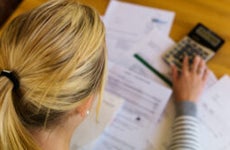 Walking away from debt vs. filing bankruptcy