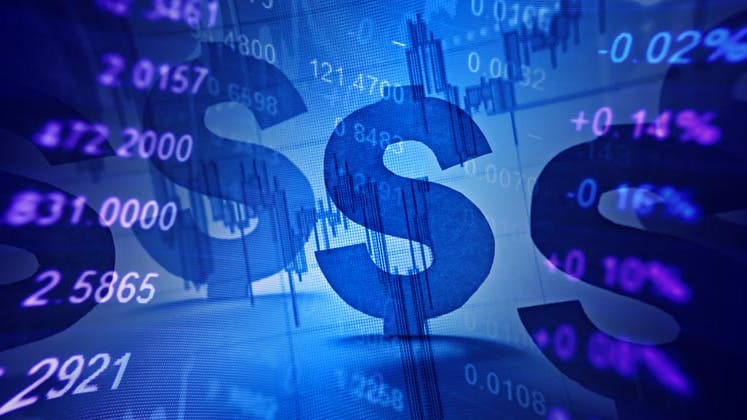 As government printing presses spew money to thwart the recession, there’s a concern that inflation will be an unwanted consequence. Perhaps not the mind-boggling inflation of the late 1970s and early 1980s, when mortgage rates pushed into the 16 percent to 18 percent range, but a significant spike in any event.

Whether Uncle Sam will be able to keep inflation under control is debatable. But some advisers say it’s not a bad idea to start picking up inflation protection for your portfolio.

“I don’t think it’s today’s dragon to slay, but I think it’s going to be over the next 12 to 18 months,” says Herb Hopwood, president of Hopwood Financial Services in Great Falls, Va. “We’re nibbling at some TIPS. We’ve participated in a couple of the recent auctions, and that’s the way I’d recommend most people do it. Buy when there’s a Treasury auction.”

TIPS, or Treasury Inflation-Protected Securities, can be bought as individual bonds or in mutual funds and exchange-traded funds, or ETFs. The following chart shows a few of the mutual funds, ETFs, CDs and bonds that can buffer your portfolio against a weakened dollar and ballooning prices. If you buy a mutual fund from a company other than your own, you may be charged a transaction fee. If you sell an individual Treasury bond before maturity, there is a $45 fee.

One of the benefits of buying an individual bond is that there’s a specific maturity that protects your principal. If you wait until maturity to cash the bond, you’ll get your entire principal. You don’t have that protection with a bond fund.

The yield on TIPS is set at auction and interest is paid every six months. Your principal is adjusted according to the Consumer Price Index, or CPI, and the interest paid on the principal rises or falls accordingly. Inflation increases your principal, deflation decreases it. Hold the bond until maturity and you’re guaranteed to receive your full principal even if a lengthy period of deflation actually eroded its value. If inflation predominated during that period, you’ll receive at maturity more than your initial investment.

Be aware that the distribution yield shown for TIPS mutual funds and ETFs isn’t necessarily what you’ll get. For instance, on the day this article was written, iShares Barclays TIPS bond (TIP) showed a yield of 5.06 percent.

That’s a trailing 12-month yield as of a particular date — in this case, March 31, 2009. That’s not necessarily what a TIP is yielding currently. In fact, according to the iShares Web site, the TIP hasn’t paid a monthly dividend since October 2008. You’re better off looking at the 30-day SEC yield which, for the TIP as of that day, was 1.6 percent.

“Three things are happening each month,” says Matt Tucker, head of fixed income strategy at Barclays Global Investors, the company that created iShares. “We have coupon payments that have come into the fund; we also have a distribution that the fund has to pay on earned income; and the fund will rebalance, so if there are bonds that have fallen out of the index or new bonds that have been issued, the fund will be doing trades to rebalance.

“Those three factors could create positive or negative cash in the fund. It depends on the size of each of the different factors — essentially how much coupon is coming in, how much income we’re paying out, and what the net cash is from any bonds that are added or deleted from the fund,” says Tucker.

If you buy a bond fund or an exchange-traded fund, you’re buying because of the expectation that there will be inflation.

“My concern about an exchange-traded fund or an open-end fund when you’re talking about TIPS is that, while they’ve been out for a while, we still don’t know exactly how they’re going to trade because a lot of it is the expectation — the expectation for inflation,” says Hopwood. “It’s not like buying a Treasury — if interest rates go up, the value goes down and vice versa. You’re buying something that is a hybrid between a zero coupon bond and a coupon-paying bond.”

The Treasury bond fund provides diversification. You’ll have a variety of bonds with differing yields and maturities, but you sacrifice the certainty of having your full principal returned.

If you buy an individual TIPS bond, you’ll get the full principal or more at maturity, and you’ll receive semiannual interest payments. Increases in principal are taxable in the year that they’re earned, even though you don’t receive them until maturity.

“TIPS would always have some sort of interest payment as long as the coupon set at auction was above zero,” says Steve Meyerhardt, spokesman for the Bureau of Public Debt.

Buying TIPS on your own

You can buy individual TIPS bonds easily enough on your own. If you have a brokerage account, you should be able to buy bonds online at auction without paying a fee or sacrificing any yield. If you require a representative’s assistance, you may be charged a commission. Check with your brokerage before buying.

You have the option to make a competitive or non-competitive bid. The bidding process is simple and is explained on the Web site. Individual consumers are strongly advised to make noncompetitive bids. You’ll get the high rate that results from the competitive bidding of professional money managers.