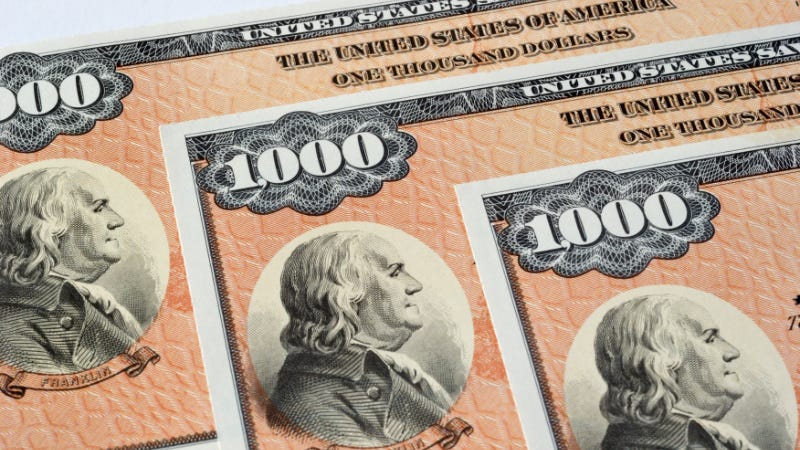 Bonds are generally considered an essential component of a well-rounded investment portfolio. They bring income and diversification to a portfolio, while typically carrying less risk than stocks. With the right approach, you can get as much yield as you would typically get from certificates of deposit (CDs) or savings accounts (and often more), though you may have to endure the fluctuation of bond prices and some additional risk to do so.

Here’s a look at how bonds work and the different types of bonds that are available. We’ll also go over some useful bond-buying strategies and discuss the pros and cons of investing in bonds.

What is a bond?

Bonds are an agreement between an investor and the bond issuer  – a company, government or government agency – to pay the investor a certain amount of interest over a specified time frame. When the bond matures at the end of the period, the issuer repays the bond’s principal to the bondholder. A bond is one way to finance a business and it’s a type of debt security.

The payments on a bond come in two major types – fixed rate and floating rate. On a fixed-rate bond, the issuer agrees to pay a specified amount of interest, and that’s all the investor can expect to receive. On floating rate bonds, which are less common, the payment adjusts higher or lower in accord with the prevailing interest rate. A bond will typically pay interest on a regular schedule, often quarterly or semi-annually, though sometimes annually.

A bond’s payment is called a coupon, and it will not change except as specified in the terms of the bond. On a fixed-rate bond, for example, the coupon might be 5 percent, so the bondholder would earn $50 annually for every $1,000 in face value of bonds, a typical cost for a bond.

Unlike stocks, where prices are driven in the long term by a company’s growth and profitability, bond prices are heavily influenced by the movement of interest rates, the creditworthiness of the borrower, and the overall sentiment of investors.

Most bonds purchased by ordinary investors fall into two categories: Bonds issued by governments and those issued by corporations. But government-sponsored agencies such as Fannie Mae and Freddie Mac also issue a type of bond called mortgage-backed securities.

The U.S. government is considered among the best credit risks in the world, and its bonds, by convention, are considered risk-free, though nothing is ever truly risk-free. In contrast, bonds issued by foreign governments may be considered less safe, but may offer the potential for higher yields.

Savings bonds: The federal government also issues savings bonds, a kind of bond that allows individuals to save directly with the government. Savings bonds function differently from standard Treasuries, and they do not pay out the accumulated interest until you redeem the bond.

Municipal bonds: Usually referred to as “munis,” these are a type of government bond issued by state or local governments. The main advantage of munis is that the returns they generate are exempt from federal taxes and, in some cases, from state and local taxes too.

Corporate bonds: These are bonds issued by large companies, both domestic and foreign. They pay a wide range of interest rates depending on the creditworthiness of the borrower and maturity. Longer-term bonds typically offer a higher yield than short-term bonds.

These bonds are usually divided into two categories:

Mortgage-backed securities: Government sponsored enterprises such as Fannie Mae and Freddie Mac offer a special type of bond called a mortgage backed security, or MBS. These companies create bonds whose payments are derived from the mortgages that back them. So an MBS may have tens of thousands of homeowners supporting the payment of the bonds through their monthly home payment.

[READ: The risks and rewards of corporate bonds]

Basics of a bond quote

While stocks usually come in one variety — the common stock — bonds from the same company can have many different terms, including the interest rate, the maturity and other items called covenants, which may limit how indebted the borrower can become or stipulate other conditions.

A bond quote incorporates some of these items as well as giving you the last traded price. Prices are quoted as a percent of the bond’s full value (par value), which is usually $1,000.

Let’s look at an example from Apple, which has 45 separate bonds outstanding. You can search by issuer to find a list of the company’s bonds, and here’s one Apple bond selected at random:

The naming provides some clue as to the bond’s provisions, and the broker also provides the bond’s rating from the credit-rating agencies, the bond’s yield, the bid and ask prices from investors as well as recent trading prices for the security.

A bond quote includes the name of the issuer, here Apple, as well as the coupon on the bond, 2.45 percent. It includes the maturity date of the bond, August 4, 2026. The “call make whole” feature allows the company to redeem the bond early as long as it pays investors the net present value, today’s value of the future interest payments, of the bond at maturity.

This bond is rated Aa1 by Moody’s and AA+ by Standard & Poor’s. On the Moody’s and S&P scales, the bond ranks in the second-highest tier, making it investment-grade. The rating means that Apple is judged as having very good credit and that this bond is considered very safe.

A bond’s rating is very important in determining how much interest the company will pay on it. A lower rating will cost the company more in interest payments than a higher rating, all else equal.

How to buy and sell bonds

It’s possible to buy bonds directly from the issuer. While that makes sense in some situations –  for example, the U.S. Treasury department’s website is one of the simplest places to buy Treasurys – ordinary investors more frequently buy and sell bonds using one of the following methods:

ETFs can be a great choice for investors, because they allow you to quickly fill gaps if you’re trying to diversify your portfolio. For example, if you need short-term investment-grade bonds, you can simply buy that ETF. And the same goes for long-dated or medium-term bonds, or whatever you need. You have many options. ETFs also offer the benefit of diversification through exposure to a mix of bonds.

If you’re buying bonds for income, then one of your primary concerns is interest rates and where they’re going – up, down or sideways. If rates rise, then the value of your bonds falls. If rates fall, then the value of your bonds rises. But bond investors are also concerned with reinvestment risk, that is, will they be able to earn an attractive return when their bond matures?

So bond investors are constantly trying to optimize the current income from their bond portfolio versus the income that they might be able to earn in the future.

The following strategies are among the most popular:

In each case, the strategy should reflect your anticipated needs as well as your expectations about how the market and interest rates will perform over time.

Advantages and disadvantages of bonds

Bonds offer benefits than make them a valuable counterpart to stocks in most investment portfolios. While stocks tend to offer higher returns, bonds offer other advantages:

But those advantages are balanced with the following disadvantages:

These are a few of the most significant downsides to bonds, but the asset class has performed well in the U.S. over the last few decades as interest rates have continued to fall.

Bonds can provide an attractive return without demanding that you take on the same level of risk as investing in stock. Unlike a stock, where the company must thrive for the investment to be successful, a bond can be successful if the company (or government) merely survives.

While bonds are relatively low risk, they do have some weak spots, especially if inflation and interest rates move higher. But using some smart investing strategies can help mitigate these risks.