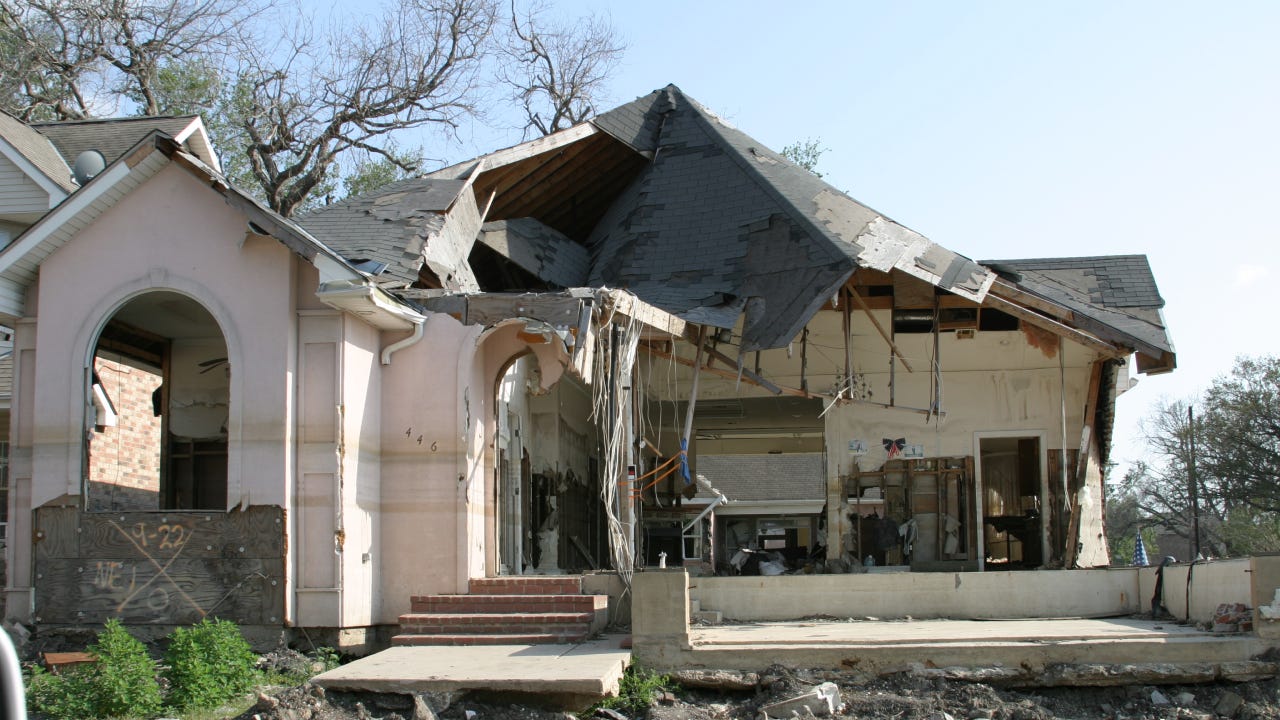 The National Oceanic and Atmospheric Administration (NOAA) estimates that weather and climate disasters in the U.S. have caused over $2.085 trillion in damages since 1980. Roughly 53 events happen each year, causing an average of $49.7 billion. While the economic damage alone is staggering, the damage on an individual scale is no less devastating.

The damage caused to homes by natural disasters

Every weather event comes with its own set of risks to homeowners. Some of the risks associated with natural disasters might be avoidable with the right preparations, while others require specific insurance to protect the homeowner.

The Insurance Information Institute (Triple-I) lists the 10 costliest catastrophes in the U.S. based on property losses, excluding damages covered by the National Flood Insurance Program (NFIP). Eight of the 10 catastrophes were hurricanes, one was an earthquake and one was a drought. Loss amounts have been adjusted for inflation.

Hurricane Maria impacted the U.S. territories of Puerto Rico and the U.S. Virgin Islands in September 2017. Damages from the storm cost just over $31 billion.

The most expensive earthquake in U.S. history hit Northridge, California, on January 17, 1994. The quake caused over $27 billion in damages

Much of the U.S. experienced extreme drought in 2012, causing crop failure, increasing the wildfire risk and sparking fears about the state of the economy. All told, the drought caused over $16 billion in damages.

Wilma struck Florida in October 2005. Despite only hitting one state, the storm caused just over $14 billion in damage in the U.S. alone.

What your insurance covers during natural disasters

Homeowners insurance policies typically cover the structure of your home, detached structures and your personal belongings, as well as your liability exposure. But the types of weather events covered by your policy depend on the type of home insurance that you have, as well as the optional coverage types, exclusions and additional policies you may have purchased.

When it comes to insured losses, every policy and region of the country is different. Especially if you live in an area at greater-than-average risk for certain disasters, that kind of damage may be excluded from your home insurance. You might need a separate endorsement or policy to get coverage. Checking with your insurance carrier to see what your policy covers or speaking with a licensed insurance professional to determine what coverage is needed may help you better understand how your policy would respond to a given weather event.

Below are some examples of common damage caused by weather events and an explanation of how standard home insurance responds:

The best home insurance company depends on the needs of the homeowner. To find an affordable home insurance policy that will fit your needs, we recommend gathering quotes from a few different insurers and comparing them.

Where can I find flood insurance?

Flood coverage is generally excluded from standard home insurance policies but can be purchased from the NFIP or a private insurance carrier.

How can I tell which perils are covered in my home insurance policy?