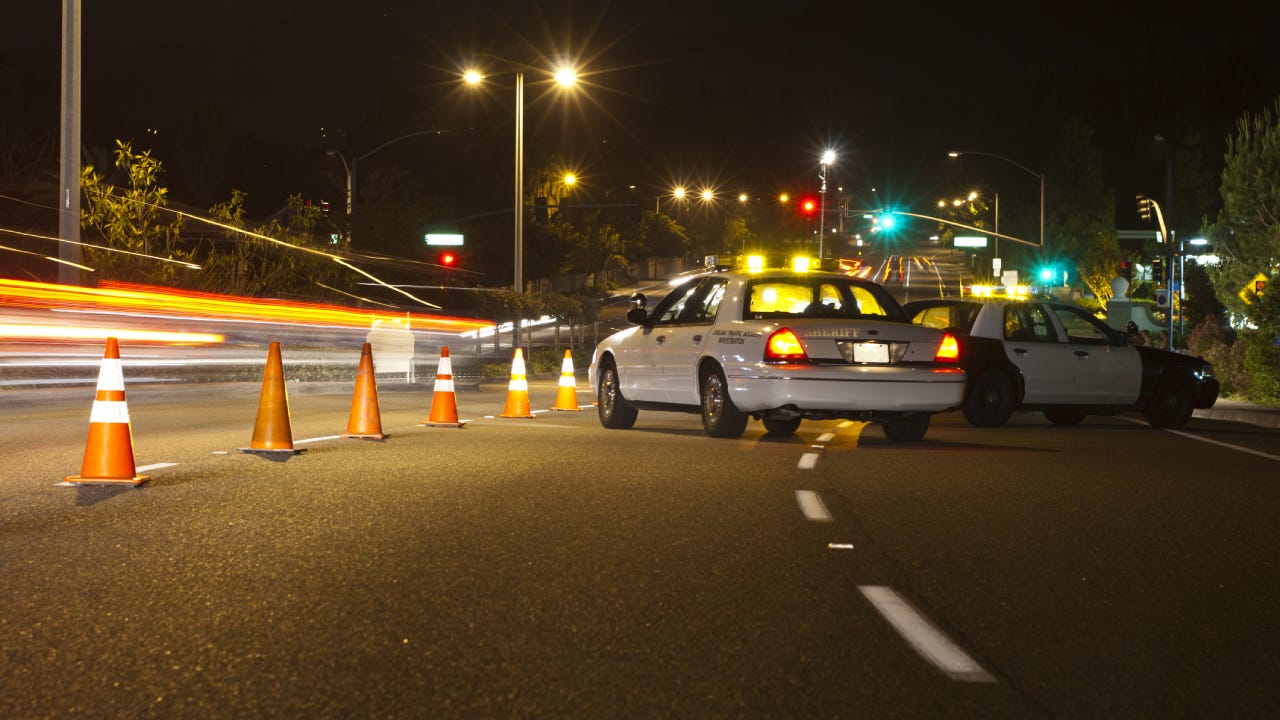 The terms DUI and DWI can be interchanged, as both mean driving under the influence or driving while intoxicated. However, South Dakota officially uses the term DWI.

According to NHTSA data, 38% of the 130 annual deaths in South Dakota were alcohol-related. The state has strict rules to lower the risk of death or severe injury. If your blood alcohol level is .08 percent or more by weight, you could be charged with a DWI in South Dakota. It is also unlawful to drive under the influence of marijuana, drugs or controlled substances that could prevent you from driving safely.

South Dakota DWI penalties range from $450 to $2,000 fine and 30 days to one year in county jail, depending on the severity of the violation. In addition, your driver’s license will be suspended for a minimum of 30 days, which could affect your car insurance.

How a DUI affects your car insurance in South Dakota

Car insurance providers find a DUI or DWI to be one of the most serious charges you can have on your driving record. Driving under the influence can lead to fatalities, severe injuries and costly damages. Depending on your insurance company, coverage may be denied, canceled or not renewed if you are convicted of a DWI in South Dakota.

Finding car insurance after a DUI in South Dakota

A DUI conviction could cost you your car insurance coverage or drive your premiums higher than you can afford. You may need to find a more affordable alternative by shopping around for car insurance quotes and switching carriers. However, not all insurance companies are “DUI-friendly.”

Bankrate looked at average premiums after a DWI conviction from several insurance companies in South Dakota, so you have an idea of what to expect. The cheapest car insurance company after a DUI is Progressive, closely followed by USAA.

If the quotes you receive when looking for insurance after a DWI are still more than you can afford, South Dakota has an Automobile Insurance Plan (AIPSO) for drivers who cannot find affordable insurance.

How will a DUI in South Dakota impact my criminal record?

A DWI in South Dakota should not be taken lightly. A first-time DUI could be a misdemeanor charge unless there were aggravating circumstances, such as refusal to take a blood alcohol level test or if you were driving under the influence with minors in the vehicle. First-time offenders typically get the lightest sentence. Drivers convicted of two or more DUIs could face felony charges. Having a felony on your record could affect whether you can vote, what countries allow you to travel and may even put your job at risk.

What is the fine for a DWI in South Dakota?

South Dakota DWI fines range from $450 to $2,000. However, there are other costs associated with driving under the influence. Your license will be suspended for at least 30 days, and you may need to pay to get it reinstated. You may also need to pay for taxis during the time you are not allowed to drive. Other costs include lawyer’s fees, court costs, vehicle impound fees and higher car insurance premiums.