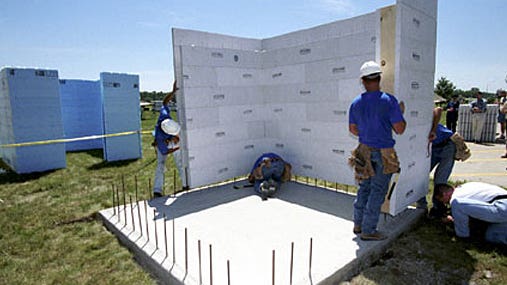 When dangerous weather threatens your family, there may not be much time to get to safety. But right there in your own home, you could ride out a severe tornado or hurricane in a room so sturdily built that it would be the only thing standing after the storm. Amid the trauma and tragedy of destruction, you and your loved ones would be uninjured and safe.

The Federal Emergency Management Agency, or FEMA, claims that such a “safe room” can give you “near-absolute protection” from tornadoes and hurricanes.

Officials point to stories, such as how an Athens, Ala., couple and their two children emerged unharmed from their reinforced-concrete-block safe room when a deadly tornado destroyed the family’s home and most others in their neighborhood in 2011.

After the recent tornado that flattened much of Moore, Okla., the mayor of that Oklahoma City suburb said a safe room should be required in every new home built in the community. Oklahoma is eager for more residents to have safe rooms in the tornado-prone state and has a program offering rebates on new safe rooms of up to 75 percent, or as much as $2,000. Residents who’ve lost homes to tornadoes are given priority.

What exactly is a safe room?

A safe room is a specially reinforced area in your home that can serve double-duty for another use, such as a closet or bathroom. Or it could be a stand-alone room in the garage or a shelter outside the house.

You can build a safe room as part of a new home, or you could retrofit a room in an existing home.

But don’t expect a discount on your home insurance, says Loretta Worters, vice president of the Insurance Information Institute, a trade group.

“Safe rooms protect people, not property,” says Randall S. Guttery, director of real estate programs at the Naveen Jindal School of Management at the University of Texas at Dallas.

Designs and construction plans available from FEMA and the International Code Council can tell a contractor what materials to use and how to build a safe room for you that will handle specific hurricane or tornado wind loads and impacts from flying debris.

Under these guidelines, you could expect your safe room to withstand 250 mph winds and the impact of a 15-pound plank hitting a wall at 100 mph, according to the Insurance Institute for Business and Home Safety, or IBHS.

Just how tough is that? It would take five layers of ¾-inch plywood boards to stop that impact.

Safe rooms designed to the FEMA and ICC standards are recommended for both tornadoes and hurricanes, says Leslie Chapman-Henderson, president of the Federal Alliance for Safe Homes, or FLASH.

And be sure you understand what types of safe rooms and storm shelters can be installed on your property. “Safe rooms come in all shapes, sizes and costs. If you live in an area of the country with (an) outcropping of rocks, such as New England and parts of Oklahoma, underground storm shelters likely are not an option,” says Guttery. “The key is to choose the product best for your family.”

Paying for a safe room

Including an 8-by-8-foot safe room in a new home under construction can cost up to $8,700, according to FEMA. A 14-by-14-foot safe room can cost as much as $14,300. FEMA says there can be big variations in the costs, depending on the size of the safe room, its location in the home and other factors. 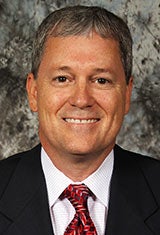 “The key is to choose the product best for your family,” says Randall S. Guttery, director of real estate programs at the Naveen Jindal School of Management at the University of Texas at Dallas.

Retrofitting a room in an existing home will cost about 20 percent more than building a safe room into a new home because modifying the existing walls or foundation can be complicated.

Financial assistance assistance may be available from a variety of sources.

For example, “FEMA’s Hazard Mitigation Grant Program provides grants to states and local governments to implement long-term hazard mitigation to reduce loss of life and property. Should you receive a grant, it will reduce your cost by up to 50 percent, generally capped at $3,000,” says Guttery.

For financial assistance options in your area, FEMA says to begin by checking with your state’s emergency management department.

If you live in a flood zone or a storm-surge area, a safe room is anything but safe during a hurricane, cautions Tim Reinhold, IBHS senior vice president of research and chief engineer. “You wouldn’t want to be locked up in a safe room with water rising,” he says.

Also, while some homeowners opt for a safe room or shelter outside the house, those require time to reach, Reinhold says. Wait too long, and you risk going out into high winds with blowing debris.

That means you have to be alert and heed hurricane or tornado watches and warnings. Reinhold recalls a tornado that hit an area of 100 homes — all with shelters — near Birmingham, Ala. But only two families made it into their shelters.

“You have to be aware that there is a threat, and (of) the time it takes to prepare,” he says.