Do as I do: Set a good money example for your kids

It’s a common complaint of parents that their young adult children aren’t financially responsible. And there might be some truth to that grumbling. If your kids haven’t stepped up, what can you do about it?

“The best thing a parent can do is teach (his or her) kids to be financially independent,” says Bob Morrison, founder of Downing Street Wealth Management in Littleton, Colorado. “If you’re into subsidizing their lifestyle, that’s bad for both parties.”

That doesn’t mean you can’t give your kids money. You can. But there’s a world of difference between “once in a while,” which is “more a gift,” and paying for your child’s apartment, insurance, cellphone, vacation or other expenses every month, Morrison says. 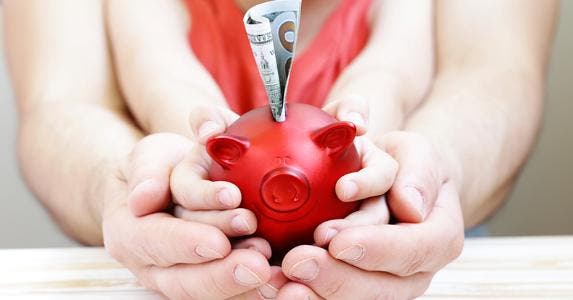 Parents must fix their own habits first

A crucial first step is for parents to polish their money skills, says Charlie Bolognino, founder and financial consultant at Side-by-Side Financial Planning in Plymouth, Minnesota.

Many adults have found ways to “skate through” their own lives without having serious conversations about money with their spouses or children, Bolognino says. Years go by and big questions remain unasked and unanswered, and poor financial habits and money skills remain unchallenged and unchanged.

Those bad financial habits can be small things like expenditures of, say, $50 or $100, that have been hidden from a life partner. Or, they could be big things like financial infidelity or gambling problems, Bolognino says.

Either way, such things need to “come to light,” be acknowledged and perhaps forgiven between spouses. Then, a metaphorical flag must be put in the ground to signal intent to take more financial responsibility, he says.

“The parents have to get healthy first, having that conversation and putting some healthy behaviors in place,” Bolognino says. “Those things will add credibility to the conversation they have later with their kids.”

More On Teaching Kids About Money:

Ideally, parents should say “no” when small children throw temper tantrums to get what they want, she says. Parents who didn’t set those limits at that time might need a family intervention with a financial adviser years later to reset that course once those children are adults.

“The biggest problem is not living within your means,” Rogoszinski says. That applies to parents and their adult children.

“You facilitated everything for your child, even though it meant you getting into credit card debt, maximizing your home equity borrowing and not funding your retirement,” she says.

“Now your kid has a $250 watch, drives a new car every two years and comes out of college with $100,000 in student loans. (He or she) can’t afford an apartment, car, phone, vacation, going out, without somebody supplementing them,” Rogoszinski says.

Future may be rocky if changes aren’t made

The realization by parents that they can’t afford to give their kids every luxury might be a source of embarrassment or shame for some affluent parents. Yet, the alternative isn’t comfortable, either.

“The heart-to-heart conversation has to happen because, if not, that kid will be carrying the parents for the rest of their lives at some point. If the kid wants to do that, that’s great. If not, you need to have this conversation sooner rather than later,” Rogoszinski says.

Morrison says some parents fall into the trap of mixing up love and money, though he believes these two aspects should be kept separate. Parents have good intentions when they financially subsidize an adult child’s lifestyle and don’t always realize this practice can be destructive if it’s continual and long lasting.

The bottom line, as Bolognino explains, is that “parents can’t control their children’s behavior.” They can set an example by sharing their own stories, admitting their financial mistakes and explaining how they’ve improved their money skills.

The only real solution is for parents to stop subsidizing their adult children’s lifestyles and redeploy those funds to their own financial needs, particularly retirement savings.

“Even though it’s difficult, they need to communicate that they’re no longer going to be paying those expenses, and the child needs to find other means or cut that expense. It starts with communication and then action,” Morrison says.