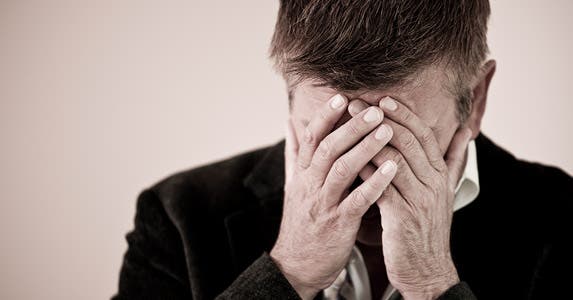 Save by switching cellphone carriers

Editor’s note: Each week, one of Bankrate’s personal finance reporters is reporting on a new way to save and chronicling the savings journey. This week, I shopped cellphone carriers to see how much I could save and to share my experience with you. See what happened.

Last year my husband Kevin, 58, expressed a more-urgent-than-usual desire to retire from his well-paying electric utility job after 34-plus years of service. He wanted to be able to enjoy life by playing on the community tennis team while his knees still worked and by surfing whenever the waves beckoned. Kevin doesn’t do stress well, and he threatened to drop dead at his desk if he continued to work. Also, he promised he would pick up most of the housekeeping chores.

I want him alive, and I don’t particularly like doing chores, so I supported his decision.

Our income plummeted about 50 percent effective September 2014. Believe me, that is a noticeable drop. I examined our spending patterns in 2014, searching for areas of profligacy in the budget, and saw a few categories where we could save money. I zeroed in on telecom costs first. 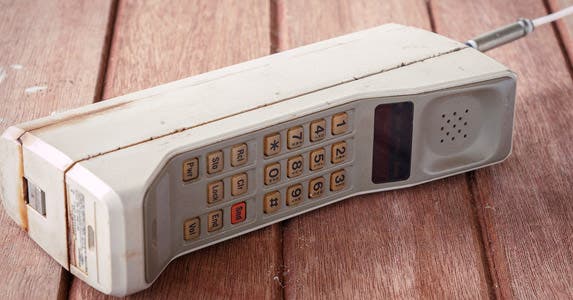 Are cellphones a want or a need?

Twenty-odd years ago, only the very rich carried cellphones — those big monstrosities that they would use in restaurants to communicate loudly with whomever. I found these people to be rather pretentious because it was an undisguised way to flaunt their wealth. But now, of course, cellphones have been democratized and are ubiquitous. Yet, they can cost a lot.

“I wish cellphones were a ‘want,’ but in this day and age, I really classify them as a ‘need,'” she says. “Too much of our life is tied to accessibility, whether to ensure being able to be in touch with children or parents or to be in touch with information needed quickly and easily accessed via a cellphone.

“My cellphone is more for peace of mind,” she adds. “And the phone is also a necessary efficiency device for me to juggle as many balls in the air that I can without dropping them. I can’t even think what life would be like without my cellphone at hand.”

I concur that the phone is way too convenient to consider letting go altogether. Classification: Need. 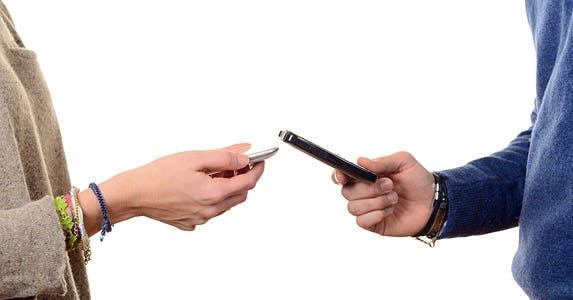 Kevin’s former boss had pressured him to get an iPhone, and his employer picked up about half of the monthly service tab from 2012 until he retired. My boss had offered to get me an iPhone, too. Even though the company would’ve paid for my entire monthly bill, I politely declined the offer. I don’t want to be tethered to work email 24/7. No, thank you! I’ll stick with my Android and pay for it myself.

Anyway, after Kevin retired, we were stuck with his cellphone plan’s monthly service charge of $105 from a Ma-Bell company. Add to that another $55 for my cellphone service with T-Mobile, and that’s a sizable monthly payment. On top of this, we’re paying for a landline and Internet service at home. But those are non-negotiable needs. 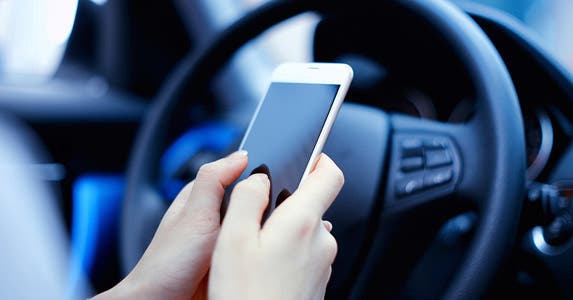 Ask and you will receive

My $55 monthly T-Mobile bill was actually much higher in early 2014 — around $87 a month. It struck me as a lot of money to pay for a cellphone plan. I generally use my phone to call, text and occasionally scan the news if I’m stuck on the road at one of South Florida’s drawbridges, which open on demand for the fat cats in their yachts who inconvenience the people on terra firma so that they can go fishing or whatever.

So about a year ago, I called T-Mobile and asked, “How can we get my bill down from $87 a month?” The customer service rep looked at my usage data and determined that I was paying for unlimited data — as if I played games and downloaded movies all day long. In fact, I was using very little data, so I was put on a $65-a-month limited-data plan.

A couple of months later I called again to see if I might be eligible for a further discount. I got transferred to the customer retention department, was congratulated for being a T-Mobile customer for 12 years and was awarded a $10 monthly loyalty discount good for six months.

When my bill bumped back up to $65 six months later, I called and asked for another discount. Sometimes it pays to be loyal. 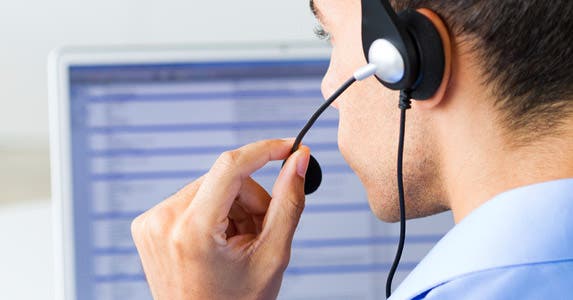 Switching was a bit of a hassle

So anyway, we needed to get rid of that $105 bill that Kevin was paying the Ma-Bell company, which has a well-deserved reputation for really crummy customer service.

Kevin was perfectly willing to switch to a flip phone to save money, but he spends a lot of time reading ESPN news and CNN and other stuff on his iPhone — way more than I do — so early this year I called T-Mobile to see what it would charge if Kevin kept his phone and switched his service to T-Mobile. Turns out it was offering a special for two lines with unlimited talk, text and data for $100 a month.

The instructions were simple: Kevin had to call his conglomerate phone company and ask it to unlock his phone. But the actual process was complicated. He had to go to the Apple website and follow directions on how to back up what was on his phone, which wipes out the phone completely, so that he could restore the information once the phone was unlocked. He had to download the latest software on his phone, a process that took three hours.

Unfortunately, because his Ma-Bell phone service provider neglected to do something on the back end, his phone didn’t get unlocked as expected. Mission not accomplished. 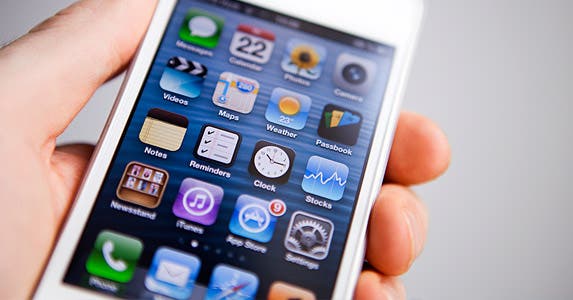 So Kevin had to redo the backup all over again. Like I said, my husband doesn’t do stress well, so this setback was major from his standpoint. He was ready to give up and just buy a flip phone at Wal-Mart, as long as he could port his phone number.

I encouraged Kevin to try again; after all, now he was familiar with the process. Fortunately, the second time around it worked like a charm.

I asked Bankrate’s mobile editor, Mike Cetera, if we did this right, albeit after the fact. “You lucked out with regard to switching from AT&T to T-Mobile,” he says. “Because of the way phones are built for specific carriers, not all phones work on all carriers.”

Ultimately, he says, we made a pretty good choice. “Paying $100 a month for both lines and with unlimited talk, text and data is a very nice deal. Financial services firm Cowen and Co. says the nationwide average bill is $90 a month per phone. And a 2013 survey found that the average T-Mobile subscriber pays $120 a month.

“This number is skewed a bit because it includes both single users and family plan customers,” he adds. “But T-Mobile is also the least expensive major carrier. Average bills — again, including all plans — at the other three carriers all topped $140.”

My husband’s former cellphone carrier charges $141 per month, according to that survey. 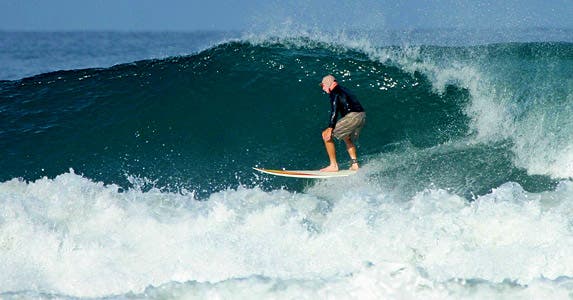 We didn’t take the least expensive route. Mike-the-mobile-editor points out that we could have saved even more money by switching to a discount carrier.

“The downside: You would have had to buy new devices, although your husband would have been able to port his number,” he says. “Using one of these carriers, your monthly plan could be significantly less than the $100 you’re paying at T-Mobile. Ting, which topped Consumer Reports’ national survey for best service provider, says its average customer pays less than $30 a month. It sells a pay-what-you-use model. So if you don’t use that much data or don’t text a lot, you don’t pay for it.”

Well, we’re saving about $60 a month in telecom costs now, though it appears we could’ve done better.

We’re looking for other ways to cut back on spending — groceries are a big part of our budget.

Kevin got a couple of little part-time jobs at some exclusive country clubs in our area to help out with grocery money. The hours suit his hobbies, but they don’t suit me because now he works nights and on the weekends, and I don’t see him as much as before.

I can take some comfort in the fact that his jobs are seasonal. Pretty soon he’ll be completely free again, at least for a while. Yep, that’s him surfing in the photo above.

There’s one thing, though, that we didn’t take into account when we switched to T-Mobile. 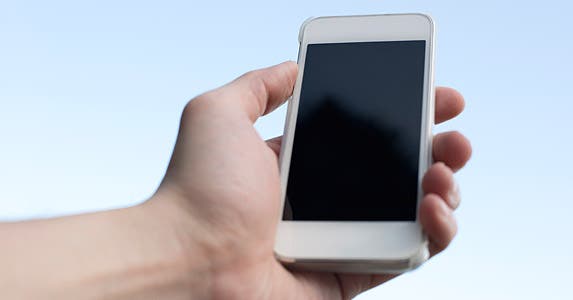 Coverage not the best

We discovered that my husband sometimes can’t get a signal from a couple of the area beaches. This never was an issue before.

My husband loves to surf, despite the perils of deadly sea creatures in whose territory he is trespassing. I realize there’s nothing I can do to stop him. But I impose a rule when he goes surfing: He needs to let me know which beach he goes out surfing at. The reason: In case he doesn’t come home, I’ll know where the Coast Guard can start its search. Surfers can get into all sorts of trouble out there in the water.

Along the Treasure Coast where we live, Kevin could be surfing at any one of 20 beaches. As it happens, now when he’s at Walton Rocks or Blind Creek, he can’t get a signal, so he can’t text me or call me.

Coverage is an important consideration, says CFP professional Leslie Trowbridge. “Make sure you research what you are trading price for,” she says. “Just because there is a low price doesn’t mean it will be a better plan for you and your needs.”

If I don’t hear from him, I can’t do much else than pray for his safety.

Kevin says he’d rather die at sea than at a desk in an office. Small comfort, that.