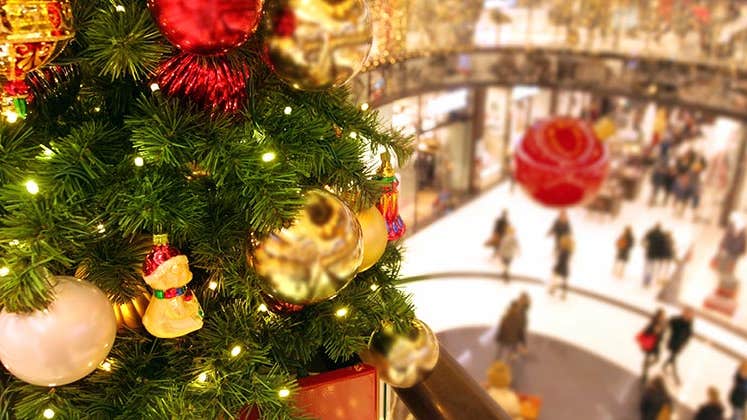 When it comes to holiday spending, cash will be king this year, according to the latest Bankrate Money Pulse survey.

Deciding how to pay for holiday purchases can have a big impact on consumers’ bottom line. That’s because shoppers this year will spend an average of $805.65 on gifts, decorations, food and other holiday-related purchases, according to a survey for the National Retail Federation, a trade group in Washington, D.C.

“Paying with cash or debit means people definitely have changed their priorities. They’re going to buy what they can afford and no more. That’s very good,” says Ronit Rogoszinski, wealth advisor at Arch Financial Group on New York’s Long Island.

Wealthy more likely to use credit

Income and age appear to be factors in the decision to use cash over plastic, the survey found.

Americans with household incomes of less than $30,000 were most likely to say they will use cash for most purchases (53%), while 21% of those with household incomes greater than $75,000 say cash will be a first option. Indeed, high earners were the most likely wage demographic to indicate they will use credit cards for most of their holiday purchases.

That’s not the case for millennials. Just 14% say credit cards will be their No. 1 choice. This reflects something an earlier Bankrate survey found: 18- to 29-year-olds just don’t like credit cards.

So how will young adults pay for their holiday purchases? Nearly half of millennials (48%) say they will use a debit card the majority of the time.

That choice can have both positive and negative consequences.

Debit cards are “great for budgetary control,” says nationally recognized credit expert John Ulzheimer, but they don’t offer as much protection for consumers as credit cards.

That means you’ll almost never lose money if your credit card is used in a fraudulent manner.

Debit cards don’t have those same protections. Debit card holders are liable for $50 if they report fraud within 2 days and up to $500 if they report within 60 days. Any loss will probably be returned, but not immediately, leaving consumers to contend with less money in their bank accounts in the meantime.

Are you scared of identity theft?

Bankrate's Money Pulse survey found that a majority of Americans (54%) indicate they are very frightened or somewhat frightened of ID theft. Find out how you can protect yourself.

“It’s a lot safer to use a credit card,” says Ulzheimer, who formerly worked at the credit bureaus FICO and Equifax. “Although the counter-argument is that you can also get into a lot more debt, which is absolutely true.”

Retail store-branded credit cards offer the same trade-off. They also have higher interest rates and lower credit limits, which can hurt a consumer’s credit utilization ratio and, in turn, their credit score.

“Buying $1,000 of holiday presents on a retail card means something very different from buying $1,000 on a credit card with a $30,000 limit. In one case, it’s almost immaterial. In the other, it could be very problematic,” Ulzheimer says.

Smartphone use not yet catching on

Of course, cash, debit cards and credit cards aren’t the only ways to make purchases. The Bankrate survey also asked consumers about spending via mobile payments (commonly referred to as mobile wallets) and by check.

The survey found that spending by check is a dying payment form, with just 3% of Americans indicating that’s the dominant method they will use this holiday season.

As for mobile payment services like Apple Pay, Android Pay and Samsung Pay, consumers have yet to warm to this technology.

The Bankrate survey found that 84% of smartphone users do not plan to use a mobile wallet app to make an in-store purchase this holiday season.

“Using your phone to pay makes a lot of sense,” Oxman says.

Security is a concern among shoppers who don’t plan to make a mobile wallet purchase. The Bankrate survey found that 36% thought the platforms weren’t secure enough, even though fraud is more likely to occur with a swipe card that has a magnetic, or “mag,” strip on it.

One other way to spend

The downside, according to Oxman, is that cash can be lost or stolen, and there’s no replacement plan for paper money. Cards also can be helpful if a purchase needs to be returned, exchanged, is defective or gets broken.

Another idea Ulzheimer likes is to shop with gift cards accumulated during the year or earned through a credit card rewards program.

“It’s a fantastic thing to wake up after the holiday season and get your credit card bills,” he says, “and there’s nothing on them.”

Methodology: Bankrate’s Money Pulse survey was conducted Nov. 5-8 by Princeton Survey Research Associates International with a nationally representative sample of 1,000 adults living in the continental U.S. Telephone interviews were conducted in English and Spanish by landline (500) and cellphone (500, including 276 without a landline phone).

Statistical results are weighted to correct known demographic discrepancies. The margin of sampling error is plus or minus 3.8 percentage points for the complete set of data.