From banking to budgeting to buying stocks, we can live nearly all of our financial lives on a mobile device.

And Americans have shown a willingness to give it a try, particularly when it comes to accessing their checking or savings accounts. A December 2013 survey for the Federal Reserve System found that 51 percent of smartphone owners in the U.S. had engaged in mobile banking in the past year.

However, the majority of us are far from abandoning more traditional ways to manage our money. In a 2014 survey for Bank of America, 60 percent of American smartphone owners balked at using their devices as electronic wallets, and 38 percent thumbed their noses at making in-store purchases via their smartphones. Six of 10 smartphone owners preferred checks, credit cards or cash as payment methods.

“These days, there is an app for everything, and in most cases you can do almost everything on your smartphone,” says Dan Hirning, CEO of Prilock Internet Security, a provider of online security training. “The real question is, should you? In this day and age, is a little convenience worth compromising your financial safety and future?” 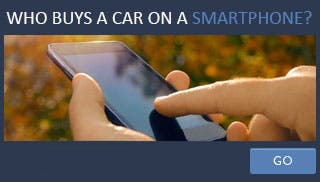 Southern California advertising executive Timothy Trudeau hasn’t shied away from carrying out financial chores on his smartphone. His Samsung Note 4 is loaded with an array of financial apps: Chase for banking, Credit Karma for credit monitoring, PayPal for sending and receiving money, Mint for financial management.

Trudeau calls Mint a “nice little watchdog,” notifying him by email if any unusual activity pops up. While Trudeau enlists help from a CPA and an accountant for his ad agency, he says Mint “is a great way for me to have an extra set of eyes on the books to make sure everything is on point.”

Handling finances on the go offers convenience, he says.

“I am in and out of the office, and in and out of town all of the time,” Trudeau says. “I used to get behind in financial tasks because I was only able to do many of them when tied down to my desk.”

Trudeau, who worked in Internet technology for seven years, says relying on his smartphone for financial dealings demands a balance between convenience and trust.

Security threats around every corner

To ease any angst you might have about conducting financial business via smartphone, Prilock’s Hirning suggests:

However, John Pironti, an information security specialist with ISACA, an IT association, cautions that smartphones remain somewhat “immature” from a security perspective, compared with traditional desktop or laptop computers. For one thing, he says, mobile devices are more prone to theft than desktops and laptops. Furthermore, Pironti says, smartphones connected to public Wi-Fi networks are susceptible to data theft.

Without securing your smartphone, all of your personal data, including passwords, logins and account access, can be swiped, Pironti says. Even if your security is airtight, not every financial transaction is cut out for your smartphone, he says. For instance, you should stick with a computer if you need to fill out a lengthy loan application.

Paying mortgage, taxes with an app

“It’s been operational for almost a year, but I’ve only been on it for about six months. In that time, it’s worked well,” Coher says.

Other than a recent refinancing of his home, Coher turns to smartphone apps for pretty much every financial chore. That includes making his monthly mortgage payments. He’s even toying with filing this year’s tax return on the mobile version of TurboTax.

“Anything financial that you can do on a computer can be done on a smartphone. And it can generally be done just as easily,” Coher says. “I highly recommend taking the time to learn how the different mobile apps that are available for what you’re trying to do work and find the app that you’re most comfortable using.”

No limit to mobile uses

Coher foresees a day when every financial task can be conducted on a smartphone. The only limitation, he says, is what banks and other financial services providers are willing to allow customers to do on mobile apps.

If a new report from Javelin Strategy & Research is any indication, that day is relatively far off, though. One of the more common financial chores completed on smartphones — payment of bills — remains an experiment or novelty in the eyes of many American consumers, according to Javelin. The report says Americans fork over $3.3 trillion a year to pay seven important bills, but mobile payments make up just $95 billion of that amount.

On the flip side, a majority of American investors (56 percent) who use smartphones and other mobile devices are comfortable with undertaking sophisticated investing tasks on financial apps, according to a 2014 survey for investment giant Fidelity.

In the broader banking market, mobile apps are making it easier for consumers to toggle between providers of financial services, a new study from consulting firm Bain & Co. suggests.

“As more digital startups and specialist firms — which are less encumbered by legacy systems and regulations — enter the market and siphon off business, banks stand to lose even more customers and profits,” the study says.

That, in turn, could lead to more choices for smartphone-loving consumers who have an appetite for financial apps.

John has nearly 30 years of experience in journalism, brand journalism, blogging and public relations. He is editor in chief at Austin, Texas-based startup SpareFoot, which helps people find and book self-storage units. John also writes for The Huffington Post, PR Daily, Muck Rack, CultureMap Austin, Allvoices, Texas Enterprise and Texas School Business magazine. From 1999 to 2006, John was editor and managing editor of the Austin Business Journal. John's interests include sports, movies, music, travel and dining out. A native of Kansas, John earned a bachelor's degree in journalism from the University of Kansas.