How to find a reputable moving company 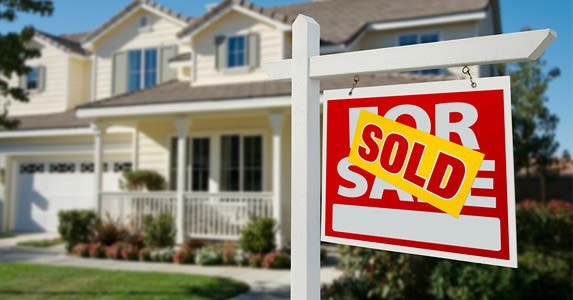 Moving to greener pastures is a major event, whether you’re headed across town or across the country. It can also be pricey, but fixating on price alone may wind up costing you a bundle. Just ask Rusty Buchanan. When he moved to Los Angeles, he wound up spending nearly $90,000 in legal fees to recover his belongings from a rogue mover who held his property hostage for 18 months.

“It was a total, complete con,” Buchanan says.

Buchanan’s move turned out to be a nightmare partly because the person who drove off with his possessions didn’t work for the moving company that Buchanan thought he was doing business with. He was a subcontractor.

Buchanan is not alone. The Better Business Bureau, or BBB, fields thousands of complaints against movers each year. The Federal Motor Carrier Safety Administration, or FMCSA, cites the most common consumer complaints against household goods movers as shipments held hostage, loss, damage, delays, unauthorized movers and overcharging or other deceptive practices.

You can avoid moving rip-offs with a little due diligence, simple tips and new tools that make it easier than ever to move smart. 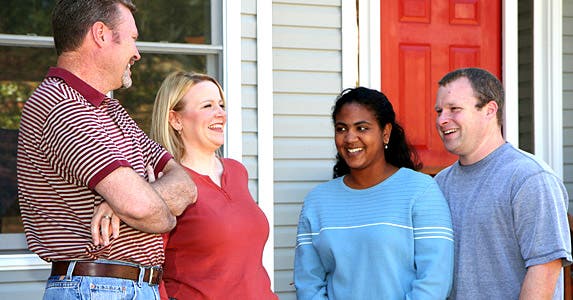 The Internet has made it a snap to score great deals. But “going online to find a new pair of slacks is very different than finding the person who’s going to take everything you own, put it on a truck, put a padlock on it and drive away,” warns John Bisney, director of public relations for American Moving & Storage Association, or AMSA.

Interstate haulers need a Department of Transportation number to operate and be insured. Confirm they’re roadworthy by calling the Federal Motor Carrier Safety Administration at (800) 832-5660 or go to ProtectYourMove.gov.

Also check BBB.org for a list of accredited moving companies. 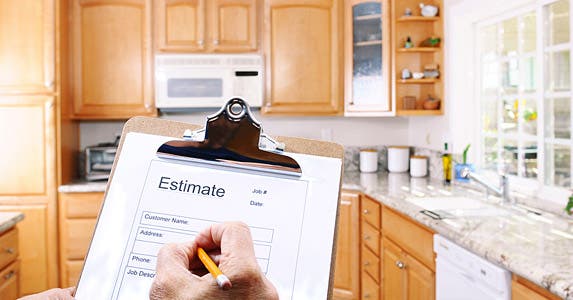 Before you sign a contract, compare estimates from at least three moving companies and understand how different types of estimates may affect your wallet.

Under binding estimates, you’ll pay a stated price. If goods or additional services are added to your shipment, the estimate will be increased before loading and shipping to protect against unforeseen price changes. Extra costs won’t be due until 30 days after delivery.

Nonbinding estimates set the final cost after your goods are weighed and your final move distance is computed. If your shipment’s lighter than first estimated, you’ll pay less. But if your goods weigh more, the tab climbs. Depending on the extra services you get, you may have to pay additional fees at delivery rather than 30 days after.

Extras include shuttle service fees, which kick in whenever shipments are transferred to smaller trucks because full-sized vans can’t operate on certain roads. There may be charges for dismantling large pieces or delivering certain items to different locations.

Reputable movers will help identify extras for you by conducting in-home estimates so they know what you have. 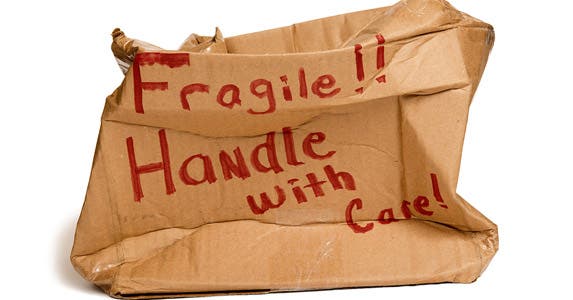 Your belongings will cost a bundle to replace or repair, so insurance is a must.

Don’t rely on homeowners insurance. It won’t cover property that’s being moved. To fill the gap, consider trip transit insurance. “It will protect you in the event of theft, loss or fire,” says Loretta Worters, vice president at Insurance Information Institute, or III. “It won’t cover the cost of repairing broken goods when they’re with movers.”

That’s where the moving companies kick in. Interstate movers are liable when items they’re transporting are damaged or go missing. But the extent of their liability varies, depending on the coverage.

Released value protection is the cheapest coverage you can buy, but experts say it’s often not worth the savings. That’s because movers’ liability is limited to 60 cents per pound, per article. If your 15-pound antique table falls off a moving truck, compensation to you is set at $9.

A more expansive option is full-value protection. Although it costs more, movers are liable for replacing or repairing possessions, or paying you a cash settlement to fix or replace an item at its current market value. For that reason, experts often recommend this option. 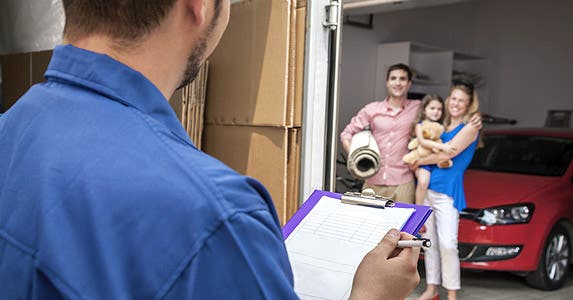 Some moving companies use brokers or subcontractors to drum up business. Federal law requires brokers to identify themselves, but bad brokers won’t volunteer this information, says Bisney. “Confirm. Ask, ‘Are you a mover or do you broker your moves?’ They’re required to tell you.”

No bricks and mortar: It’s a snap for shady operators to throw up a snazzy website to lure clients. Before hiring anyone, check their address. Is it a secure business or a vacant lot?

Phone quotes and super-cheap estimates: Price sounds too good to be true? If you get a substantially cheaper quote than others, research why. “You don’t want to be caught in a bait-and-switch situation when your property is in transit,” says Davis.

Demands for cash: Reputable movers won’t demand upfront payments. In fact, under the 110 percent rule for non-binding estimates, you can’t be required to pay interstate movers more than the original estimate plus 10 percent at the time of delivery. 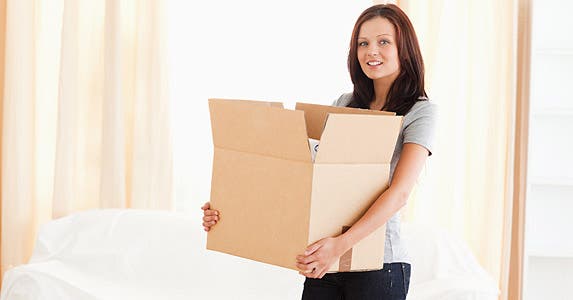 Stay involved, but not too much

So you want to pack up your gear in free boxes from the supermarket to save money? Not so fast. That budget-saving tactic may wind up being a costly mistake. That’s because movers won’t accept liability for items they didn’t pack. If you have expensive, fragile or irreplaceable goods like heirloom china, you may want to leave it to the pros.

What should you move yourself? Small valuables, such as jewelry or cash, as well as medical records or irreplaceable photographs and anything else you can’t risk losing.

Don’t disappear when your goods are being packed for you. You may not be elbows-deep in Bubble Wrap, but you should see what’s going into boxes. Items should be listed on an inventory that will be given to you by the moving company.

There are apps for that

You may want to consider using an app to help you stay organized.

An app called Moving Day creates labels that you can scan with QR codes so you can see what’s packed without having to go through the hassle of opening boxes. The Insurance Information Institute’s Know Your Stuff – Home Inventory app lets you enter information and photos of your property through the app or its Web-based software so you can keep track of everything. 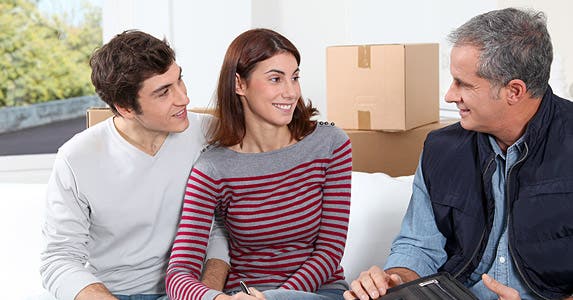 Once everything’s packed, the moving company will give you a bill of lading, which spells out the conditions of your contract and includes an inventory of your property and other critical information. Read the fine print and ask questions before you sign.

“All interstate moves and most intrastate moves are subject to government regulations, which have been written to address almost every possible scenario, so there are definitely some fine points consumers should be aware of,” says Bisney. “Many more variables can affect the cost of a household goods move than would come in effect for a simple product purchase.” 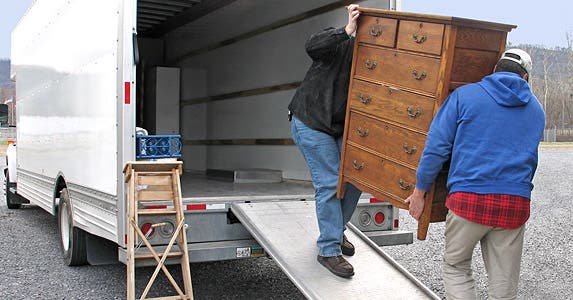 Know who to complain to

Although many go smoothly, some moves can go awry. If yours is among them, you should first file a complaint with your mover within nine months from the date of delivery. After that, a mover has 30 days to acknowledge formal receipt of it and an additional 120 days to resolve the claim. If no agreement is reached, interstate movers have to participate in an arbitration program by law, but cases often don’t reach that point, says Bisney.

“There’s no question most movers prefer to try to settle a claim than go through the expensive alternative of a lawsuit,” says Bisney.

If you don’t reach an agreement, AMSA may help by contacting movers on your behalf. It also has an arbitration program that may resolve certain cases.

The BBB also can act as a third-party mediator in a dispute, but it can’t force movers to compensate you for lost or damaged goods.

You can also file complaints against movers with the FMCSA (call (888) DOT-SAFT), and the agency’s website links to state agencies and guidelines for seeking compensation from local movers.