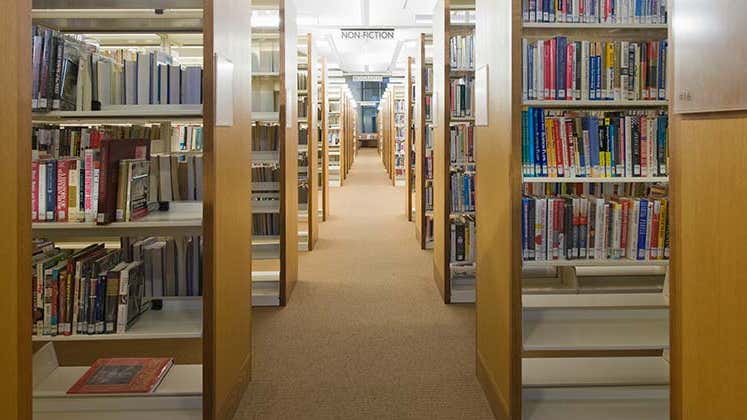 If you can’t swing the cost of your own Wi-Fi hot spot or regular family trips to the children’s museum, your local public library may be able to help you save money.

Today’s libraries are doing a lot more than lending out books. In programs tailored to their communities’ needs, they are offering access to a wide range of products and services that help people save money by sharing instead of buying.

“Fundamentally, libraries have always prioritized being responsive to communities as their needs evolve,” says Vailey Oehlke, president of the Public Library Association, who adds that the definition of a library collection is also constantly changing.

So now you have libraries in places like Gross Pointe, Michigan, Berkeley, California and Arlington, Virginia, which offer an assortment of tools and lawn equipment for patrons to borrow.

New York, Chicago and Seattle are among the cities that rent out mobile hot spot devices at their public libraries. The Sacramento library offers access to 3-D printers.

Some libraries, including those in Chicago, Boston and San Diego, circulate passes to museums and other cultural attractions for a savings to patrons.

“I know of one library that’s been doing that for years, and they’re in incredibly high demand,” Oehlke says.

In Portland, Oregon, where Oehlke is director of libraries for Multnomah County, a local authors’ lecture series recently started a program to make extra event tickets available to the public for free.

“For a lot of libraries, it’s really about addressing that opportunity gap, recognizing that for a lot of folks, that kind of access isn’t easy to come by,” Oehlke says.

As libraries continue to expand their mission, one prominent focus has been the promotion of “digital inclusion,” providing more equitable and affordable access to technology.

More than 97% of U.S. libraries offer free wireless Internet access, according to a survey by the American Library Association, while 98% offer some type of technology training on site.

The ALA has an online calculator that lets you estimate how much you save money by using various library services. You plug in the number of times you use a service on the list and get back a dollar value, with varying sources used as the bases for the calculations.

Five hours of free computer use is a $60 value, using the fee that FedEx/Kinkos charges for computer time as a yardstick. Borrowing 4 museum passes is worth $80, based on the average admission cost for 2 adults. Checking out 6 movies at the library saves you $24, compared to downloading them from Netflix.

And the benefit of that old school library function shouldn’t be overlooked. Checking out 10 adult or children’s books represents a $170 savings, based on average prices at Amazon.com. If you figure that an avid reader might go through that many books or more each month, it adds up to a nice way to save money for anyone on a budget.

“That’s money that you can put toward other needs,” Oehlke says.