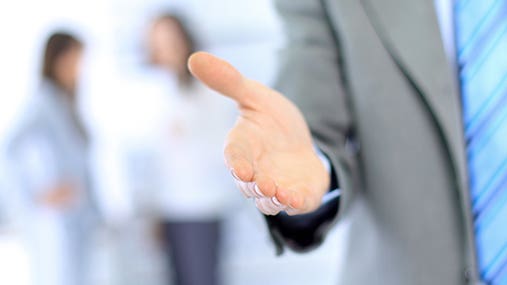 Good manners are at the root of our civilization, yet they’re often viewed as overly restrictive, involving old-fashioned notions such as charm school and ballroom dancing classes. In fact, your behavior toward others can actually help boost your financial success.

“Manners are a simple exercise in give and take, and they allow our society to function effectively,” says Lucinda Holdforth, author of “Why Manners Matter: What Confucius, Jefferson and Jackie O Knew and You Should Too.” At their most basic, she says, they are “the small kindnesses that make the world a reasonable and decent place.”

Applying that principle to your life could result in more success in climbing the career ladder, building a business and even staying within the boundaries of a personal budget.

More On Financial Success At Work:

How to succeed in business by being nice

Business is based on interpersonal skills, says Lydia Ramsey, business etiquette expert and author of “Manners that Sell.” We’ve all encountered professionals who have a wonderful approach with people, yet might not have the high credentials and education of others who are not as good with customers, she notes. “It’s the people who are simply kind and courteous who really get ahead.”

Those interpersonal skills include treating everyone, from the summer intern to the boss, with respect. “I work in a very hierarchical office,” says Holdforth. “I always make sure I treat people above and below with the same courtesy. This is where email or text is great: I will congratulate someone on a success with a short email. I will ask (about) their holiday or the children. I will thank them for a prompt response. Everyone wants to be treated as a person, from the CEO to the cleaner. That is how to win friends throughout an organization and (to keep) a job for as long as you want it.”

But here’s the key: It has to be sincere. People can tell when you’re being nice just to sell them something, Holdforth notes. If it’s all polite talk and no action, the other person only becomes frustrated and angry. Remember the last time you were placed on hold by a very polite, computer-generated voice on the telephone and, after 20 minutes, never got a resolution to your request or complaint? That type of behavior only worsens a relationship.

How to show that you value others

“With technology, it’s easier to stay in touch with potential clients and customers,” says Ramsey. “But you still need to follow up with phone calls, or in person. People do business with people they like.” And there’s no technological substitute for face-to-face meetings where you really focus on the other person and make them feel valued.

One of the biggest blunders that people or companies make, Holdforth says, is stealing other people’s time. “In my view that is a massive breach of good manners. For an individual, that means turning up late or unprepared for a meeting. For a company, it means keeping people on hold, not providing enough sales staff or expecting customers to solve problems caused by the company by making them endure long complaint processes,” she adds. “Save people time, and they will stay loyal. Waste or steal their time, and you will lose financially.”

Although most of us know to not take phone calls in the middle of a business meeting or dinner with a friend, we still see it all the time. Most people notice other people doing it, but they don’t seem to recognize it in themselves, Ramsey says. At one of her business meetings, after making a general announcement about turning off cellphones, she had to speak twice directly to one gentleman, who seemed shocked that he was singled out.

How to win friends and stay on budget

While good manners can help you achieve financial success in the workplace, you might find yourself in uncomfortable situations in your personal life when presented with temptations to spend money. So when a friend or family member sets an example of profligate shopping, suggests dining out at expensive restaurants or, worse yet, asks for a loan, you need to think about how to react graciously.

More On Financial Success At Work:

The key is to know what you’ll say in advance, says Ramsey. If a friend suggests attending an expensive event, you could simply be honest and say, “I’ve already spent so much this month,” and then offer an alternative. Some people won’t understand, but most will. “It comes back to people being more mindful of others and the fact that not everyone can afford the same situation,” she adds. “Being selfish is not good manners.”

The point of getting together is usually more about the social interaction than the actual event, but if you can’t afford something, back out and ask if the other person can do something at a later time that’s more within your budget. “Pressuring people to spend more than they are comfortable with is bad manners,” says Holdforth. “So don’t feel obliged if you don’t comply. Don’t feel cheap. Instead, feel good. Say ‘no’ to spending more than you feel comfortable spending, and remember you are being a good citizen, managing your financial situation responsibly.”

In other words, you don’t have to sabotage your financial success by accepting these invitations, but be honest and tactful when you decline.

On the flip side, if you’re the one with all the wealth, you could offer to foot the bill for an expensive dinner, but do it too often and you might risk making the other person feel poor. Better to do it for a specific event, such as a birthday, Ramsey says, but even that’s risky if the other person feels he will have to reciprocate.

In the end, the best course of action is to put yourself in the other person’s shoes, and then make him feel comfortable. After all, that’s what good manners are all about. “Money is often a sensitive social issue,” says Holdforth. “Respect yourself and other people by staying within your boundaries, never trying to compete or show off with money, and reserving your greatest generosity for those less well-off.”