Divorce among baby boomers is, well, booming. According to a study out of Bowling Green State University, in 2008, a quarter of all divorces in the U.S. involved people aged 50-plus, up from one-tenth in 1990.

At that age, there’s a lot at stake. It’s not just about divvying up assets. Particularly for the lesser earner, it’s important to secure the future.

“Almost nobody gets married anticipating divorce,” says Bruce Christensen, a family law attorney with the law firm Richman Greer in Miami. “What may be obvious to everyone else comes as a surprise. But those over 50 are dealing with a whole different mindset. So it does present additional challenges.”

“The first thing you need is a crash course in financial planning, especially if you are not the spouse who handles the finances,” says John Hauserman, a Certified Financial Planner professional in Marriottsville, Md., whose book “RetirementQuest” focuses on financial planning for the 50-plus.

Then, he says, close joint accounts, change the beneficiary on all accounts — “and you might want to start monitoring your credit for unauthorized activity.”

“It’s very important for both parties to have a team of qualified professionals,” says Rita Cheng, a Chartered Retirement Planning Counselor with Ameriprise Financial in Bethesda, Md. She suggests an attorney, financial planner, tax adviser and possibly a business evaluation specialist — because, for example, “a self-employed consultant’s income may appear to be lower than it is.”

Absent a prenup, Christensen says, marital assets include everything acquired during the marriage, regardless of how it is titled, though laws vary slightly from state to state. In most states, exceptions include “anything brought into the marriage or obtained by gift or inheritance — but with investment accounts, if you buy and sell during the marriage, they become intermingled.”

While the furniture may not be worth much, he adds, “Art and collectibles — wine collections, for example — are a different story. It’s a good idea to hire an appraiser.”

Splitting everything 50-50 may sound like the simplest solution, but it’s probably not an equitable one, Cheng warns.

“Fair is not the same as equal,” she says. “You don’t want to be in a situation where you can find yourself destitute.”

Hauserman recommends making these decisions in the broadest possible context. For example, both partners may be emotionally attached to the marital home, but should consider that they may need to sell it anyway.

With so many mortgages upside down these days, Christensen points out, after a sale the bank will want the difference between what you owe on the mortgage and the selling price, unless it’s a short sale. “So it becomes a logistics problem.” 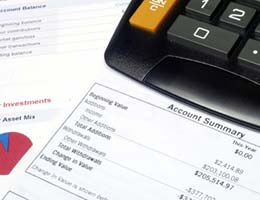 One spouse’s individual retirement account or 401(k), Cheng says, can be split equally or unequally via a qualified domestic relations order, or QDRO.

“Some companies permit the plan account to be divided so that the ex-spouse can also maintain an account with the company,” she says. “Otherwise, the defined contribution plan can be transferred to an IRA for the ex-spouse without triggering negative tax implications. “

Public employee pension plans may have different rules, Cheng says. Be sure to ask whether it will allow a QDRO, pay it in a lump sum or allow the nonemployee spouse to receive benefits prior to the employee spouse. 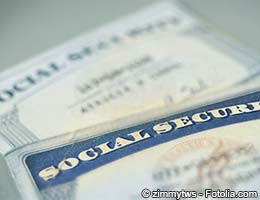 The lesser earner of a divorcing couple is entitled to Social Security retirement benefits based on the higher earner’s work record, as long as the marriage lasted at least 10 years. The lesser-earning spouse must be at least age 62 to begin collecting benefits. Even if the higher-earning spouse qualifies for benefits but has not applied for them, a lesser-earning ex-spouse can collect based on the other’s earnings if the couple has been divorced for at least two years.

In fact, if the higher-earning spouse should remarry, the new wife can also draw benefits based on his record without it affecting his Social Security benefits at all. “A lot of people don’t know that if they are divorced and their ex is remarried,” Cheng says, “that does not mean the new wife can’t get Social Security based on his income as well as the former (wife).” 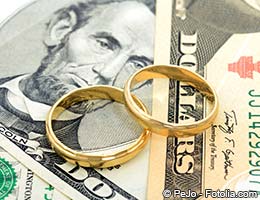 “Alimony is the toughest issue to face,” Christensen says. “Permanent alimony is rarely actually permanent. It lasts only until either spouse dies or the spouse receiving the alimony remarries. There’s also a statute in effect in some states that if someone is living with someone else in a supportive relationship or sharing expenses, that can also be taken into account.”

In some states, he says, if the marriage lasted 10 years or fewer, there may be a time limit on how long an ex-spouse can receive alimony.

When a supporting spouse remarries, “he may deliberately reduce his income today so the surviving new wife will get more,” says Linda S. Gross, a certified family law specialist in Santa Monica, Calif. But in some states, she says, that won’t wash; alimony can be based on the total income the supporting spouse has access to — including investment income — not just the total he or she chooses to withdraw.

More controversy can ensue when the supporting spouse retires, says Christensen. “It’s ‘I still need alimony’ versus ‘I am living off my retirement and you are getting your share of my retirement fund,'” he says. “But the money in that fund earned after the divorce is not included, so should the spouse who has the greater benefit have to pay more to the ex-spouse?” 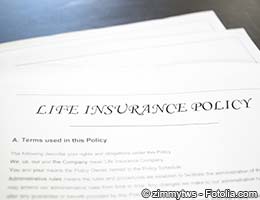 However, she adds, many people are not comfortable with their ex having a life insurance policy on them after divorce.

If life insurance was not purchased during marriage, Gross says, the supporting spouse may now be uninsurable or have pre-existing conditions that make the cost of obtaining life insurance prohibitively expensive.

Health insurance is another issue to consider. Under COBRA, after a divorce an ex-spouse can continue to receive health insurance coverage for up to 36 months, Cheng says.

But don’t wait for those 36 months to pass to look into replacement health insurance coverage.

“While 50 may be the new 30,” Gross says, “unfortunately, insurance isn’t priced that way. So it’s really important to research your options.”