How Steve Ballmer excelled at Microsoft and made a fortune 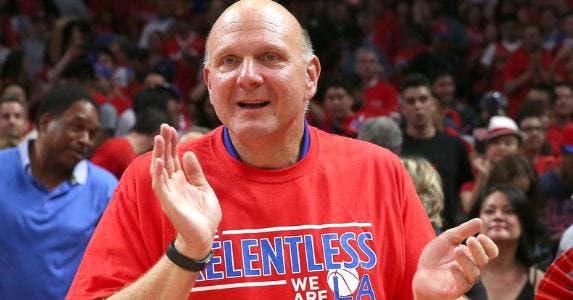 How Steve Ballmer’s net worth was built

Ballmer built much of his wealth when he took over as CEO of Microsoft in 2000. Though he left in 2014, he kept a 4% stake in the company, beating out Bill Gates as the largest individual shareholder.

Ballmer grew up in the Detroit area, where his father worked as a manager at the Ford Motor Co. Ballmer earned a scholarship to the Detroit Country Day School and became a National Merit Scholar in 1973. At Harvard University, he decided to gear his studies toward business. He also became the manager for Harvard’s football team and worked for the school’s newspaper and literary journal.

After graduating, Ballmer worked for Procter & Gamble before attending — and eventually dropping out of — Stanford’s business school in order to join Bill Gates at Microsoft in 1980. In January 2000, Ballmer took over as CEO of Microsoft.

You can use Bankrate’s net worth calculator to see how you compare to Ballmer’s net worth.

Ballmer’s interests extend well beyond the land of tech. In 2014, he bought the Los Angeles Clippers for $2 billion — the largest NBA purchase on record. In addition, Ballmer and his wife devote a lot of time and money to philanthropy. They have donated $11 million to the Washington State Opportunity Scholarship in order to help disadvantaged students in health care and STEM fields of study. The couple have also contributed $50 million to the University of Oregon and an undisclosed amount to Harvard’s computer science department.

In 2008, Ballmer was presented with the Champion of Youth Award by the Boys & Girls Clubs of America for helping the organization establish Club Tech. In 2011, then- French President Nicolas Sarkozy honored Ballmer by making him a Knight of the Legion of Honor. Ballmer was the commencement speaker at the University of Washington in 2014, and the Los Angeles Police Foundation honored him in 2015 for his commitment to public safety in Los Angeles.