What is Kevin Hart’s net worth? The answer may surprise you 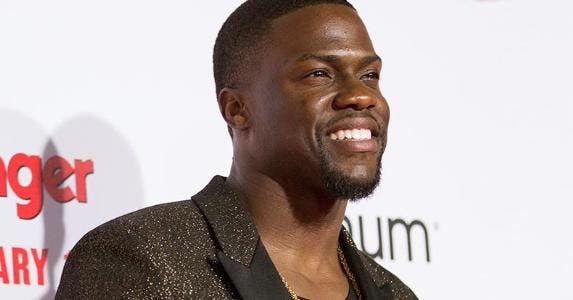 How Kevin Hart built his net worth

Once a shoe salesman, comedian and actor Kevin Hart slowly worked his way up the comedic ladder, performing at comedy clubs throughout Philadelphia and New England for years. But his success spread after landing roles in movies such as “The 40-Year-Old Virgin,” “Soul Plane” and “Little Fockers.” Hart’s name became even more recognizable when Comedy Central featured his stand-up in “I’m a Grown Little Man” in 2009 and “Seriously Funny” in 2010.

Born in 1979, this Philadelphia native has made a fortune off of his stand-up comedy career. Gross earnings from his “Laugh At My Pain” comedy tour reached $15 million in 2013, according to TheRichest.com. Hart has earned $28.5 million from starring in roles in hit films such as “Think Like a Man Too,” “Get Hard” and “The Wedding Ringer.”

Use Bankrate’s net worth calculator to find out what it would take to reach Hart’s net worth.

Hart is showing no sign of slowing down. In 2016, he’s starring in “Ride Along 2,” “Central Intelligence” and “The Secret Life of Pets.” He’s also busy producing movies, writing for film and performing on his comedy tour.

Hart is the only comedian, besides Jerry Seinfeld, to make the Forbes Celebrity 100 list, which he did in 2013 and in 2015. He won the 2014 “Artist of the Year” award at the Acapulco Black Film Festival. He has also won an MTV Movie Award, a BET Award and CinemaCon, USA Award.

With more projects in the works, Hart’s net worth is sure to rise in the coming years.