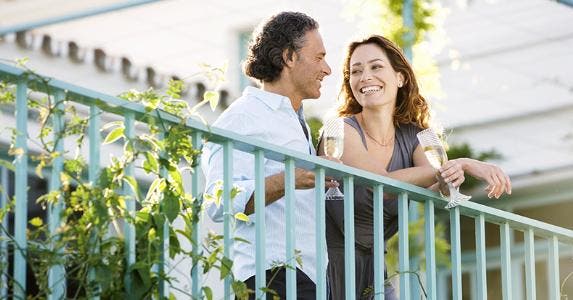 The first time rocket scientist Pedro Medelius attended a time share presentation, he was on vacation in Hawaii. The Cocoa Beach, Florida, resident liked the idea of buying a week’s vacation each year at the Maui condo resort, but he refused to give in to the hard sell. Instead, he went back to his hotel room, filled an Excel spreadsheet with calculations — and went back the next day to buy.

Since then, Medelius has purchased three other time shares from the same provider, the Starwood Vacation Network, and traveled extensively with his family, including two kids now ages 17 and 19.

“I have not had a single regret,” Medelius says.

Law professor Sandra Jordan of Charlotte, North Carolina, also bought her first time share directly from a developer 34 years ago. Since then, however, she’s discovered she can buy the same properties much more cheaply secondhand, plus she’s learned how to trade her time shares for vacation stays all over the United States, as well as in Mexico, Aruba, Barbados, the Bahamas, Cayman Islands and St. Martin.

“Our kids grew up in time shares as their vacations,” says Jordan, whose children are now in their 30s. “The first time we took them to a hotel … they asked, ‘Where is our room? Where (are) the kitchen and the washer and dryer?'”

Some have regrets; some feel satisfied

Plenty of people regret their time share purchases because they feel they overpaid or were rushed into a premature decision, says Brian Rogers, owner and operator of Timeshare Users Group, or TUG, one of the oldest forums for time share owners.

But others have discovered time shares can be a good way to vacation, he says. If you want to be among the happy owners, here’s what Rogers suggests you do:

Then there’s the cost of getting your family to the resort. “For Hawaii, the plane tickets can be $3,000 or $4,000 for a family of four,” Medelius says. A time share that’s a stretch for your budget now could quickly become unaffordable.

A personal loan can be used to finance a time share. Check your rate on Bankrate.