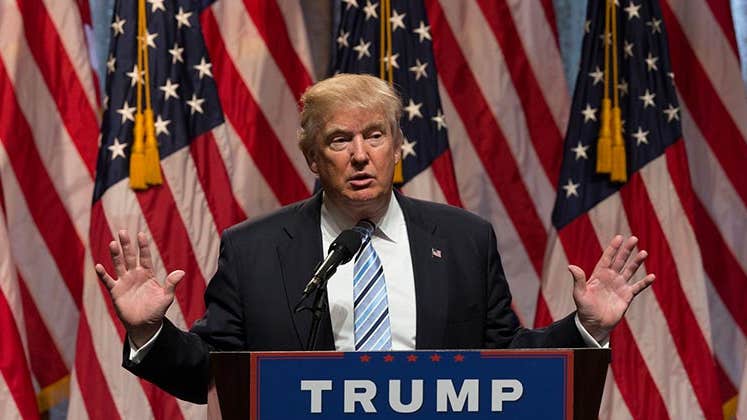 Love it or hate it, 2016 was one wild and unpredictable ride.

Brexit and the presidential election highlighted the year of surprises, of course.

But many events shaped the year — from the joy of the Olympics to the horror of attacks in Orlando, Nice and Brussels to the deaths of icons like Muhammad Ali, George Michael and Prince.

Here at Bankrate, we focus on how major news and events affect you and your wallet.

RATE SEARCH: As unpredictable as life can be, saving is important. Shop Bankrate for the best high-yield CD rates.

Businessman-turned-politician Donald Trump’s victory over Hillary Clinton in the president election caught many, especially the pollsters and media, by surprise. How Trump’s win will affect you is almost as unpredictable. But in the wee hours after Trump’s official win, Bankrate’s Mike Cetera laid out possible ways in which Trump’s proposals could save you — or cost you — thousands of dollars.

2. 5 reasons Americans should care about Brexit

No event in 2016 rocked the global economy like Brexit. In a stunning move, Britain voted in June to leave the European Union. The Dow Jones industrial average and the pound plummeted in the hours and days after. The long-term impact of Brexit, though, is still undetermined. On the day after the vote, Bankrate’s Steve Pounds explained to Americans why they should care about the historic decision across the pond.

In September, the Consumer Financial Protection Bureau announced a $185 million settlement with Wells Fargo over allegations that the bank went too far in encouraging employees to upsell customers and failed to monitor them closely enough to prevent misconduct. The impact on Wells Fargo’s actions have been far-reaching — from the immediate retirement of CEO John Stumpf to difficulty suffered by thousands of everyday Americans. On the day of the CFPB announcement, Bankrate’s Claes Bell introduced readers to Frank Ahn, a small-business owner in California who ended up with 20 Wells Fargo accounts due to practices by the bank’s staff.

RATE SEARCH: You can trust Bankrate to help you find the best credit card for you.

4. 7 ways a very rich person (and you) might pay no income tax

During a presidential debate, Trump acknowledged he used a nearly $1 billion loss to pay no federal income taxes — for years. “Of course I do. Of course I do,” he said. While billionaires may have more tax advantages available to them than ordinary people, there are some techniques that less-wealthy taxpayers can employ, too. Bankrate tax expert Kay Bell explained seven moves that might not take your taxes down to nothing, but could keep you from owing Uncle Sam a big bill.

As much as 21 percent of people surveyed are saving more for retirement than last year, a record-high percentage in Bankrate’s Financial Security Index. On the flipside, fewer people are choosing not to save anything for retirement. Just 5 percent didn’t contribute to retirement savings this year, a new low for the survey.

6. Most Americans have financial regrets

It’s hard to get through life without at least one major financial regret. But don’t feel like you are alone in your worries. Only 17 percent of Americans in a Bankrate survey said they have no money decisions they’d want to take back. The biggest regret? Not saving enough for retirement.

7. Americans are bad with their emergency savings

Nearly half of Americans don’t have enough set aside to cover three months’ worth of expenses, and 28 percent have no emergency savings at all, according to a Bankrate survey. “People do not have a buffer to shield themselves,” one expert says. “If they are hit by a shock — the car breaks down, the children need braces — they wouldn’t be able to face the shock.” In June, Bankrate’s Claes Bell introduced readers to two people whose emergency funds rescued them.

8. 7 things that could turn off homebuyers

Overall, 2016 was an active year for purchasing homes. Sometimes, though, sellers make it more difficult on themselves. Bankrate gives advice on ways sellers can potentially offend homebuyers. “We tell our seller clients to depersonalize a house,” one real estate expert explains. “You want buyers to feel as though they could make themselves at home, move in and be comfortable. If you request that (the sellers) take something down, they could view that as offensive.”

RATE SEARCH: Ready to buy your first (or next) home? Shop Bankrate today for the best mortgage deals.

Fifty-two percent of Americans who get vacation days say they plan to leave some of their paid time off unused, according to a Bankrate survey. The most popular reason for not wanting to take the full amount of paid vacation days offered is wanting to save up days for next year, followed by having too much work. Who, in particular, are these non-vacay workaholics? Millennials. One-quarter of millennials between ages 18 and 25 say they’re not using any of their vacation time this year, versus fewer than 1 in 10 Americans overall.

10. The 10 best cities for retirement

In judging the best cities for retirement, Bankrate scored nearly 200 U.S. cities for crime, climate and financial factors, in addition to health care and the ease of getting around on foot. The best retirement cities tend to offer natural attractions, good weather, a wealth of cultural options and a host of other amenities retirees might look for. Our No. 1 city was a suburb of our nation’s capital. “People are friendly,” one resident says, “and they’re eager to make new faces a true part of the community.”

RATE SEARCH: Let Bankrate help you get ready for retirement. Shop for the best CDs today.