The risks of social media

Love it or loathe it, we’re only just beginning to recognize the high stakes involved with social media.

The same Facebook that unites far-flung grandparents with newborn grandchildren and helps liberate the oppressed can also shatter lives and destroy careers with the click of a Send button. The same Twitter that is indispensible to the young can be utterly extraneous to their elders.

The fact that one of the year’s biggest political scandals revolved around former New York Rep. Anthony Weiner sending inappropriate photos of himself to women via Twitter attests to the growing realization that social media is rapidly redefining the boundaries between our public and private lives.

And when we overstep that boundary, the cost can be dear, as we’ll see in this survey of those who ran afoul of social media and paid the price.

“If you think you’re online in a secure manner, you’re crazy. The world is listening,” he says. 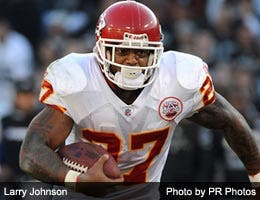 Maybe it’s the warrior ego, the obnoxious fans, a few too many crushing tackles or the NASCAR pileups. Whatever the reason, some sports stars just shouldn’t play and tweet.

Major league football, basketball and hockey have banned all players from using social media before and during the game. Some of the clampdown stems from legitimate concerns that tweets from a game in progress might affect the outcome and/or aid sports gaming interests. Even with the bans, the leagues reserve the right to fine any player whose verbal or digital outbursts step over the line.

And the leagues have exercised their right to fine:

But the all-time most expensive sports tweet? That would go to Larry Johnson, former Kansas City Chiefs running back, who was suspended one game, at a cost of $213,000, for gay slurs he directed at a Twitter heckler.

The high cost of online flirting 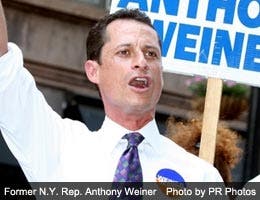 The rich and famous typically carry an umbrella policy or personal injury endorsement on their homeowners insurance against charges of defamation, libel and slander. This coverage typically includes unlimited legal defense.

What’s interesting and a little unnerving in Weiner’s case is that he brought the damage on himself. Because his tweets were voluntary, any personal injury protection likely would have been void.

Kane says there’s a lesson here for parents struggling to understand the risks of social media.

“Years ago, if you had a compromising picture of your girlfriend, you might have shown it to two or three friends. Today, if some 13-year-old decides to send that compromising photo to the 100 people in his contact list, if she’s underage, he’s dealing in child pornography.”

Tafaro offers this analogy: “It’s like having youthful drivers. If you have teenage kids just getting their license, it’s a much higher risk. Except with (social media), whole families are getting dragged into things that didn’t even exist 20 years ago.”

The private party that wasn’t 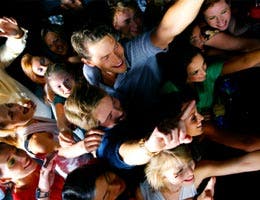 It wasn’t quite the “sweet 16” birthday party that a German teenager named Thessa had in mind when she posted coordinates for her gathering on Facebook. Due to an innocent mistake — she failed to mark the event as private on the social media site — she received 15,000 RSVPs online. Even though she quickly posted a cancellation notice, a crowd of 1,600 strangers still arrived at her door. Warding them off required the services of 100 police officers. By that time, the terrified teen was holed up elsewhere. She was thoroughly embarrassed and swore off Facebook forever.

Many parents feel apprehensive about social media because of hair-raising episodes like Thessa’s. They also realize that restricting their child’s use could do more harm than good.

“I have two teenagers and if I ban them from certain social media, they’re ostracized,” says Kane. “This is the way they communicate and exist. My daughter invited her prom date to the senior prom by Facebook and he responded by Facebook. This is unavoidable.”

The solution? “Educate your kids on the risks associated with forwarding emails, posting pictures and posting comments about friends,” says Tafaro. “They need to know the line between appropriate and inappropriate behavior.” 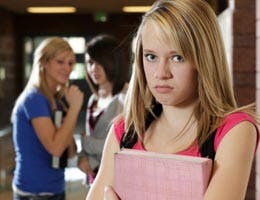 Cyberbullying and cyberstalking represent the darkest side of social media. It’s tragically littered with young people who have literally been bullied to death.

The unwitting parents of cyberbullies turn a blind eye at their own peril, says Tafaro.

“One person makes fun of another, then it goes to your daughter, she takes the email and forwards it to five people and now she has violated the cyberbullying laws in the state of Pennsylvania. If that email crosses state lines, now it’s federal,” he says.

The wealthier you are, the greater the odds that you’ll be targeted for lawsuits stemming from online behavior.

“Nowadays it’s turning into the new slip-and-fall or dog-bite lawsuit. In a half a second, if you don’t have insurance for it, you’re going to burn through $20,000 in legal fees. That’s a lot of money for a lot of people,” he says.

An umbrella policy or personal injury endorsement may pay your defense fees but not the judgment if you’re found at fault.

“It’s the same as if you walk into a bar and punch someone in the face,” says Tafaro. “It’s not for willful acts.” 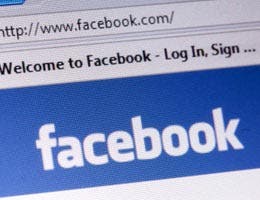 June Talvitie-Siple was forced by community pressure to resign her $92,000-per-year position as math and science supervisor at a Cohasset, Mass., high school after calling residents “arrogant and snobby” on her Facebook page.

The business world is riddled with similar incidents of online improprieties as public and private institutions grapple with the impact of social media, especially on hiring and firing practices.

A 2010 Microsoft survey of U.S. human resources professionals found that 70 percent had rejected a job applicant based on information found online. But employers who inappropriately snoop online risk opening up a Pandora’s box of privacy and discrimination claims.

For example, a federal court in New Jersey fined a restaurant group $17,000 for violating the privacy of two employees by secretly monitoring their password-protected MySpace postings.

Even the court system is wrestling with social media. Are tweets and Facebook postings admissible evidence? Or jury tampering? The jury is still out but the issue is real; one 2008 conviction was overturned because a juror didn’t disclose that she was a MySpace friend with the defendant.

“Everything is now part of your permanent record,” says Kane. 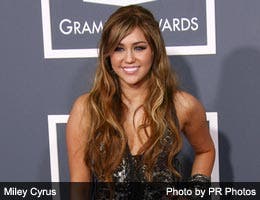 Stars and their fans love Twitter and Facebook, but social media isn’t all fun and games, as teen headliner Miley Cyrus learned when a hacker invaded her MySpace page and sent photos of her midriff across the Internet, outraging her fans’ parents.

“It’s a slippery slope that they’re going down. They have to be real careful what they post,” says Robert Frost, president of Frost Specialty, an insurance agency based in Nashville, Tenn., that specializes in the music industry. “Once you hit Send, it’s out there. It definitely makes things harder to control.”

Frost’s clients usually carry media liability policies to cover the public gaffes and goofs that come with being a celebrity. But not all insurers cover the content of what the stars tweet.

This gray area is one that opportunists tend to target.

“In some ways, it feels like a shakedown. Whenever you’re somebody with any notoriety, you’ve got to be very, very careful about what you say because you give people the authority to go after you,” Frost says.