The recession and the subprime mortgage crisis hit Florida with hurricane force, leaving a wake of home foreclosures and more than 10 percent unemployment at its peak. Four years later, the state still works hard to build back its economic strength. Rebecca Rust, chief economist at the Bureau of Labor Market Statistics, and James Miller, deputy chief communications officer for Florida’s Department of Economic Opportunity, or DEO, share their insights on the Sunshine State’s economic status and what actions are being taken to increase its vitality.

Rust: Better, but room for improvement

With the Florida’s unemployment rate falling below 10 percent recently, would you agree that we are finally over the recession period?

The recessionary periods are determined by the National Bureau of Economic Research. The official end date of the U.S. recession was June 2009. Although Florida’s job market has shown significant improvement, the state is still down by almost 780,000 jobs from the prerecession peak and has (more than) 900,000 people still unemployed. Out of 10 major industry sectors, seven are gaining jobs, but three are still in decline. Florida is now gaining jobs at 1.6 percent over the year after losing jobs for three years. In normal growth time periods, Florida’s unemployment rate ranges between 4 (percent) and 5 percent, and job growth rates range between 3 (percent) and 4 percent. 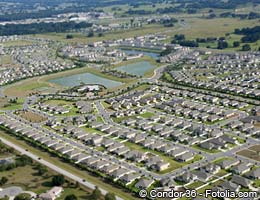 In your opinion, what other events or factors will influence the U.S. economy and ultimately Florida as well?

Risk factors in economic growth include the high numbers of home foreclosures and the resulting decline in home values, rising gas prices with potential oil supply disruptions and the European sovereign debt. 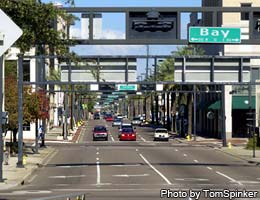 How will Governor Rick Scott’s Job Creation and Economic Growth Agenda get Floridians back to work ?

Together, these activities will greatly improve employment and the economy in the state in the short term and for many years to come. 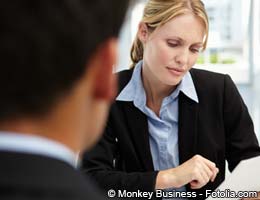 What development actions have the Department of Economic Opportunity taken to fuel job creation and improve Florida’s economy?

DEO works with Enterprise Florida (the state’s marketing and sales team) and Workforce Florida ( (which provides ) job training and placement) to initiate and coordinate services. Key to DEO’s projects is a drafting of the first statewide five-year economic development strategic plan, which will align the efforts of businesses, economic development councils, counties, cities, towns, and all state agencies to eliminate redundancies in the system and share the unique strengths of particular groups.

The combined efforts of DEO, EFI and WFI have helped more than 70,000 Floridians find jobs during the last year.

Many thanks to Rebecca Rust, chief economist for the Bureau of Labor Market Statistics and James Miller, deputy chief communications officer from Florida’s Department of Economics Opportunity for their expertise.