How to protect your assets

While many people take steps to secure the distribution of their assets after they’re gone, it’s less common to think about asset protection right now. In a litigious society, this could be a grave oversight. You can take a number of steps to make sure you don’t lose your most important possessions. Some are simple and relatively inexpensive; others are more complicated and costly.

There’s one caveat: Don’t wait until you’re in a position to be sued to take action. Do it now.

“Anything you do to protect your assets is useless against anyone who has a claim that could be filed today,” says Frank Armstrong, founder and CEO of Miami-based Investor Solutions.”You need to do it not before the lawsuit is filed, but before the cause of the action occurs. Otherwise, it’s ruled fraudulent conveyance to defraud creditors.”

For example, if you don’t already have coverage and someone trips and falls at your garage sale, it won’t help you to buy an umbrella policy the next day in case you get sued. 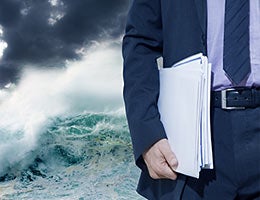 The simplest and most effective tactic, Armstrong says, is to buy insurance in an umbrella policy, which has the additional benefit of making the insurance company responsible for defending you.

The downside? “The insurance company could go out of business,” he says.

“In Illinois,” he says, “life insurance payable to a spouse or child tends to be protected, but it may not be if it’s payable to someone else, so you have to look at state law — is it blanket protection or something less?”

Some people put life insurance in an insurance trust, Tarshis says, but like all measures to protect your assets, that has to be done before you have creditors knocking at the door. 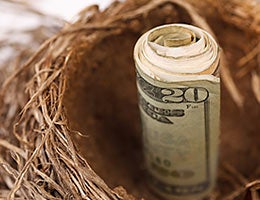 Some assets are already protected by law, says attorney Fred Reish, a partner in the Los Angeles office of Drinker Biddle & Reath. Some are specific to where you live. Statutes in some states might protect an antique Bible, he says, or a gun.

The most important federally protected assets are qualified retirement plans, such as the 401(k). It’s covered by legislation known as the Employee Retirement Income Security Act of 1974, or ERISA. If the funds from a qualified account are rolled over into an individual retirement account, the ERISA protections extend to the rollover.

This protection comes in handy if you run into trouble and have to file bankruptcy. “There was a Supreme Court decision of tremendous importance where it was decided that ERISA protections for retirement outweigh the importance of creditors being paid in bankruptcy,” says Reish.

Workers with access to a 401(k) plan should contribute to it, at least to the extent that they receive matching contributions from their employer, says Reish. “If you have a qualified plan covered by ERISA and you have to file for bankruptcy,” he says, “the money you have accumulated for retirement is protected by the interplay of two federal laws — bankruptcy and ERISA. So it’s a mistake not to maximize matching contributions to those plans.”

Only two creditors can surmount that protection, Armstrong says — your spouse in a divorce or the U.S. government. 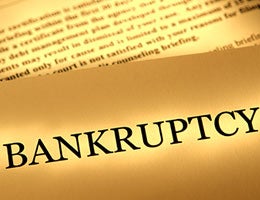 Depending on what state you live in, other assets may be legally shielded from creditors and predators.

Protection for IRAs that don’t come from a retirement plan, Armstrong says, varies from state to state. In some they are fully exempt, in others only partially so. “In those states where they are not fully protected,” he says, “if you have the opportunity to move to a qualified (retirement) plan, that would be the thing to do.” A federally protected qualified plan trumps partial protection afforded to an IRA.

Wages may be exempt from attachment to a certain extent. “You have to have enough to live on,” Armstrong says, “but how much that is varies from state to state.”

In many states, he says, insurance and annuity proceeds are exempt from creditors — “but bankruptcy is a strange thing. It’s a federal law, yet depends on state interpretation.”

Armstrong advises those who want additional coverage to get professional help.

“Any kind of asset-protection planning should be a part of financial and estate planning,” he says. “There are many things you can do, but each has potential flaws.” 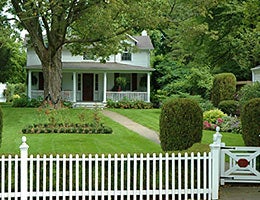 Tenancy by the entirety, a form of common ownership between husband and wife, puts homes beyond the reach of creditors when one spouse has debts, Tarshis says, and it is not hard to set up in states that allow it.

“That protection is only good to the extent that the other spouse is not also a debtor,” he says. “If both are debtors, it will not protect the asset. At the death of the first spouse, the asset will pass to the survivor, and that may not be the best estate tax result. You always have to balance asset protection against tax planning.”

While there are no estate tax repercussions for assets passed to a spouse, a couple’s beneficiaries may be adversely affected, depending on the total value of the estate. Tenancy by the entirety does not allow for the first spouse’s interest in the property to be held in trust, and if at the death of the second spouse the total value exceeds $5.25 million, the overage will be subject to estate tax. 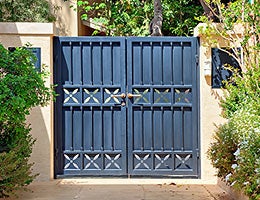 Real estate and other assets can be protected by owning it in a separate limited liability company, Tarshis says, “which puts up a firewall around that entity.”

Giving away assets to a family member is another strategy, he says, “but that can mean losing control of the asset, and to many people that’s almost worse than losing the asset.”

Some people isolate assets in any of a variety of trusts in states with very generous creditor protection laws, says Armstrong; others move assets offshore. These options are not only more expensive and difficult, he adds, “but could get you on the wrong side of a federal judge.”

“It’s a continuum,” Tarshis says. “It’s like building a wall around you and your assets. You could have a very tall wall, which could be protective but expensive and very difficult to live with — or, recognizing that the real threat may be fairly remote, you may sleep just fine with a shorter wall.”