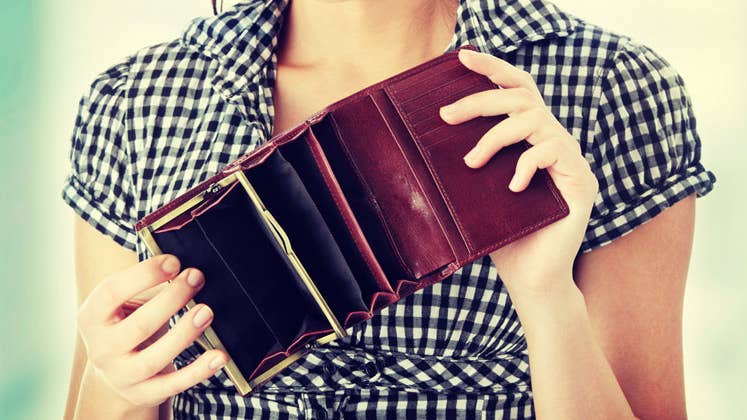 America is the land of “rags to riches” stories, where a poor boy or girl can grow up to be a business tycoon, powerful politician or famous celebrity.

However, a childhood of poverty can lead to detrimental effects that last well after a person has become a successful adult, says Chiraag Mittal, a doctorate student in marketing at the University of Minnesota’s Carlson School of Management in Minneapolis.

Mittal is lead author of a study recently published by the American Psychological Association that found that a person’s sense of control when faced with uncertainty, such as job security or an investment, depends on whether he or she grew up poor.

That loss of the sense of control causes people from poor backgrounds to act more impulsively and to give up on challenging tasks more quickly, Mittal says.

Mittal talks about the study’s findings, and their implications, in the following interview.

Your study found that growing up poor can influence a person’s sense of control. Can you explain what evidence you found that supports this conclusion?

In our studies, we found that people’s sense of control during uncertain situations is dependent on whether they grew up poor or grew up rich.

Following this, we asked all the participants to indicate how much control they felt they had, and also details about their childhood and current socioeconomic status, or SES.

Results indicated that although there were no noticeable differences in (the) sense of control between people from rich and poor backgrounds in the control condition, there were significant differences in the economic uncertainty condition.

Can you offer some examples of behavioral patterns these people fall into?

People who grew up poor had a lower sense of control in uncertain situations, which led them to be more impulsive and to give up on challenging tasks sooner.

What we added to these findings is that this behavior is partly driven by a lower sense of control that people from poorer backgrounds feel during uncertain times.

What are some examples of how not feeling in control can hurt people financially?

The one financial behavior we explored in this paper was impulsive behavior. It is generally thought to be a prudent decision to choose a larger, later reward versus a smaller, sooner reward, especially when the returns for the later reward are high enough.

In our studies, we found that those who felt a loss of control under uncertainty were more likely to choose the smaller, sooner reward. That is, they weren’t willing to wait to get the larger reward. This suggests that those who feel a low sense of control may make financially impulsive choices that may hurt their financial health over the long run.

You also mention that people who grew up poor still feel a reduced sense of control even after they have achieved a higher socioeconomic status as adults. Do you know why this is true?

We based our reasoning on findings from the behavioral ecology literature. Because poorer and richer environments tend to differ in how harsh and unpredictable they are, people growing up in such conditions tend to develop differently.

One such difference that we proposed in this paper was the perception of uncertainty or unpredictability. We hypothesized that individuals reared in harsh and unpredictable environments (low-SES childhoods) are more likely to perceive threats such as uncertainty as something extrinsic and beyond their control.

Conversely, those from less harsh and unpredictable environments (high-SES childhoods) may perceive the same threat to be intrinsic and under their control.

Are there things policymakers, teachers, parents or others can do to help poor people feel a greater sense of control?

One strategy that we propose in this paper to help poor people feel a greater sense of control is simply asking them to remember situations they had control over. We found that when people think about times they were in control, the effects of uncertainty on impulsive behavior are ameliorated.

This insight could be used to develop intervention programs that policymakers and others can use to shield people from poorer backgrounds during threatening or uncertain times.