The financial history of daylight saving 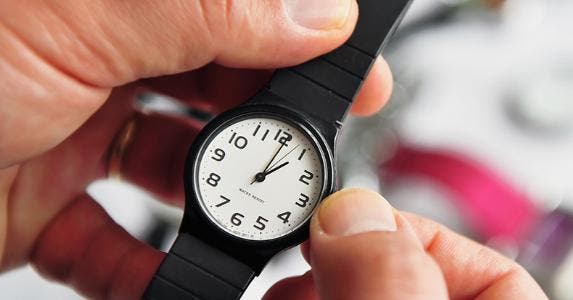 Conceived by Benjamin Franklin and panned by Native American proverbs, daylight saving time, or DST, has been a constant topic of debate.

And as this year’s “spring-forward” approaches (2 a.m. on March 8), what better time than now to learn about its origins?

Nearly 100 years ago, it was created for practicality, but it has caused astonishing confusion along the way. Implemented to save energy costs and be a boon to the economy, many argue DST has been more of a detriment financially.

“From the very beginning, the basic goal of daylight saving was to move the hours of daylight to better match with the hours of human activity,” says David Prerau, author of “Seize the Daylight” and widely recognized as the leading authority on the concept of DST.

While in Paris in 1784, Benjamin Franklin sarcastically noted in a letter that nature isn’t accommodating to our modern schedules. Franklin understood the financial benefits of early daylight in the summer, provided we all still got to sleep in.

“If I had not been awakened so early in the morning,” he wrote, “I should have slept six hours longer by the light of the sun, and in exchange have lived six hours the following night by candlelight; the latter being a much more expensive light than the former.” Franklin went on to calculate a seasonal savings for Paris of roughly 128 million candlelight hours if people simply woke up earlier.

His suggestions were collectively laughed off by society until Brit William Willett lobbied the British government hard for daylight saving on behalf of the public’s “health and happiness” — and an annual energy savings of about 2.5 million British pounds. Even with the savings, it would take a world war for the British (and the U.S., among others) to begin “falsifying” clocks in 1916.

“People found there was a savings in energy, and that became the reason governments got interested in daylight saving,” Prerau says. “They wanted to save energy for the war effort.”

However, the cost savings didn’t seem to add up, so the U.S. Congress repealed the act in 1919, before the war ended.

In 1919, Sidney M. Colgate — of Colgate toothpaste — testified to Congress against the repeal, arguing there was “no question” his plants saved significant energy costs starting the work day an hour later. But he couldn’t provide very convincing evidence. The U.S. returned to “God’s time,” as it was called, to appease powerful farmer blocs who weren’t about to lose production or get up at dark o’clock.

Time saving of a nation

It seems New York City was the only godless place in the country at the time. Shortly after the repeal, the city enacted a local ordinance to preserve daylight saving time. Large department stores believed they could sell more goods to people on their sunlit walks home from work. Wall Street also didn’t like losing an hour of trading to those daylight savers in London. Major cities across the country began following New York’s lead.

What time is it?

The problem was that each city decided its own unique start and end dates, creating no uniformity and ample inefficiencies.

Relative pandemonium might be more accurate. He cited one infamous 35-mile bus ride that, at the time, would roll through seven separate time zones. There was also an airline that received 4,000 calls per day with customers wanting to know the time differences in their destinations.

A Native American chief is known to have summarized his opinion of daylight saving that must have seemed awfully apt during the ensuing timekeeping chaos. “Only the government would believe you could cut a foot off the top of a blanket, sew it to the bottom, and have a longer blanket,” he said.

It wouldn’t be until 1966 that Congress created one six-month daylight-saving period for states to follow or not observe at all, effectively throwing a resewn time blanket over the country. Now, Hawaii and (most of) Arizona are the only states that don’t observe the change.

The next sweeping expansion of daylight saving and the effort to correlate cost savings was in 1973, when President Richard Nixon implemented year-round DST to offset the increase in energy prices from the Organization of Petroleum Exporting Countries, or OPEC, oil embargo. The Department of Transportation found the change in time and subsequent decline in energy consumption saved 3 million barrels of oil per month.

Michael Downing, author of “Spring Forward: The Annual Madness of Daylight Saving Time,” is not convinced of the purported financial benefits of time change. In a piece for The New York Times, he not only pointed to studies that refute the supposed fuel savings in the mid-’70s, but he also railed against the recent expansion of daylight saving in 2007 to eight months. He cited the increase in afternoon fuel consumption, international trade logistics and a $150 million-per-year cost to airlines coordinating with airports in Europe who didn’t add on the additional four weeks as major financial consequences to the extra daylight.

Downing is not alone in thinking time change is a costly endeavor. A Rasmussen poll from March 2012 found that only 34 percent of Americans think daylight saving actually saves energy. The rest may just be grumpy about lost sleep and work on the Monday following the time change, which economist William Shughart estimated creates an annual opportunity cost for the nation of $1.7 billion.

According to a Department of Transportation study, national primary energy electricity consumption received an annual savings of 0.02 percent in 2007 due to daylight saving time. That is the approximate amount of electricity Tempe, Arizona, uses in a year.

Those modest findings are in contrast to a 2008 University of California study by economist Matthew Kotchen that measured increases in Indiana’s electricity consumption of up to 4 percent during their first year of daylight saving in 2006. That translated to approximately $9 million in additional electricity bills and up to $5.5 million in additional pollution costs.

This is not to say there are no certain benefits to lighter evenings. Downing says the barbecue industry expected $150 million in profit for the three to four weeks of daylight saving added in 1986, while the golf industry anticipated $400 million more. Even 7-Eleven pushed for the extra light, tempted with $50 million in additional sales.

But once the back nine is played and the grill is put away, you may end up with a bigger trade-off than a higher electric bill. Professor Till Roenneberg was part of a German study that observed daylight saving time can disrupt our circadian rhythm, putting our bodies out of their natural seasonal sleep cycle.

“We forget that there is a biological clock that is as old as living organisms — a clock that cannot be fooled,” Roenneberg told HealthDay News.

Several experts have suggested any health risks are more than offset by the additional activity sunlight brings.

The altered sleep cycle becomes harder to offset when it cuts into nationwide productivity. After the most recent expansion of daylight saving time, Shughart estimated that if everyone took an average of 10 minutes to adjust their clocks and watches, the cumulative effect on “opportunity cost” for the country would be $1.7 billion.

So is daylight saving time, with all of its inconveniences, financial costs and benefits, here to stay? Nearly half of Americans (40 percent) in the 2012 Rasmussen poll would rather it not be, saying it’s not worth the hassle.

“It’s a continuing saga,” says Prerau, adding that he thinks it is still a net financial benefit to the economy.

“Based on history, I’d say there is no chance we are ever going to stop messing with our clocks,” he says. “If we ever do turn the clocks forward for the whole year, my best bet is that come March, many cities, counties and states will turn their clocks ahead and begin to double daylight saving.”

Another hour of lost sleep in the spring? Somewhere, Benjamin Franklin is rolling over in his grave to hit snooze.