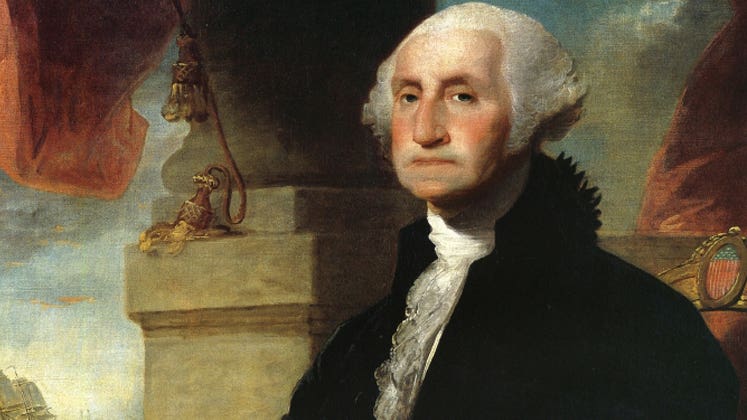 Many of us might be understandably guilty of viewing life in 18th-century America through a lens that only consists of tricornered hats, lots of tea and Mel Gibson single-handedly altering the course of the American Revolution with his marksmanship. Lest we all entirely forget our high school U.S. history class, life today is essentially unrecognizable from life in the colonies, as tends to happen to societies over a quarter of a millennium.

“Viewed from the 21st century, life in colonial America was like living on a different planet,” said University of Virginia professor Ronald Michener in a piece on economics of the time in The Colonial Williamsburg Journal.

A planet, as it turns out, that would become the Krypton of American politics, producing legends such as Benjamin Franklin, John Hancock and our first president, George Washington. This Presidents Day marks George Washington’s 283rd birthday, giving us a good excuse to look back and get a better idea of what life was like in the colonies, from currency to the price of a stiff drink.

Evaluating Washington’s financial worth is much easier said than done, considering how much currency and the economy have evolved over the centuries. David Walbert, a colonial historian, says it is especially difficult to ascertain a colonialist’s wealth from today’s perspective.

“One claim said George Washington’s net worth would make him a billionaire in today’s money, and yet he didn’t have indoor plumbing,” Walbert says. “It’s really apples and oranges.”

Despite the significant cultural divide, it’s too tempting for us not to look back and draw a modern-day comparison to a national figure. Online news site 24/7 Wall St. published an estimation of each president’s net worth, using factors such as his Mount Vernon estate, inheritances from his father-in-law and his salary. Its figures found Washington’s worth to be about $525 million in today’s money, the wealthiest president in the most recent list.

His average salary then was $25,000. Compare that to the average salary at that time, which, using crude conversion, was around $2,900 to $4,925. Washington’s salary equaled 2 percent of the total U.S. budget in 1789. Although he originally refused payment, eventually he accepted the salary.

Walbert agrees Washington was certainly exceptionally wealthy, though usually one’s wealth would need to be ascertained by comparing what items they owned to what other items or labor might have cost at the time.

Often varying from colony to colony, money of the time consisted of what Walbert calls “a very ad hoc system of currency.” Sometimes, there simply wasn’t enough to go around or to even pay taxes. As a result, a snappy new hat could set you back anything from a couple of days’ labor to a helping of tobacco, and everything in between.

The most widely used currency operated off of the British system of pounds, shillings and pence, but good luck wrapping your 21st-century mind around the convoluted 18th-century idea of “simple.” The values were divided in the most casual of ways, and the use of the familiar values of a farthing, tuppence or crown makes it sound like even the simplest of purchases would turn into an advanced SAT question.

“As complicated as it seems now, it probably made it a whole lot easier for people to keep track of their money,” Walbert says.

If the thought of your pocket becoming a loaded piggy bank of various coins and paper denominations doesn’t sound appealing, some colonialists would probably agree.

“For some time, there was what was called ‘proclamation money,'” Walbert says, “where a certain amount of tobacco could be traded for currency just because that’s all people had.”

Many of the colonists who came over from England were poor, leading them to voluntarily indenture themselves as servants for up to seven years just to get some of that sweet, sweet liberty — and of course, a bit of land.

There was so much timber and land to go around, assuming the natives were OK with it, that building a house was astonishingly cheap compared to what we would think of today. At the same time, your friends would probably become very busy if you decided to throw a “house-buildin’ party,” which is essentially what the colonialists would do to help out their neighbors. Filling the house with furniture was cheap, too — again, because you would make it yourself.

“There was not a lot of manufacturing going on in the colonies because it was actively discouraged by the British government,” Walbert says.

Even worse, Ikea didn’t exist yet. Furniture shipped from around the world in boxes for assembly wasn’t possible, but the wealthiest colonialists still had the high-end items brought over from Europe.

Washington furnished Mount Vernon exquisitely, including fine armchairs, desks and a harpsichord he bought for 20 guineas, or gold pieces worth 21 shillings.

If you asked many colonialists about their daily routine, a lot of them would probably draw a blank. That’s because colonialists, by and large, got smashed at a level and consistency that would give Don Draper heartburn. It was cheap, accessible and often homemade. In “The Alcoholic Republic: An American Tradition,” W.J. Rorabaugh estimated the consumption in 1770 of distilled spirits at 3.4 gallons per capita per year, with some estimates going up to 3 pints per week.

A gallon of domestic rum went for as little as 1 shilling and 8 pence in the mid-18th century, meaning just about anyone could afford to get completely sauced. Beer was sometimes even cheaper, as many colonists would brew their own from just about anything they could ferment in order to ensure they could get their buzz.

Sarah Lohman, who publishes the historical food blog FourPoundsFlour.com, undertook the noble task of attempting to replicate a typical day of colonial drinking according to Rorabaugh’s account a couple years ago. She made it about halfway through before having to throw in the towel, which could be forgivable when understanding the routine called for whiskey and hard cider drinks before actually starting your day — an amount of alcohol Benjamin Franklin would say would leave you “halfway to Concord.”

“Clothing was extraordinarily expensive by today’s standard,” Walbert says. “Wool had to be spun into thread by hand and then woven into cloth by hand, creating a lot of labor.”

As a result, it’s estimated a yard of fabric sold for about $5.60; pretty pricey for the time, and likely not the quality of fabric Brooks Brothers would clamor for, either. Likewise, decent bedsheets were remarkably expensive because they had to be shipped over from England at up to six times the cost of the bed itself.

Washington and his pals could afford only the best, of course. Like many men of the time, they wore powdered wigs like they were going out of style — maybe because they were about to in a few decades. Average Joe Colonialist might have had a harder time, though, affording the estimated $145 for the “grandpa left the curlers in too long again” look.