Most Americans, despite the challenging economic times, still intend to participate in that annual rite of the season — the summer vacation. Nearly six in 10 Americans plan to travel this summer, although about the same number are looking for ways to do so on the cheap, according to a recent American Express Spending and Saving Tracker survey.

On average, Americans will spend $1,200 per person for their summer travels, and nearly 70 percent of those with trips planned say they will drive, instead of fly, the survey found. One in four will be looking to offset higher gas costs by cutting back in other ways.

Once your itinerary is set, here are six ways to cut costs without compromising good times or maxing out your credit card.

Another option is to preload a “chip and PIN” Travelex Cash Passport for no-fee purchases. The chip in the card also allows you to tap automated kiosks for subway and train tickets, which is a time-saver if there are long lines at the ticket counter. 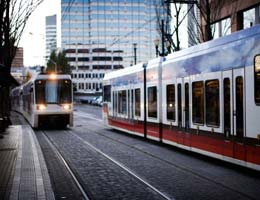 Forget about pricey taxis, and instead get around on transit using discounted tickets or passes. In New York City, for example, buying a $10 pass gets you $10.70 worth of subway rides, which equals five rides. An unlimited seven-day pass runs $29.

Compare that to a Big Apple taxi, which charges a base fare of $2.50, and 40 cents for each subsequent one-fifth of a mile or every 60 seconds in slow traffic.

Given the important role transit plays for most who live in Gotham, riding the subway can also be part of the cultural experience of the trip, according to Joel Fan, president and founder of LuckyChic.com.

“If you’re going to New York City, the subway is historic,” he says. “You really get a flavor for the area, and you save money.”

Municipal bike-rental programs are even better for your personal health, as well as your bank account. For a minimal daily or weekly charge, these services are usually free to access for short hops. Capital Bikeshare in Washington D.C., for example, charges a membership fee of $5 for a 24-hour period, with no charge for the first half-hour of each rental. A five-day pass is just $15.

Avoid the high cost of being connected via your smartphone by only checking your email in Wi-Fi zones, especially when traveling overseas. You can save hundreds of dollars’ worth in data charges from your carrier in this way.

Your smartphone can also be a savings tool if you tap applications, such as GasBuddy, which identifies the lowest-price filling stations; ATM Hunter, a location finder for ATMs that you can use to find your own bank’s ATMs; and Scoutmob, a new coupon app for restaurants and shops in cities across the country.

“With the massive number of apps and instant Web access available on the major phone platforms, saving money on the road has never been easier,” Fan says. 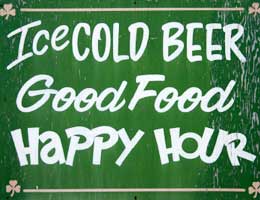 Spend less on meals without depriving yourself by preparing breakfast in your room, using Restaurant.com or other sites for discount certificates, and working the clock by opting for a heavier meal at lunch or partaking in early evening or late-night happy hour specials.

“If you’re going to a foodie town, a restaurant that’s pricey for dinner will have the same master chef for all the meals,” says Teri Gault, CEO and founder of TheGroceryGame.com. “You get a good sampling at lunch, the same quality and some of the same items, for sometimes half as much as dinner.”

Dinner at a neighborhood pub or individually owned restaurant offers another kind of twofer: inexpensive, good food and a chance to mingle with locals. To find such places, don’t ask the concierge for advice, but chat up a local storeowner, rental car clerk or hotel maid, or visit social review websites such as Chowhound or Yelp.

“It’s good to hear from locals what’s good,” Gault says. “You stay away from tourist traps, that’s for sure.”

Plan your schedule around free museum days, inquire about last-minute discount tickets for performances, and explore free parks and other no- or low-cost attractions.

Every major city and many smaller ones have freebie museums. Among them are the British national museums in London and other cities, the Smithsonian institution in Washington, D.C., and most National Park Service sites, notably the Liberty Bell and Independence Hall in Philadelphia.

In addition, Paris’ Louvre, Musee d’Orsay and other major museums are free on the first Sunday of each month, and the City of Lights also offers free access to many small, but still worthwhile sites, including Victor Hugo’s house and the Petit Palais.

Finally, the great outdoors, from New York’s Central Park to Rome’s Villa Borghese Gardens to Hong Kong Park, is almost always free and a source for relaxation, recreation and yet another way to experience how the locals live.

You can bring down the high cost of aquariums, zoos and other kid-friendly attractions by using CityPass, which promises up to 50 percent off the regular admission of major attractions in nine U.S. cities and Southern California.

SmartDestinations.com’s Go Select program is a similar concept offered in five U.S. cities that allows you to assemble your own pass for up to 36 percent off regular prices. A package for San Diego for Legoland, the San Diego Zoo and a two-hour harbor cruise costs $111.30, a 17 percent discount on the gate price of $134.

For the theater and other cultural offerings, London and New York are well-known for their half-price ticket booths, but you can find virtual ways to snag cheap tickets. For instance, Philadelphia offers a weekly FunSavers email with savings of up to 50 percent on local theater, dance, music performances and other events.

Despite the importance of making every vacation dollar count, don’t forget why you wanted to get away in the first place.

“If you really want to save money, have a staycation and stay home,” Fan says. “We’re still coming out of this great recession, so you want to be aware of saving, but you also want to have a good time without compromising.”