Bargain after you buy

Buying a home is virtually a college course in science and fine art: the science of smart shopping and the fine art of price negotiation.

But once most homeowners move in, they promptly forget every savvy maneuver they learned at the bargaining table. They go back to paying list price for home essentials when a little creative bargaining can pay off.

If you’re bargaining on price, rather than just shopping around, it may feel uncomfortable at first. Not to worry, says New York attorney Adam Leitman Bailey, author of “Finding the Uncommon Deal.”

“You have nothing to lose. If you’re going to ask people, ‘What’s the lowest price you’ll give me,’ they may not tell you,” he says. “But it’s OK to be rejected. Because if you don’t ask the question, you may not get the best deal.”

Here are five examples of where your costs might not be as fixed as you think, with tips to help navigate the best price on goods and services for your home. 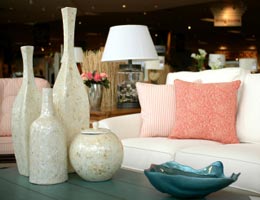 “When you’re buying a home, you’re comparing one home to another,” Bailey says. “When you’re going in to buy furniture, you can talk to two stores with the same couch and show a third store the cheaper price and see if they can beat it.”

One of his strategies is to ask to use the store’s computer. You have to get a manager at that point, he says. Show them their competitors’ prices on the same merchandise. “Many times they’ll beat it on the spot.”

Alternatively, you can also use your smartphone or wireless tablet. Or research prices at home and carry printouts to the store.

But you’re not finished yet. Get the lower price offer in writing. Then shop that at a couple of other stores, and see if you can do even better, he says.

While two similar houses can be on different streets or have different features, Bailey says, “the great thing about a couch is name brands are name brands.” 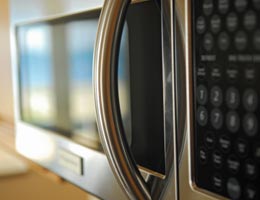 Many of the techniques that work with furniture can also net a better deal on appliances, too.

Get those model numbers, then hit the Internet, Bailey says. Research will net you not just the best price, but also the points of comparison among similar products.

As with buying a home, knowing what’s hot — and what’s not — with buyers gives you a negotiating advantage. So if that appliance comes in a few colors and you know one of them isn’t selling well, that might be a point for bringing down the price. (No need to let the salesperson know that it matches your color scheme perfectly.)

This is also a time when it pays to consider the quality of your information sources, too, Bailey says. “Just like with a home, you need a reliable seller,” he says. When you buy online, stick with big names you trust, he says.

Lowball websites have their place, even if you wouldn’t trust them with your money. You still might be able to use that quote to persuade a store to lower its price, Bailey says. 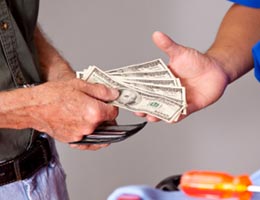 “Some contractors will negotiate a price” on renovations and repairs, says Tom Silva, general contractor for the PBS shows “This Old House” and “Ask This Old House.” That said, in today’s economy “I think everybody’s giving the best price they can because they want the job,” he says.

Silva advises homeowners to get specific about what they get for their money.

The low-dollar bidder might leave out some steps that would show up as poor workmanship years from now — and end up costing more. The guy charging a little more might have a reason. Sometimes a higher price might mean that the pro is experienced or is planning for contingencies, Silva says.

And sometimes shopping cheap might not be shopping smart. “Your house is the biggest investment that you make,” Silva says. “Yet for some reason, people want to get work done cheapest — to cut corners.” 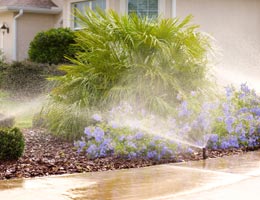 You have an in-ground sprinkler system that needs to be serviced each spring and winterized when the weather turns cold. So can you cut a deal on maintenance services? Possibly.

“It’s a competitive world,” says Leonard Ritz, a former contractor who is now an attorney with the New York firm of Adam Leitman Bailey, P.C.

Attitude is important, too. This is still a professional who’s trying to make a living, Silva says, so negotiation has to be conducted tactfully. “But you can always say to them, ‘Can we set up some sort of process where you give me a deal because you have guaranteed work?'” 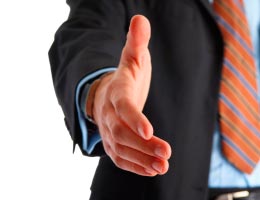 “Consumers should understand that everything is negotiable in a real estate transaction,” says Barry Zigas, housing director for the Consumer Federation of America. “That doesn’t mean that you will get a professional to agree to change the fee. But it doesn’t hurt to ask.”

During one sale, Zigas negotiated a reduced real estate commission in return for doing some of the work himself.

Another topic to cover before you hire: If you have to lower the agent’s recommended asking price, how will he or she share that loss? While a lower price means a lower commission, you take the majority of the hit.

Sample script: If we have to reduce the asking price, “let’s talk about how you might share some of that pain,” Zigas says.

Already locked in with an agent who is now happily advocating price-slashing? Be prepared for the agent to point out that he or she is already looking at a lower commission, says Zigas.

Zigas’ suggested response: “I understand that. But we’re not getting the result we set out to achieve, and I’m asking you to contribute something so we both can get through it.”

No, it’s not fun. “For a lot of people,” says Zigas, “these are very confronting conversations.”