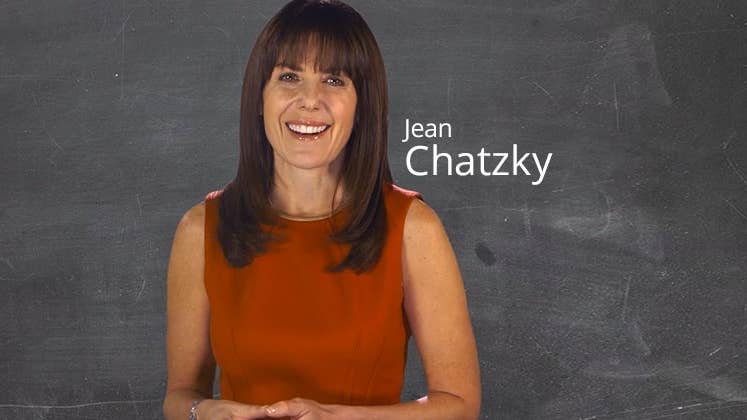 When it comes to selecting greener choices, sometimes it’s difficult to separate fact from fiction.

Depending on whom you believe, a more eco-friendly lifestyle can either seem exciting, empowering and financially enriching — or depressing, deprived and expensive.

Having trouble sorting through it all? Here are 10 green myths, along with some real information, to make it easier.

One of your biggest weapons in the green movement is your own wallet. Recent numbers demonstrate that a few smarter buying decisions translate to big changes in the planet. One that’s fairly easy: When you buy household paper goods (like paper towels, napkins, toilet paper and copy paper), look for products that use high percentages of recycled or post-consumer waste.

A lot of the major paper manufacturers are cutting virgin forests to make the items you use, says Jennifer Powers, spokeswoman for the Natural Resources Defense Council, an environmental advocacy group. But some well-known green-label brands, like Seventh Generation and Whole Foods Market’s 365 line, use recycled materials instead.

If everyone in the country elected to buy one package of 100 percent recycled napkins instead of the nonrecycled variety, that act alone would save 1 million trees, says Powers.

Myth No. 2: ‘Green’ choices are painful and expensive.

One live nighttime concert event can burn as much electricity as 700 households use all year.

While some greener options (like some organic products) do cost more, others (like turning out lights, using water-saving faucets and keeping the thermostat at a reasonable temperature) are money-smart strategies, too. “They’re good ideas, and they pay off,” says Erich Pica, president of Friends of the Earth, part of a global network representing more than 2 million activists in 75 different countries. And when you do shell out for eco-friendly equipment, like new appliances, “some of the upgrades pay themselves off far more quickly than you budget for,” he says.

A single fast food order of a hamburger, fries and soda takes 1,500 gallons of water to make — including the water needed to grow potatoes, the grain for the bun and the cattle and everything for the soda.

Myth No. 3: Keeping old appliances is a form of recycling.

Half right. True, you’re not clogging up the landfills, but keeping the old stuff isn’t necessarily the greenest choice either, says Powers.

If you still have that avocado green fridge from the 1970s, you’re using 70 percent more power than you would with a new model. If you are using an appliance with an Energy Star label, your savings will be closer to 90 percent, says Powers.

That’s simply because newer appliances do a lot more with a lot less juice: If the old equipment is more than 10 to 15 years old, you can probably cut significant energy use by replacing it. And because many retailers will take your old appliances and recycle them (as will some collectors, like 1-800-GotJunk), you don’t have to fear that your old model will be lying in a landfill for thousands of years. Just ask a few questions before you buy.

Actually, by making smarter choices, we can make the energy we have go a lot further, according to numbers from the Natural Resources Defense Council. For example, compact fluorescent light bulbs, or CFLs, cause four times less global warming pollution than conventional light bulbs, according to the group.

And yes, in this case, there are some trade-offs. CFLs last about 10 times as long as incandescent bulbs and use about one-quarter of the energy, says Powers. But they also contain a small amount of mercury, she says. So you definitely don’t want to break them. And instead of simply throwing them away, you need to call your local municipality or garbage hauler about safe disposal rules.

Myth No. 5: The cost of commuting is a fixed expense.

Not really. How would you like to get 10 to 50 percent more gasoline every week for free? Regular tuneups will boost your mileage 4 percent to 40 percent, says Powers. A new air filter can add as much as 10 percent to your mileage. And keeping your tires properly inflated (not over or under) can give you another 2 percent.

And that doesn’t even count solutions like carpooling with a spouse, sharing a ride with a co-worker or e-commuting once or twice a week.

If tap water replaced bottled water in the U.S., it would save about $8 billion and help prevent 60 million plastic bottles from being discarded each day.

Not every green choice has to cost you extra green. Buying locally grown produce is a good example. The average food item travels 1,500 miles to 2,500 miles to get to your store shelves, according to the Natural Resources Defense Council. Locally grown produce — usually grown within 200 miles — saves all those transportation and fuel costs, along with tons of carbon. For that reason, they are often less expensive and — because they typically get to ripen longer — tastier, too. What’s more, many smaller local growers don’t use pesticides, herbicides or artificial ripening agents, keeping petrochemicals out of the soil and reducing crude-oil usage even more.

Myth No. 7: If an appliance is off, it’s not using power.

Up to 10 percent of your power bill goes to run appliances that you’ve already turned off, says Powers. Dubbed “vampire power,” it’s the energy a machine keeps using so that it can pop on quickly when you flip the switch. Don’t feel like plugging and unplugging every time you want to use the computer or play the stereo? Use a power strip. (Just beware of overloading too many gadgets and gizmos on the same one.) Then, when you’re not using the item, flip the switch on the strip, and you’ll know that “off” is really “off.”

Myth No. 8: Hybrid cars are inherently better than nonhybrids.

“All hybrids are not created equal,” says Pica. Some hybrid cars, like the Toyota Prius or the Honda Civic, get some of the best mileage results, but manufacturers now offer SUVs and trucks that use hybrid technology. And the mileage on those often is not much better than the nonhybrid version of the same vehicle, says Pica. In fact, in a lot of cases, a nonhybrid car might actually use less gas and produce less pollution. So look at the gas mileage, as well as the technology.

You can check the mileage on your car (or your dream ride) without even leaving your chair. The federal Environmental Protection Agency recently reconfigured the miles-per-gallon formulas to give a more real-world estimate. You can look at city, highway or combined mileage for almost any vehicle at the agency’s FuelEconomy.gov site.

Each year some 1.3 billion movie tickets alone are sold in the U.S. and almost every one of them goes into the trash.

Myth No. 9: Millions of vehicles can run on ethanol.

What is true: There are millions of cars and trucks on the road capable of burning E85 (85 percent ethanol, which is vegetable-based alcohol and 15 percent gasoline). But “owners may be paying a premium for the vehicle,” says Pica, “and since most of the E85 fuel pumps are in the Midwest, nine times out of 10, they’re going to be pulling up at a station that is dispensing E10 (only 10 percent ethanol).” And you don’t need a special engine for that.

Myth No.10: There’s always one ‘right’ answer to your eco-dilemma.

The paper or plastic debate is the best example of this. Not even the experts can agree which is a more eco-friendly way to carry home groceries. The better answer, of course, is neither: Bring your own cloth bags to the store. Another debate rages over carbon offsets — when one company minimizes its responsibility for the amount of carbon dioxide it produces by buying or subsidizing another company’s carbon-saving behavior. While many green groups support carbon offsets, others view them only as a solution of last resort. Everyone generally agrees that we’re poisoning the planet and ourselves with it. But conflicting information about what constitutes a green choice can leave many consumers stalled with indecision. The best way to break the logjam is to start by trying a couple of solutions that are doable and make sense to you.