9 tips for acing a virtual interview 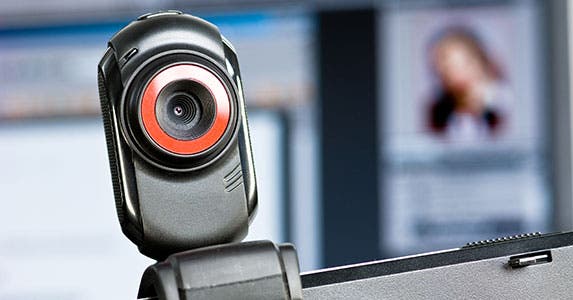 The growth in virtual interviews

Even the job seekers who aren’t looking for a role as a local news anchor may need to practice their video interview skills these days.

A growing number of companies are using virtual interviews — whether live interviews, virtual career fairs or recorded video interviews — to get to know prospective hires.

An August 2013 survey by Right Management found that 18 percent of candidates have had a video interview in the past year, more than double from only a year prior.

“From an employer’s standpoint, it allows them to broaden their reach into the talent pool,” says Monika Morrow, a senior vice president with Right Management. “They have the opportunity to reach more candidates without the restriction of geography.”

Plus, it allows employers to save money and identify red flags without having to bring the applicant all the way into the office, says Stacy Lindenberg, owner of Talent Seed Consulting in Columbia, South Carolina.

With the click of a button, job hopefuls find themselves face to face with their potential employers in a virtual interview. That can certainly be nerve-racking. Bankrate asked hiring managers and interview experts to share their tips for staring down the barrel of a webcam to get a job. 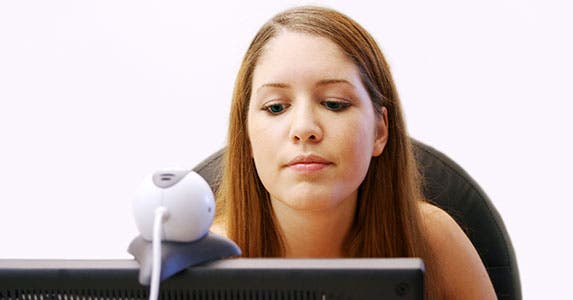 Use the right technology

There are a few different types of virtual interviews that job seekers may encounter, Morrow says.

Most often, it will be a live two-way interview using technology like Skype, FaceTime or Google Hangout.

But, 3 percent of job seekers in Right Management’s 2013 survey say they’ve done pre-recorded interviews, where an interviewer will pre-record video questions and candidates will have a limited time to respond in kind. And, Morrow says, virtual career fairs are growing in popularity.

Regardless of what type of virtual interview it is, the key is to have the right technology and to know how to use it, says Paul J. Bailo, author of “The Essential Digital Interview Handbook.”

Among his technical tips for getting ready: 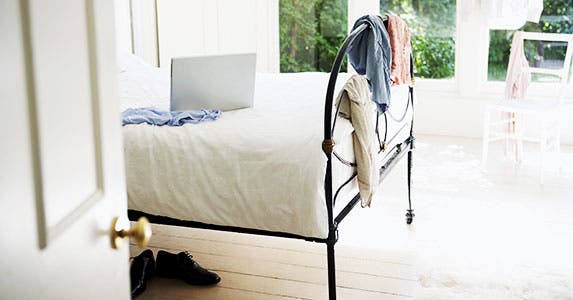 Be aware of the background

It’s important that a prospective employer can see more than just your face when you turn on the camera.

Bruce A. Hurwitz, an executive recruiter in New York City, says he once interviewed a candidate on Skype for a job that required a detail-oriented person.

“Problem was, the camera faced his bed. The bed was not made and every picture on the wall was crooked,” Hurwitz says. “He told me that he was very detail-oriented, but he showed me that he was not.”

Morrow says the bedroom is one of the worst places to conduct an interview. She suggests using a home office or investing in a trifold backdrop.

Bailo agrees. He says candidates should avoid putting a window behind them, because of lighting issues and because anything going past the window could be a distraction.

He suggests getting seamless paper; a marble blue or marble gray color is best. An all-white background can be harsh and remind the interviewer of “a prison picture,” Bailo says.

Background doesn’t seem like a big deal? It is, Bailo says. He knows one qualified candidate in a specialized field who lost out on a job because he had a Victoria’s Secret poster in the camera’s view.

“What enters the mind of the employer is, ‘If you’re not prepared for an interview, are you going to be prepared for the job?'” Bailo says. 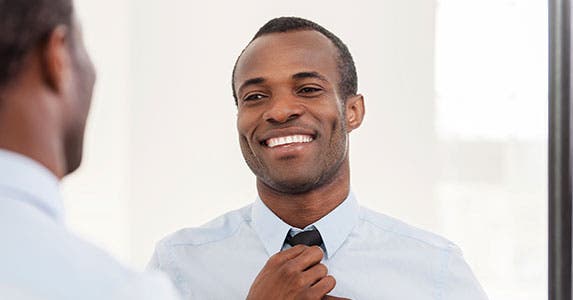 Although candidates may be conducting virtual interviews from the comfort of their homes, they shouldn’t dress like they’re lounging on the couch, watching old episodes of “Law & Order.”

Morrow says that it’s permissible to wear fuzzy slippers to the interview since no one will see your feet, but you should otherwise dress like a professional.

Bailo tells people to consider, “If you’re wearing a white shirt, is it going to look too bright with the lights on it?”

Bailo says to consider whether what you’re wearing will make you disappear into the background. He suggests that only simple jewelry be worn, to keep from distracting the interviewer. The same goes with showing a lot of skin and having clean nails without crazy nail polish.

Bailo also says candidates should make sure to wipe their faces if they have oily skin because it will get picked up easily by the lighting and the camera. And, don’t chew gum.

Remember that any Skype or other login ID should reflect professionalism. A recruiter may be put off by chatting with someone named “sexxymomma48.” 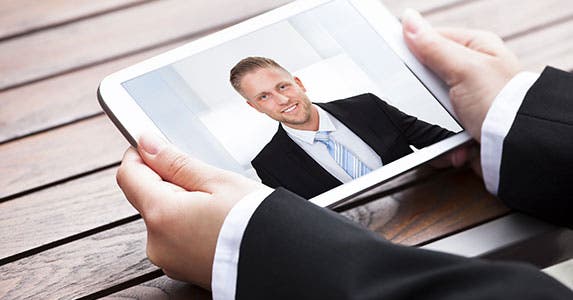 Virtual interviews were a new world to Edmund Tee when he applied for a job at MightyCall, a tech company for cloud-based phone systems for businesses. But he had experience using FaceTime with his mother and it taught him a valuable lesson.

“She used to snap at me for being rude and not making eye contact,” he says, explaining that he used to look at her on the screen rather than at his iPhone’s camera.

So when he did his virtual interviewer, he was careful to spend most of his time looking at the camera lens instead of at the interviewer’s image. He got the job.

“My boss noted that I was the only one who looked them in the eye. He said everyone else looked like they were shifty, Tee says.

Applicants should also make sure the camera is at eye level so they don’t look down or up at the camera. Also, remember to clean the camera lens to ensure the eye contact comes through clearly. 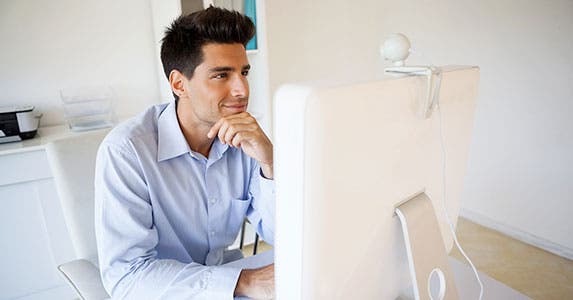 The goal is to make a connection with the employer during a virtual interview. One good way to do that is to relate well through eyes and facial expressions, says Darrell Gurney, author of “Never Apply for a Job Again!”

Gurney says that’s why it’s important for candidates to lean in and have the interviewer clearly see their faces.

Bailo suggests video interviewees position themselves in a “triangle of love,” with their head and shoulders in the camera view. He says that provides a good close-up portrait. Interviewees should take care not to cut off the tops of their heads in the shot.

Once in that position, Bailo tells people to refrain from moving around too much and to avoid sitting in a swivel chair if they have a tendency to swivel a lot.

Keeping steady and leaning forward shows that a candidate is engaged in the conversation, says Bob Myhal, chief executive officer of NextHIRE, a job recruiter in Boston.

“The worst thing you can do is be too far back or leaning back,” Myhal says. 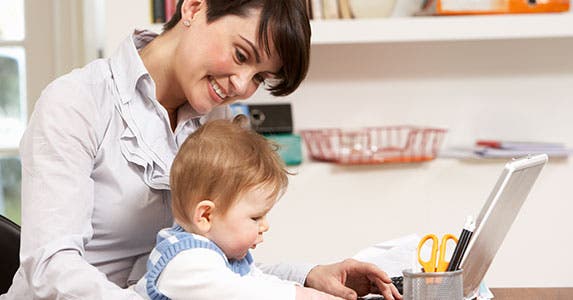 Conducting an interview from home rather than in an office means dealing with a unique set of distractions.

Hannah Ash, a work-from-home mom, has done a lot of virtual interviews with companies with which she freelances. She tries to schedule her interviews during her child’s nap time or when she can hire a baby sitter.

However, sometimes distractions can’t be avoided. If that’s the case, it’s best to be upfront with an interviewer.

Ash says her son, who was 6 months old at the time, screamed the entire time through her first virtual interview. “I had to hold him,” she says. “Luckily, the woman interviewing me was a fellow mom. I got the job, believe it or not, maybe because she was able to see I was able to handle so many things at once.”

Ash’s experience aside, Morrow suggests putting pets somewhere where they won’t bark, and closing windows so a passing firetruck doesn’t cause distractions. Turn off the TV and put phones on silent.

If a candidate has interview notes, Morrow suggests using sticky notes attached to the computer screen instead of shuffling through papers. That also will keep you from breaking eye contact.

Lindenberg of Talent Seed Consulting says addressing distractions upfront can increase camaraderie between the interviewer and candidate. The interviewer may be sympathetic to the plight of controlling a puppy or newborn. 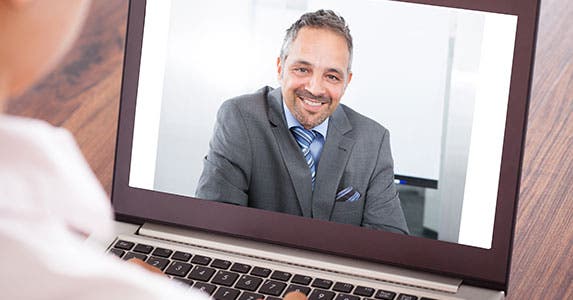 In a more traditional face-to-face interview, the conversation generally begins with a handshake.

Bailo says a digital version of that handshake should be practiced in a virtual interview. He says have a greeting for the interviewer. It shows a candidate is excited to be there, and it helps engage the candidate and the interviewer.

“I’ve never been in a social setting where there’s not a greeting, and you don’t want to wave into the camera,” Bailo says. Instead, try a 10-degree nod in the interviewer’s direction. “This is not a Japanese bow,” he says, but a professional, warm gesture.

Bailo says most employers will return the nod, and job hopefuls can use that to notice whether there’s any delay in the video feed and to compensate if need be. 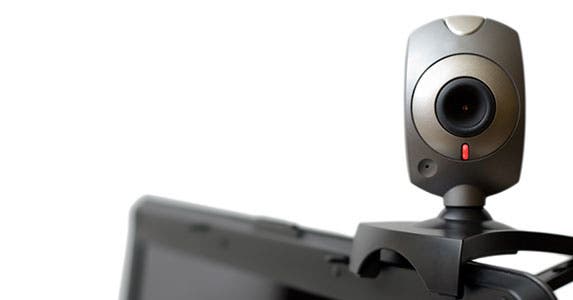 Steel yourself for tech glitches

No matter how much preparation is done, it’s possible that a technical glitch will interrupt the interview.

If it does, stay calm. “You’ll get disconnected. Hang in there. Call back,” Ash says. She says everyone has experienced technical glitches, so they will understand.

Getting flustered when a tech glitch occurs can be a red flag to employers, especially if the job requires a lot of technology use, Lindenberg says.

It’s important to practice with the technology in advance, checking sound levels, confirming usernames and making sure everything is working as expected, says Lindsey Wagner, an attorney whose law firm, Cathleen Scott & Associates, regularly conducts employee interviews via video.

Set up a backup plan in case something fails.

“I tell interviewees they should have some dry runs,” Myhal says. “Skype with friends and family in advance.” 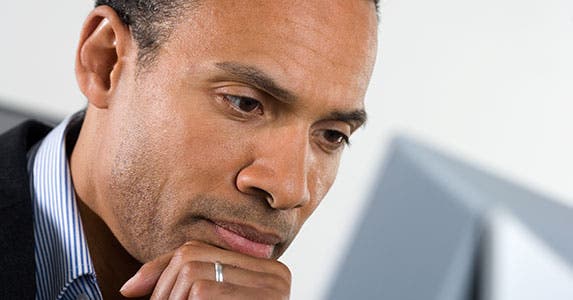 It’s easy for the virtual interview format to throw a candidate off their interview game, Morrow says.

One common issue she sees is candidates who rush to respond to a question to keep from having dead airtime.

Right Management’s Morrow says that people must remember to accommodate for possible transmission delays. It’s OK to have a pause before answering to collect thoughts and to account for those delays.

“In a Skype-like interview, there is more of a tendency to want to respond quickly to fill that dead air,” Morrow says. “Sometimes, just say, ‘Let me think about that for a second.'”

Pre-recorded interviews have time limits for each question, but you still shouldn’t rush so as to clearly get your points across. Morrow advises not to talk too quickly or too loudly or softly.

“It can be an uncomfortable format,” Ash says. “The more you do it, the better you’ll feel.”