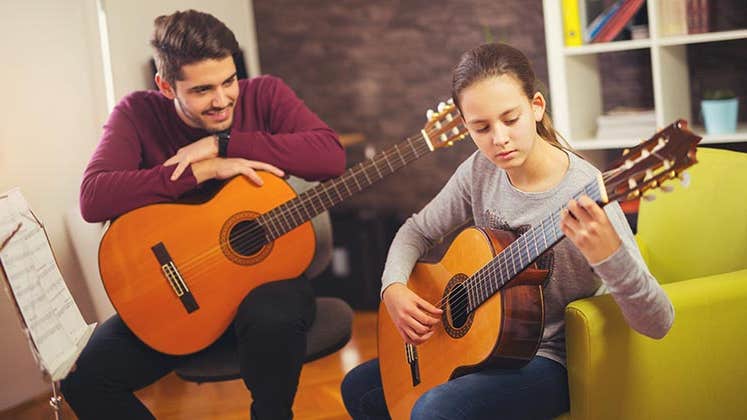 Work at home in your PJs?

One ad reads, “I will juggle three fire clubs with a firework on my head for $5.” Another offers a 45-minute Spanish lesson on Skype or professional advice on buying real estate. All are on Fiverr.com where anybody can sell a service for $5, many through the internet.

The website is evidence of how the work-at-home job scene has evolved in just the past few years.

“We are now seeing younger and younger people working from home,” says Michael Haaren, co-founder of RatRaceRebellion.com, which has tracked thousands of telecommuting jobs since 2007.

“The person who typically worked at home was a mom who wanted to be there for her children. Now it’s skewing younger — and the young people, they are multitasking.”

Many young people have turned to telecommuting because of the lack of entry-level positions in the economy, Haaren says. These jobs can vary wildly and do not always pay well, but for the intrepid they can be pieced together to pay the bills.

From more lucrative positions to the usual telecommuting stalwarts, Bankrate took a look at seven industries where a computer in a spare bedroom could mean lots of spare change.

From old-school to new-school 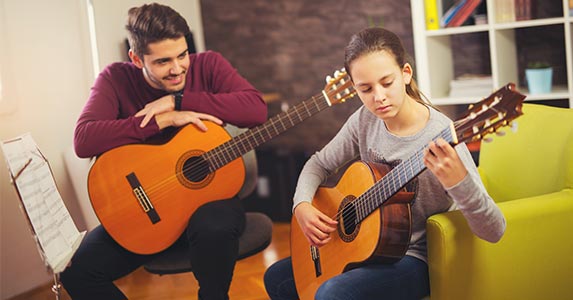 Hiring for online instructors at colleges is robust, Haaren says.

And colleges aren’t the only schools looking for teachers. All the teachers at the Florida Virtual School, which enrolls children from kindergarten to 12th grade, work from home.

In addition, Tutor.com has about 3,600 teachers on contract and a waiting list of thousands. Jennifer Kohn, former spokeswoman for Tutor.com, says tutors teach students of all ages and levels. Recent graduates, and even those still in college, are a good tutoring fit as long as they pass the application process. It also offers those who are retired a great way to supplement their retirement income while giving those taking a break from the real classroom a way to still earn income.

“The people who can really do calculus and chemistry get paid more,” she says.

One reason online tutoring is growing is that the students like the anonymity of the service. “It takes away any sort of biases,” Kohn says. “It’s just about the work.”

As for the tutors: “People like the flexibility,” Kohn says. “They can set their own schedule. They can change their hours weekly as they see fit. You can tutor at 9 o’clock at night if you want.”

Shop ’til you drop 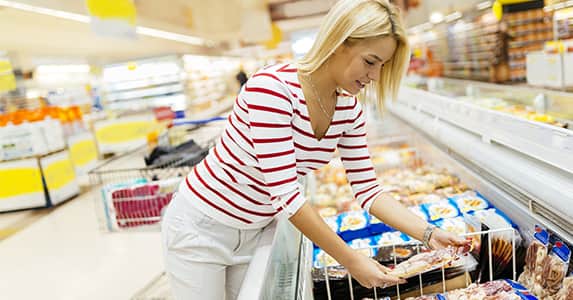 Mystery shopper: $5 and up per assignment

One of the more unusual trends for those working from home is employment as a mystery shopper. More than just liking a store and buying a sweater there, the motive behind it is to help a company’s workforce development, says Dan Denston, former executive director of the Mystery Shopping Providers Association, or MSPA.

The workings behind a job are relatively simple, although detail-oriented. A mystery shopper works as an independent contractor reporting back to a company on various areas and experiences in the store. Depending on how tough and time-consuming the job is, payment ranges from $5 to $160, Denston says. And with some assignments, shoppers don’t even need to leave home, making phone calls to businesses to check out their customer service.

While they won’t get rich, mystery shopping gives new graduates still looking for a traditional 9-to-5 job an opportunity to help pay the rent, Haaren says.

As a potential mystery-shopping industry grows — 7 percent from 2010 to 2011 — it’s important to be on the lookout for scams. It’s even more important to use credible sites to find companies looking for undercover consumers. Denston says his former company, MSPA, backs all the secret shopping companies they have as members because they know they are legitimate. “You should never have to pay for a list of mystery shopping jobs,” he says. “It’s a tell-tale sign of a scam.” 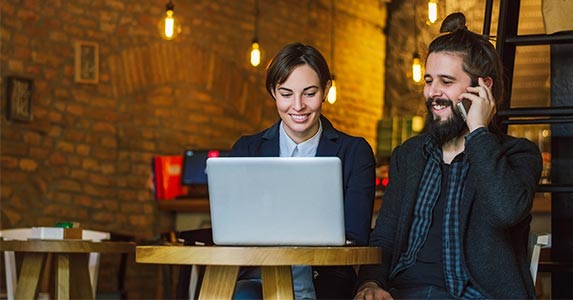 Some of these businesses are even bringing assistants into their homes to help them produce their products, which can be clothing, jewelry or any number of assorted knickknacks. The crafters then advertise their items on popular websites like Etsy and Artfire.

Selling goods or crafts can be a good way for a student or recent graduate to make a few extra dollars if it’s something they enjoy doing, but they need to think about the time involved in their work and whether it will pay off.

“Most people will fail, but a few will be successful,” Truex says. “The key is the ability to market themselves.” You need to be able to know your market, and know where your potential clients can be found, she says.

James Dillehay, author of “How to Price Crafts and Things You Make to Sell,” lives near Santa Fe, New Mexico, and says it’s important to build up a customer base.

“Because there is so much competition, don’t put all your hopes and resources into developing an Etsy store while ignoring face-to-face markets,” he says.

Etsy reported $2.3 billion in goods sold last year. The site charges 20 cents to list an item and 3.5 percent of sales. But don’t think you must stick to just Etsy. Other craft sites out there are free, and some just charge a flat fee.

Take your business idea to the Web 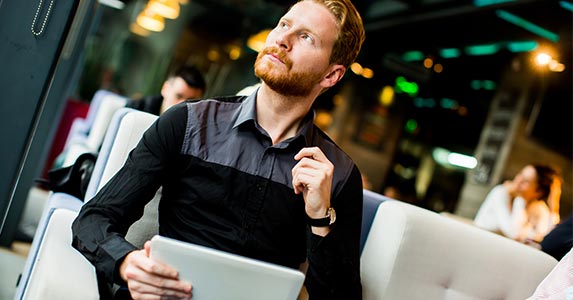 The idea of the struggling artist has given way to that of the ambitious entrepreneur.

Marissa Feinberg says she sees a number of these dreamers at her former business, Green Spaces, which provides them with an office setting when needed.

“Everyone is trying to be the next Facebook, the next Mark Zuckerberg, the next Instagram,” she says. “They are getting new funding and circulating their ideas.”

Haaren describes the Internet entrepreneur movement as a “tanker full of gasoline.”

He pointed to the website Kickstarter.com and Crowdfunding.com, where creators of innovative projects can seek money.

Haaren also says legislation approved in 2015 allows entrepreneurs to hold “mini IPOs” to get their businesses off the ground. One startup, he says, raised $3 million to fund its idea of synching electronic devices to a watch-like gadget.

Success stories such as Omgpop are fueling the fire. The one-time struggling startup hit it big with the Pictionary-styled smartphone game “Draw Something.” The popularity of the game drew the attention of media game company Zynga, which purchased Omgpop in 2012 for almost $200 million.

The customer is always right 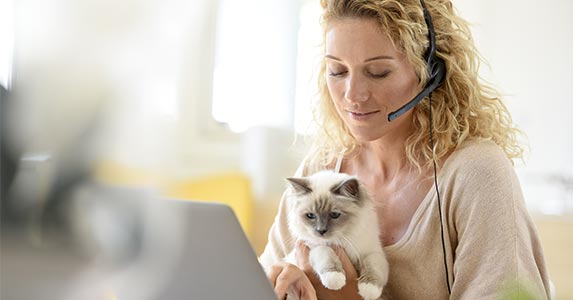 The backbone of the work-at-home sector is customer service. And it’s attractive to the younger set still looking to enter the job market because all one needs is a telephone and time.

Haaren says the service can vary widely. “Generally it’s for inbound calls,” he says. “It could be ‘I need help ordering a pizza’ (or) helping people with their credit cards.” U-Haul, American Express, Apple and AAA are increasingly using home-based customer service agents, he says. Amazon is also looking to wade into the waters.

Allstayathome.com says customer service jobs are very plentiful, but unlike other jobs done from the residence, many companies require a set work schedule. The upside, though, is they may hire customer service agents as permanent employees rather than contractors. This means regular paychecks and benefits.

The downside to being a customer service agent is that companies often require a background check, for which that applicant may have to pay. And, of course, dealing with unhappy customers comes with the territory, so a high threshold for abuse is often a necessity. 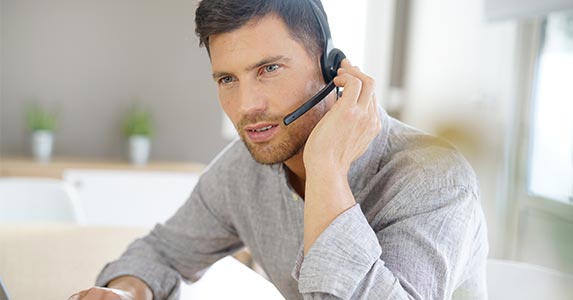 Young adults are flocking to virtual assistant jobs, Haaren says. Ads for this line of work vary. Some call for someone who can assist bank customers, others ask for a computer-savvy employee who knows Microsoft Word. Haaren says Internet research jobs such as these are some of the most abundant home-based jobs at the moment.

Another area for virtual assistants to explore is the integration of social media into businesses to get out their message on Facebook, Twitter and other bulletin board sites. “It’s a lot of work, and a lot of people would just rather pay someone to do it,” Truex says. 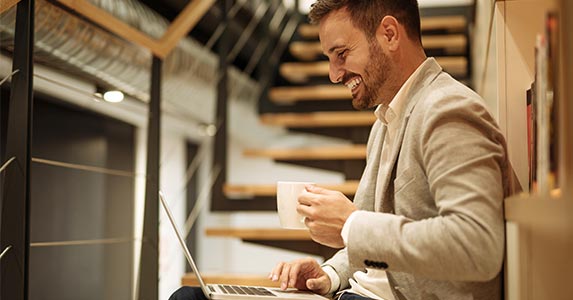 Jobs for writers and editors are out there in abundance. Blogging for newspapers that have gone online is one job that’s expanding. If you are more of an editor, that kind of work-at-home job is needed for manuscripts of all types, including textbooks. Recent college graduates and even those still in college can use these blogging and editing experiences to build up their resumes while bringing in some much-needed cash. For those more-experienced journalists and writers out there, this type of freelancing from home could be a profitable endeavor.

Susannah Nesmith, who worked at The Miami Herald for six years, got caught in the crunch of newspaper downsizing but has found freelancing to be highly lucrative. She writes stories for national magazines and newspapers.

While some publications want her skills at a discount, Nesmith won’t work for less than 50 cents a word, and some magazines offer a basic rate between $1 and $2 a word.

The best part about working from home now is the extra freedom she has. “One of the things I like about freelancing is I can fire my bosses. And I have,” Nesmith says.