Janet Stauble joined Bankrate as the Social Media Community Manager in September 2010. Though she’s quite fond of creating catchy 140-character tweets, her goal was to take social media initiatives beyond having a presence on Facebook and Twitter.

She packages Bankrate content with a fun, conversational twist on social networks. Check out Bankrate’s Tumblr blog to see for yourself.

Through social media, Janet connects with journalists, financial experts and sources. She monitors Bankrate’s brand and the conversation surrounding it on blogs, social networks and forums, and even secures the brand’s name on hundreds of social media sites. Janet networks with bloggers, inviting them to guest blog or host live chats. She has made Bankrate part of the personal finance community online.

Customers know they’ll receive a quick response through social media. Many people just want to know where to find a credit card or check out money market rates, and Janet points them in the right direction.

Along with the SEO team, Janet has worked on initiatives from changes with Google such as authorship markup, Google Plus and the +1 button. She’s also working on optimizing onsite share buttons.

And what fun is social media without some contests sprinkled in? Janet manages contests such as the BlogWorld giveaway, Halloween Horrors, Frugal Holiday Tips and the Tax Tip Throwdown. Janet contributes blog posts, stories and radio reports for the Bankrate site. She’s been quoted in USA Today and Voice of America news about social media.

Before joining Bankrate, Janet was working at DentalPlans.com as a copywriter and social media coordinator. Prior to that, she worked at an interactive advertising agency where she learned the ins and outs of SEO and social media strategies for businesses. Janet graduated with a B.A. in Spanish and a minor in business from the University of Kentucky.

Connect with Janet Stauble on Google+. 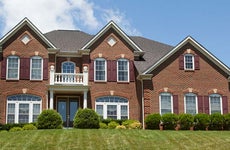