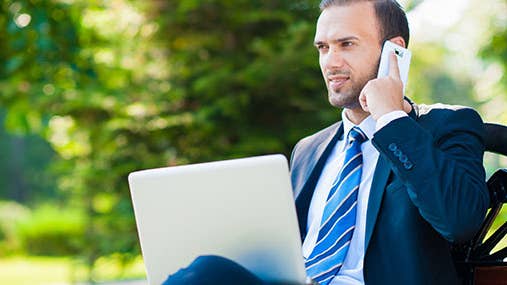 You’re an investor who does the required homework on the company stocks in your portfolio, like reading analysts’ reports and relative news items.

If you really want an ace portfolio, though, tuning into quarterly conference calls may give you an extra edge other investors don’t have, namely your own instinctive feel for the quality of company management.

Ever since the Securities and Exchange Commission issued a “fair disclosure” regulation more than a decade ago, requiring that the information a corporation releases be available to all investors, it’s been possible to listen in on quarterly earnings calls.

Now, though, earnings calls are getting more interesting. Some firms are employing video and social media to liven up their conference calls.

Still, most of these calls hardly qualify as entertaining. Often the financial presentation at the beginning of a call sounds like an accountant reciting tax rules.

“But if the information (discussed in calls) didn’t matter, stock prices shouldn’t move around after some calls,” says Matthew Ragas, a DePaul University assistant professor of public relations and advertising.

Here, experts provide advice on how to listen and learn from these calls.

If you follow financial news, you know that “earnings season,” which occurs in the weeks following the end of calendar quarters, gets lots of attention because earnings surprises move stock prices.

Typically, a firm will issue a news release toward the end of the quarter, announcing when it will issue earnings for that quarter, and the conference call typically takes place shortly after that release.

“Many of these calls occur after the bell (or the close of the stock market),” says Chris Hodges, CEO of Alpha IR Group, a Chicago investor relations consulting firm.

By checking the investor relations section of a company’s website, individuals can typically find a dial-in number to listen in on the call or a link to listen over the Web.

After that, recordings as well as written transcripts are typically accessible for weeks on the company’s website and/or sites offering market news. They can be found with an Internet search using the company name and terms such as “earnings conference.”

Investors will glean more insight from these calls if they listen regularly, says David Larcker, director of the Corporate Governance Research Program at the Stanford Graduate School of Business. “It’s like dating,” he says. “When you first listen, you don’t know the people well, but when you get to know them, you know if they are being reasonable or not.”

The calls start with some prepared remarks and then move to a question-and-answer session. “Generally, the most value for an investor is from the additional comments and color that the CEO and CFO share in answering questions,” Ragas says.

The Q-and-A resembles a news conference, with analysts called upon by a moderator to question a member of the management team. Picking up on the news conference angle, Netflix made news with its earnings calls when it used a video format, replete with a CNBC reporter asking questions submitted via Twitter by investors and analysts.

Some other companies are using video and social media, but it won’t be a quickly growing trend, Alpha IR’s Hodges says.

Management already spends considerable time preparing for their opening remarks and for replies to questions, and using video or other methods of transmitting is an unnecessary complication, Hodges says.

Indeed, management should not be delivering information at analysts’ meetings held after the conference that isn’t brought up during the call, Hodges says.

“Guidance on earnings is one of the biggest topics addressed during calls,” he says. “Any time they shift guidance, they should do it in the call, which is a public forum.”

Although these conference calls can yield important information, such as a shift in earnings expectations, it’s often not the actual content of what’s said but how it’s said that influences investors.

“Even when I read a transcript, I still play a recording (of the call) because there are nuances you can pick up,” DePaul’s Ragas says.

For instance, Larcker recalls that “before Enron unraveled, an analyst was asking aggressive questions. In the background, (an executive) could be heard muttering.”

When listening, be skeptical of “hyping,” Larcker says. “If management sounds overly enthusiastic, saying things like ‘it was an unbelievable year,'” it may signal that forecasts are really not believable.

And, when taking questions, if management “doesn’t really answer but makes a reference to something else instead,” there’s reason to wonder about the evasive response, Larcker says.

In fact, Larcker says some money management firms have hired linguistic experts to analyze the possible meanings behind speech patterns in earnings calls.

Although computer scientists and linguistic experts can develop programs for analyzing language, investors can employ their life experiences to judge the confidence and veracity of management, Larcker says.

Who is called upon to ask questions in the conference call? It’s usually just investment analysts who research the firm and are known by the company’s management.

Especially if a firm is large and has many analysts following it, it’s possible those analysts who write more friendly reports may be placed in the phone queue to ask questions, Larcker says. Since the calls last about an hour, there may not be time for all questioners.

Still, managers don’t know what questions will be asked and “don’t have a script for the answers,” says Kim Caughey Forrest, vice president and senior analyst at Fort Pitt Capital Group in Pittsburgh. But, it’s rare for individual investors to be called for a question, she says.

However, Ragas says, “With very small companies, which are less likely to have a lot of analysts following them, I have seen some private investors being able to ask a question.”