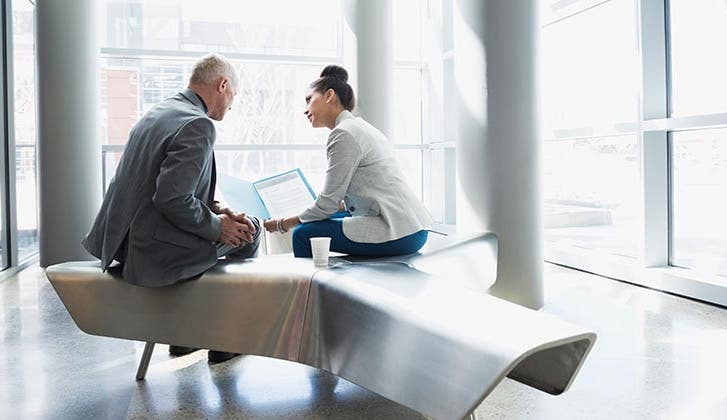 It’s not exactly a makeover for these low-risk investments, but money market funds are getting a refresh.

The changes — courtesy of the Securities and Exchange Commission, or SEC — are designed to make a conservative, low-risk investment even safer and more reliable for retail investors.

The funds you’re likely to invest in, whether in an IRA or 401(k), will now be in U.S. Treasuries or government bonds, instead of corporate or municipal bonds, and will never be subject to any redemption fees. Institutional investors definitely will see bigger changes, since the funds they invest in hold corporate-debt securities.

Some fund providers, including Fidelity and T. Rowe Price, have already made changes before the deadline, taking fund options out of prime or municipal money funds and putting them in U.S. government money funds.

Money market funds — mutual funds that hold short-term government or commercial debt — always are valued at $1 per share. But in 2008, when the markets were rocky, one of the largest funds broke the buck, explains Duane Thompson, senior policy analyst at fi360 — a Pittsburgh firm that offers training in investment tools on fiduciary issues.

In other words, the value of shares in that fund dipped to 97 cents the day after the Lehman Brother filed for bankruptcy. The fund held securities issued by Lehman and the debt had to be written off, which caused the drop in value.

A couple of bad assumptions were in place, Thompson says. First, everyone assumed consumers were protected. Second, everyone assumed that the funds were either guaranteed by the federal government or were safe because they had a stable $1 value.

Wrong. Unlike money market accounts, which are FDIC-insured, money market funds are an investment and do carry some risk, though it is very low.

Losing a penny or two on the share price may seem miniscule, but it’s actually a big deal.

It can be significant” when an investor is holding a large block.

“Depending on the size — and this was large — you’re out to third and fourth decimal places in cents,” says Sweeney. “It can be significant” when an investor is holding a large block.

When you invest in something that you think will always be worth a dollar a share, it’s very concerning if the price goes below that dollar value, Sweeney says.

If you have money in a workplace retirement account or an IRA, or other investment account, you might have access to a money market fund. Ready access to cash is one reason to put some of your money in money markets. Also, the funds are designed to preserve principal. The risk is low, and so is the return.

Short-term debt is part of what makes money funds relatively low risk. Short-term government debt is very liquid and has virtually no sensitivity to changes in interest rates.

You can tell a money market or money fund — the terms can be used interchangeably — from the name of the fund or the words you see. Look for terms like:

Along with stability and available access, you get the benefit of some interest income, Lynagh says.

What not to worry about

You may have heard about the floating NAV, or net asset value, which affects some money funds. In some funds that hold short-term corporate debt or municipal debt, the SEC rule changes mean that the value of the fund can change (or float). Those funds — mainly for institutional investors — can also charge fees to withdraw money in some cases, as well as limit withdrawals.

The top thing for retail investors to know is that you may well find that your prime money-market option is no longer available in your 401(k). Instead, depending on your plan, that fund might be converted into a government, Treasury or stable value fund.

“These would all offer the same attributes of stable principal of the money market fund,” Lynagh says.

If you do have prime money funds, there are potentially limiting withdrawals on retail investors, and that could be an issue in times of market stress.