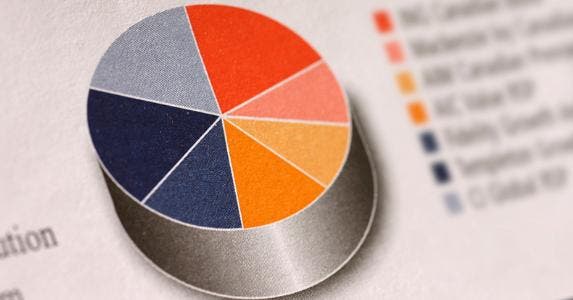 You’re finally earning enough money to set up an investment portfolio. How do you break up the money among stocks, bonds, cash and perhaps alternative investments, such as commodities?

Investment experts suggest placing 40% to 70% in stocks and the remainder in bonds. Alternative investments are too risky for beginners, they say.

“Asset allocation decisions should be driven primarily by risk tolerance, not so much by arbitrary percentages,” says retired hedge fund manager Chris Litchfield, now a private investor in Greenwich, Connecticut.

It boils down to the size of losses you can tolerate. “Not everyone can tolerate a 30% to 40% decline in their portfolio, and I’m one of them,” says Litchfield. “People should structure a portfolio that allows a decent rate of return and lets you sleep at night.”

Young people are often told that they have a long time horizon, so therefore they should go all in on stocks. But Mick Heyman, an independent financial adviser in San Diego, recommends against it.

“Shy away from putting 80% to 100% of your assets in stocks, at least until you understand what market moves will do to your emotions,” he says. “The 1st-time investor has to wrestle with what they will feel like if the stock market drops in the first 6 months after they put money into it.” 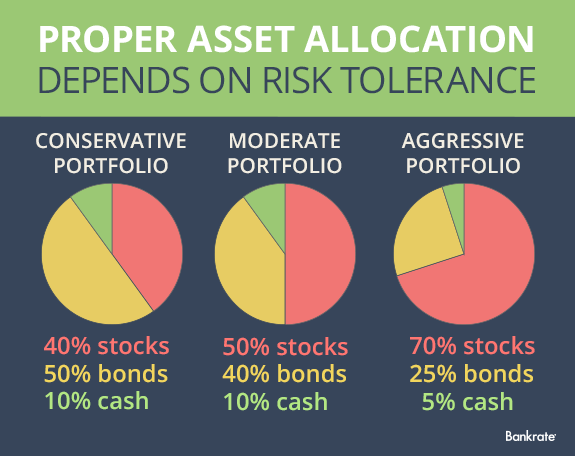 The price of panic

When the market heads south, some investors make the mistake of pulling all their money out of stocks. “For someone whose first $50,000 turns into $40,000 thanks to a stock market decline, a quick, panicked decision to sell may overwhelm everything they do from then on,” Heyman says. That’s because you will have lost not only the $10,000, but also the gains you would have earned, assuming stocks ultimately rebounded.

And stocks will ultimately rebound, unless there’s a global apocalypse and no one survives.

But note that even bonds may be a shaky investment right now. The fixed-income market has rallied for most of the past 34 years, so a prolonged downturn wouldn’t be surprising after the Federal Reserve begins raising interest rates.

You may want to purchase bonds directly rather than through bond funds. That’s because as bond yields go up, bond fund prices will fall and possibly never recover. This is particularly a hazard with bond funds, because when investors head en masse for the exits, fund managers are forced to sell the beaten-down securities to redeem fund shares. So, investors who stick with the fund get trounced.

Meanwhile, individual bonds can be held until maturity, and you will get your principal back unless the issuer defaults. Individual investors can buy Treasuries at reasonable prices to avoid default risk.

As for alternative investments, such as commodities and mutual funds designed to replicate hedge funds and private equity funds, forget about it. “These are volatile asset classes, where it’s hard to gain expertise,” Hyman says. “The power of long-term growth for stocks has been proven over hundreds of years. Hedge funds and private equity are young.”