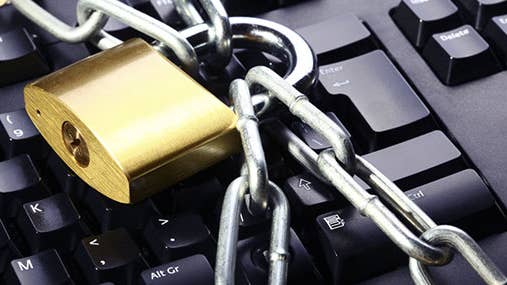 Waves of unsettling cyberattacks may be bad news for most of us. But they’re good news for cybersecurity companies.

The global cost of cybercrime for consumers hit $110 billion a year, according to a report released in September 2012 by Symantec Corp. in Mountain View, Calif. So everyone seems to be turning to cybersecurity firms both large and small for protection.

To fight off computer and Internet crime, these cybersecurity players are quickly developing ever more sophisticated versions of firewalls, Web filters and anti-virus software. And they’re becoming must-have technologies for companies, consumers and the government.

The result is that many cybersecurity companies are seeing strong growth. Here are the best ways to play this budding market sector.

For example, Check Point Software Technologies Ltd. of Tel Aviv, Israel, which makes a wide range of security software, is the market leader in network security, Ives says. The company has strong products and a large existing install base that creates steady revenues. Fortinet Inc. in Sunnyvale, Calif., also is a strong cybersecurity stock in the critical network security market. It is gaining market share from competitors, has strong proprietary technology, and its revenue is expected to grow by 18 percent in 2013, Ives says.

Palo Alto Networks in Santa Clara, Calif., is a cybersecurity market darling, grabbing market share in the niche of computer firewalls, Ives says. The company, which went public last year, is rapidly growing, with projected revenue growth of 40 percent in 2013 and also in 2014, according to Ives.

Consumer cybersecurity. This is a very competitive market, says Andrew Lange, an associate analyst at Morningstar. One reason is that cybersecurity companies can undercut each other in their pricing. For example, Microsoft offers free services, he says. Still, Symantec Corp., the world’s largest maker of anti-virus software for home computers, has a leg up in this market as it owns the well-known anti-virus brand Norton.

Cyberdefense companies. After large federal budget cuts, cyberdefense is one of the few growth areas in government spending. The challenge for investors is finding which of these cybersecurity stocks to buy and which to avoid.

Swami Shanmugasundaram, an equity analyst at Morningstar, agrees with Price. Shanmugasundaram says CACI faces a lot of headwinds due to government cutbacks. “So CACI is having a hard time finding revenue growth,” he says.

“ManTech sells to dozens of different government agencies, and there’s much more potential business in the pipeline,” he says. Also, the company’s dividend yield was 2.9 percent in mid-August, he says.

KEYW Holding Corp. in Hanover, Md., is a fast-growing but much smaller contractor that has forged long-term cybersecurity contracts with the National Security Administration along with other federal agencies, Kerr says. Though the company isn’t profitable yet, it isn’t as vulnerable to federal budget cuts as defense contractors are, making it an attractive possibility for investors looking for small-cap growth stocks.