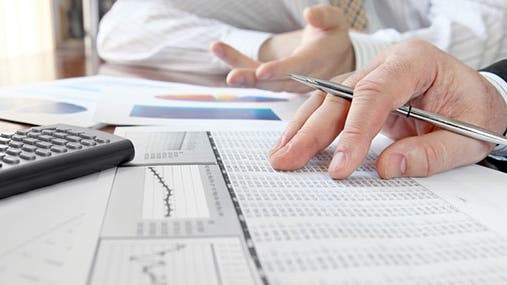 As they anticipate the Federal Reserve’s eventual tapering of quantitative easing, investors worried about rising interest rates are wondering if they should hedge their bets on fixed income by putting money in ultrashort-term bond funds.

Ultrashort-term bonds have maturities of a year or less, versus short-term bonds, which typically mature in one to three years. The shorter the maturity, the less susceptible the funds are to losing principal. That’s appealing because as interest rates rise, bond prices fall.

But while shortening maturity could reduce a bond’s interest rate risk, it doesn’t mean it’s a safe investment. There are other risks with ultrashort-term bonds that investors need to be aware of before they buy.

Bond funds are not cash substitutes

“These are nothing like cash,” he says. “If people are thinking of these as cash substitutes, they’re not.” Ultrashort-term bond funds can hold riskier assets to provide that extra bump in yield, Sharkey adds, but those assets are susceptible to a drop in value. “That was painfully illustrated during the financial crisis,” Sharkey says, when the market plummeted. “When severe stress comes, these funds don’t act like cash.”

Even money market funds, thought to be nearly as safe as cash, shocked investors during the 2008 financial collapse, when the Reserve Primary Fund “broke the buck” by falling below its $1-per-share price. That spurred a run on money market funds, which caused some of them to sell assets at a loss. While the government stepped in to stop the run by guaranteeing these funds, regulators have yet to come up with a permanent solution to prevent this from happening again.

Bottom line: Bond funds should be considered risk assets in your portfolio, even if they are relatively safe compared to equities, says Sharkey.

A little boost in yield might not be worth the risk

“Ultrashort-term bond funds pay a little more yield because you’re taking on more risk,” says Matthew Valeri, portfolio manager with EFG Capital Advisors in Miami. Investors who understand the difference between bond funds and cash still need to be aware of potential pitfalls that come with that extra yield.

Generally, the funds’ underlying assets include relatively safe debt such as U.S. Treasury obligations and investment-grade corporate issuers, explains Valeri. But they can also hold riskier assets such as high-yield credit. Valeri says that, depending on the underlying assets, ultrashort-term bond funds could yield only between 25 basis points and 75 basis points over money market funds.

Another big danger of ultrashort-term bond funds is one many bond fund investors have already experienced, says Brent Fykes, senior investment partner at GenSpring Family Offices. “When you buy through a mutual fund, you run the risk of a run on the fund,” he says.

When other investors pull out of a fund in anticipation of rising rates, for example, managers are forced to sell at the wrong time, capturing losses, says Fykes. Compounding the problem is the fact that in a rising rate environment, they have little chance of making up those losses. “We saw a bit of that in June,” he says. “The fund has to sell some underlying bonds at probably the worst time.”

There’s a time and place for bonds

Fykes says that most of the time, investors are interested in ultrashort-term bonds for a specific financial need in the near future, such as a tax bill or major purchase six months down the road, and they want to earn a little yield in the meantime.

But they could be included in an investor’s long-term portfolio, along with other fixed-income assets. Sharkey advises investors to consider their entire portfolio and financial needs both now and in the future before deciding how big of a role bonds — both short and long term — will play. A lot of a portfolio’s allocation will depend on the investor’s appetite for risk. “The bottom line is, investors can ask themselves a fairly simple question: What is the worst-case scenario for loss?”

Fixed-income markets are very efficient, he adds, and although he favors equities for growth and yield in the current environment, it doesn’t mean clients should shun bonds if they are important to an individual’s overall financial strategy. The three keys to meeting financial goals, he adds, are to adopt a strategy that works for the investor’s risk tolerance and time horizon, assemble a portfolio to match the strategy and, finally, maintain the course through market volatility. “It’s not a strategy if you don’t stick with it,” he says.

Does safety mean never having to say ‘high yield’?

In general, Fykes says, buying bonds through mutual funds is not the best solution because of the risks associated with the actions of other investors and the lack of individual control. He favors owning individual bonds because investors have more control over when to sell. In the current rate environment, he believes those who desire a bond portfolio should own short-term rather than longer-term bonds to reduce their exposure to interest rate risk.

“For those who want to eke out a little more yield than cash, there really is not a substitute, but if you want bonds, owning individual bonds is better than investing in a fund,” says Fykes. By creating a managed account of individual bonds, the investor can hold them to maturity and know the exact yield based on the maturity, he adds.

The best approach to a bond portfolio is a laddered one, Valeri adds. By spreading out, or “laddering” the durations of various bonds, investors can gain the relative safety of bonds while mitigating interest rate risk. Ultrashort-term bonds could play a part in such a portfolio, he adds.

It’s a tough environment for retirees right now, Valeri says, because although they would like to pull back on risk, with the currently depressed rates, it’s become more difficult to earn a decent yield on fixed income. “That’s creating a situation where many retirees are taking on more risk to increase their fixed-income returns.”