Lost your car in Superstorm Sandy, now what?

Superstorm Sandy left a path of destruction in her wake, flooding homes and destroying cars up and down the Eastern Seaboard.

If you are one of the many people whose car was damaged or totaled during the hurricane-turned-cyclone, you’re probably wondering what to do next. In many cases, calling your car insurance company and filing a claim is all it will take, but in other situations there are extenuating circumstances that make it more complicated than a simple phone call.

For instance, what if you didn’t have enough car insurance coverage, or your car was flooded but still starts up? What if you don’t agree with the insurance appraisal, or you need to buy another car fast?

These are all real problems and in most cases, there are real solutions. Some are better than others, depending on the situation. With that in mind, here’s a look at what to do if your car was damaged or destroyed in Superstorm Sandy.

Your car is totaled 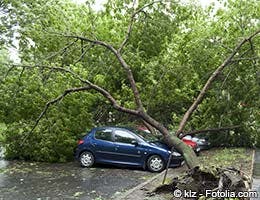 Whether your car was crushed by a tree or was submerged in water, if it was damaged or totaled, you’ll want to have proof.

“You want to photograph the car in the floodwaters or with the tree fallen on it,” says Phil Reed, senior consumer advice editor at car website Edmunds.com in Santa Monica, Calif.

If the floodwaters receded, most cars still will have evidence of standing water, so photograph the interior, engine compartment and trunk, Reed says.

“People have the mistaken inclination to think their word is very important. Pictures are irrefutable proof,” Reed says. With your evidence in hand, call your insurer and file a claim. Ed Welsh, central region general manager for AAA New York, says to resist the urge to get the car to the repair shop until you speak with your car insurance company.

In many states, there’s a 70 percent threshold rule, which means if the estimated repairs are within 70 percent of the car’s market value, the adjustor will declare your car “totaled,” says Andy Case, the director of consumer affairs at the Mississippi Insurance Department. “If the floodwater gets to the dash, they will total the car more times than not,” Case says. “If a tree falls on it, it’s a little different. Body shops can do a lot with vehicles.”

The appraisal comes in too low 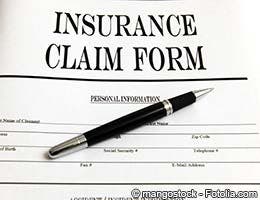 In the aftermath of a natural disaster, car insurance companies are inundated with claims from victims. It’s no different this time around. Insurance companies want to close claims as quickly as possible, but sometimes their overworked appraisers can get it wrong. If you think your car should be deemed a total loss or you don’t agree with the appraiser, you don’t have to accept it. It’s within your rights to refute the appraisal.

“There’s an appraisal clause that most auto policies have where you can dispute the value of the car,” says Peter Foley, vice president of claims administration at Washington, D.C., trade group American Insurance Association.

Before you hire your own appraiser, Foley says to ask to speak to a supervisor and find out how the insurance adjuster arrived at the value. Make sure they have the correct information. If you just put new tires on the car and the appraiser missed it, chances are it’s not going to bring up the value. But, if a high-end sound system was overlooked, it will have an impact, he says.

Do some homework before you contact your car insurance company. Figure out the cost of the repairs in your area, the car’s actual market value and the price others are selling the same car for, says Reed.

Your car is totaled but you don’t have insurance 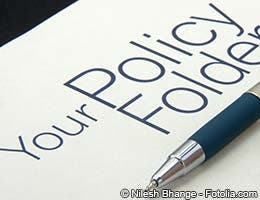 In order for your vehicle to be protected from destruction due to a natural disaster, you must have comprehensive car insurance for your car. Without it, you’re not covered. However, you may get some relief if you have a good homeowners insurance policy, says Welsh.

“Your homeowners may cover it if a tree fell on the house. It all depends on your coverage,” he says.

Another option: Check with the Federal Emergency Management Agency, or FEMA, and the Small Business Administration, or SBA. FEMA can’t provide money for losses that are covered by insurance, but the agency may be able to help someone who’s uninsured. The SBA gives out federally subsidized loans to disaster victims and represents the majority of federal disaster assistance.

If all else fails, you can still get some money for your flooded or damaged car by selling it to a salvage yard or making a taxable donation. According to Case, flooded cars are worth more to salvage yards because many of the parts such as the door panels aren’t damaged. He suggests having salvage yards bid on your vehicle to ensure you get the highest amount.

The car was flooded but starts up 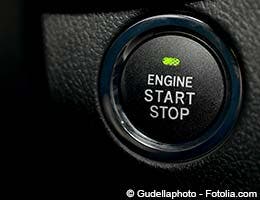 Depending on how waterlogged your car is, there is a chance it may start up after it’s dried out. Foley says if the water didn’t go over the doors, it’s probably OK to drive. “With normal floodwater, the car will be able to be repaired for the most part or will be drivable,” he says.

Even if your car starts up, it’s a good idea to call your car insurance company and file a claim. Welsh says you need to get an assessment of the vehicle. It may run now, but that’s not a guarantee it will continue running down the road.

While insurance experts say it’s safe to drive a flooded car after it’s dried out, consumer advocates including Rosemary Shahan, president of Consumers for Auto Reliability and Safety in Sacramento, Calif., says once water gets in the car, it becomes dangerous to your safety and health.

“Today the engines, brakes and air bags are all controlled by computers. It’s very unreliable, especially if there’s saltwater,” Shahan says. She says that not only will the car corrode, but the car’s interior will be saturated with contaminated water, making it hard to clean up.

You need a new car fast 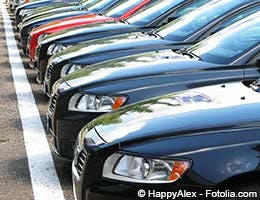 For many of us, being without a car is not an option. So, it’s understandable that you’ll want to replace your vehicle fast. But don’t.

“It’s really good to delay replacing the car,” says Reed. “The local market is going to be skewed because there’s going to be lower inventory. The prices will likely be higher, at least temporarily,” he says. If possible, rent a car or carpool.

Once you start shopping for a used or new car, take advantage of deals being offered by some manufacturers to Superstorm Sandy victims. If you’re buying a used car, be careful. You don’t want to end up with a flooded car.

Loretta Worters, vice president of the New York-based Insurance Information Institute, says there are telltale signs that consumers should look for, including mildew and debris under the trunk carpeting or around the engine compartment, rust on screws, water stains on upholstery, and a moldy odor or intense smell of deodorizer.

“To avoid inadvertently purchasing a flood-damaged car, it is important that you only buy a used car from a reputable dealer, have a certified mechanic look for flood damage and check the car’s VIN by using a credible industry database,” says Worters, referring to the car’s vehicle identification number.