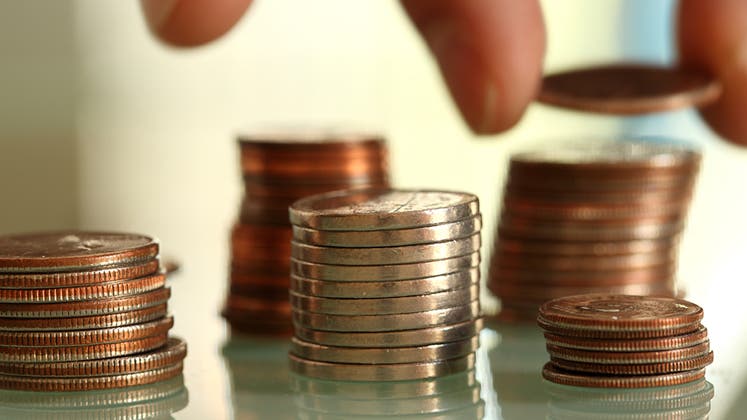 Frugality is not a quaint pastime from the pre-credit card era, but it is something of a lost art for some people.

Though frugal living can make you think of a college student in thrift-store threads surviving off of a case of Ramen, it doesn’t have to be like that.

“Being frugal to me is about valuing your life energy,” says Mark Zaifman, owner of Spiritus Financial Planning in Windsor, California, and a contributor to “Your Money or Your Life.”

A central tenet of the book is that most people must expend their energy to make money during their finite time on Earth. Frivolous purchases waste that time and energy.

That concept is a linchpin in the voluntary simplicity movement.

“Voluntary simplicity is about coming into alignment with what’s more important — more material possessions or more time. It is about having more time and more choice because the essence of it is financial independence,” says Zaifman.

This “simplicity philosophy” is the idea of doing more with less — something that financial planners heartily endorse.

“I believe the definition of being ‘rich’ is no longer a large dollar (figure). I define it as an excess of both time and money. For frugal individuals, this can happen long before retirement and is not dependent on your income level,” says Trent Lickteig, a chartered retirement planning counselor in Scottsdale, Arizona.

Wealth is a relative concept, after all. If your income is over six figures and so is your spending, then that equals broke.

“Unfortunately, all too often people end up in a job and expand their spending capacity to meet the amount that they’re receiving from an income perspective. And a lot of times they end up exceeding that, so they end up with a lot of credit card debt,” he says.

Kapp himself became a financial planner after a serious car accident compelled him to re-evaluate his life. He learned about the simplicity philosophy, went on a long trip and returned to start a financial planning practice focused on the needs of the gay and lesbian community.

He made the decision to simplify his life and align his work and spending with a goal he found satisfying. And he now works to help others do the same.

“As a financial adviser, I can sit down with people and understand what their goals are and coach them on achieving their goals. It all ties in together. When we meet with clients, we don’t talk about retirement. We talk about financial independence,” he says.

By uncovering goals and dreams for life, anyone can make spending decisions that either support those goals or are a detour from them.

Evaluating your financial situation honestly will give you a clear-eyed view of where you are on the road toward achieving your goals.

Lickteig says that opportunities for simplifying present themselves when analyzing household assets and liabilities.

“Do you need three vehicles? Could you sell one to pay the other two off? Could you use the additional ‘found money’ to pay down other debt or put toward savings? It is probing questions like these which engage the client to begin thinking about the direct benefits of a simple lifestyle,” he says.

After accounting for your assets and liabilities, construct a budget. It doesn’t have to be called a budget, but whether it’s a spending plan or a cash-flow plan, you should know the exact amount of money coming in and going out, where it’s going and why — and how you can change it.

“A lot of my clients think that the only way to work through this capitalist system is to work until they’re 60 or 65,” says Zaifman.

“What I like to do is show people one of the ways that ‘voluntary simplicity’ works: What if we sold your home, took that money and bought a smaller home and put the rest in the bank? Then you work part time until age 65. Or you can stay in your high-stress job and keep your more expensive home, but you have to work full-time,” he says.

Everything you spend money on is a choice. When every dollar has a purpose, purchases become much more meaningful.

On a larger scale, people are not only misspending their money, but time as well, says Duane Elgin, author of “Voluntary Simplicity: Toward a Way of Life That Is Outwardly Simple, Inwardly Rich.”

With respect to finances, simple living often means consuming less: Breaking the habit of shopping simply for the sake of an afternoon activity; buying a smaller house; living closer to work, and even eating fewer processed foods and more vegetables.

Yeager says he tries to buy only foods that cost less than $1 per pound — and he’s not a vegetarian.

“When people hear that, particularly as grocery prices have gone up, they think it’s crazy. But it’s not if you really look at what kind of foods we should be eating the most of — fresh fruits and vegetables and whole grains and legumes. When you shop — if you shop smart — you can find all kinds of things in those categories that cost under $1 a pound,” he says.

By spending less money, you have more money to save and in due course can work less.

“What we are selling is our time, some limited number of hours we have on Earth and we’re choosing to consciously spend those hours in exchange for money so we can get some stuff,” Yeager says.

Getting rid of clutter, mentally and physically, will help in the process of paring down.

Yeager recommends a “weeklong fiscal fast” to get in touch with your spending.

“Go a week without spending any money. It’s a chance to use up the food in your cupboard and the bottles of shampoo from hotels we’ve all been saving for 20 years,” he says.

The spending detox will reveal how most people spend and waste money in a normal week.

“You’re really trying to find and pick apart the routines you have that involve spending money. Whether you’re prone to going out and buying clothes when you’re under pressure at the job, or whether you find yourself going out to lunch every day, you can work to break yourself of those habits,” Yeager says.

“It is a matter of appreciating all of the stuff you’ve probably amassed and it’s kind of horrifying when most of Americans see all the stuff that we have,” says Yeager.

Jessica Dolan, owner of Room to Breathe Home and Office Organizing, works with people who want to simplify their lives by simplifying their stuff — moving into a smaller home or cutting up all their credit cards and getting back to basics.

If you don’t know what you have and you keep buying and buying because you’ve lost what you bought the week before, it’s a huge waste of money and your time because you keep going to the store or you keep looking for it, she says.

“You’re also wasting space in your house or office because you’re storing all of these things that you can’t find. It’s just a vicious cycle,” says Dolan.

If you use what you have and spend money only on things you really need, your life, your home and your pocketbook will benefit.