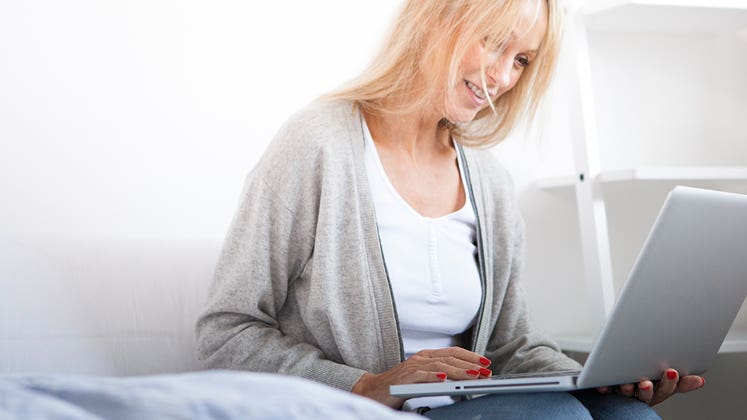 Who falls prey to online dating scams? A lot of people, apparently.

Connie G.’s small Southern town has a dating pool about the size of the average kitchen sink. So, when a relative urged her to give online dating a try, she did. But instead of catching a great guy, Connie almost ended up on a scam artist’s hook.

Connie’s personal posting on a popular site yielded a quick email from a purported career soldier stationed in Afghanistan. The 2 exchanged photos and talked about meeting someday, and he confided that he had some financial problems arising out of his divorce. But when she shared his messages with a friend, the friend questioned his motives and authenticity.

“She pointed out that he wrote English like it was a 2nd language,” says Connie, who broke off the correspondence. He disappeared. Now, she’s convinced the man’s identity was not only fake, but that he was targeting her.

“He brought up the money thing right off the bat,” she says.

The Federal Trade Commission says the online dating scam called “catfishing” — when someone online pretends to be something or someone they’re not — costs Americans millions of dollars. The full amount will never be known because many victims are too embarrassed to step forward. These con artists find their targets by joining online dating sites and posting fake profiles. One Colorado-based mother-and-daughter team alone took victims for $1.1 million by pretending to be soldiers in Afghanistan.

Robert Siciliano, personal security expert and CEO of IDTheftSecurity.com, says you can avoid being hooked by checking out potential love matches. “Search names, addresses, phone numbers, email addresses, usernames. The deeper you dig, the more bodies you will find.”

Catfishers often tip their hands early by bringing love, romance — and money — into the conversation. Siciliano says that’s a clue to their real goal, and they seal the deal by saying what the victim longs to hear.

Check your credit report for signs of identity theft. Get your report for free at myBankrate.

A new twist on the old sweetheart scam

The term “catfishing” was coined after a group of filmmakers sought out a beautiful young woman involved in an online relationship with one of them. That woman turned out to be middle-aged, married and a mom. Nev Schulman, the filmmaker who was duped, now hosts an MTV show that introduces people who have met online to one another in person, often with devastating personal results.

Not all online relationships are suspect — some do work out. But experts like Siciliano say if potential matches display any reluctance to meet face to face, talk on Skype or do anything that brings the 2 parties together in real time, then alarm bells should start clanging.

Signs that your alluring prospective mate may be a con artist in disguise include the following:

If an online dating scam is suspected, Siciliano says to go dark and silent. Con artists won’t waste time wooing a mark that isn’t going to pay off. And even if you think the relationship is legitimate, remember to never give out personal information to strangers, especially when it has to do with finances.

After all, that charming dreamboat online could be simply working to hook the next victim.