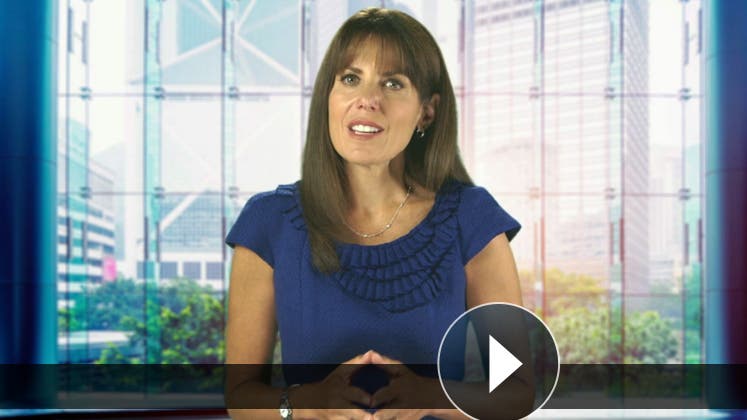 Twenty-seven-year-old Omaha, Nebraska, resident Erin Duffy has never had — or even wanted — a credit card.

“I’ve been able to get along without it,” she says, attributing the choice to ambivalence and a wariness of plastic her parents fostered in her during her formative years. “I’ve liked being able to pay for things as I go, not having to worry about missing a bill.”

Duffy’s decision to live without credit cards is more common than you may think. A whopping 63 percent of millennials (ages 18 to 29) don’t have a credit card, according to a survey commissioned by Bankrate and compiled by Princeton Survey Research Associates International.

Comparatively, only 35 percent of adults 30 and over don’t have credit cards.

There are, admittedly, external factors influencing the statistics. An April 2014 Gallup poll found Americans’ reliance on credit cards, in general, has declined steadily since the Great Recession. Moreover, the Credit Card Accountability, Responsibility and Disclosure Act of 2009, or CARD Act, made it harder for anyone under 21 to get a credit card.

“I don’t really feel like there’s a need for one in the way I live my life,” says Melissa Pileiro, a 24-year-old resident of Vineland, New Jersey. “The idea with a credit card is you’re essentially putting money down that you don’t have.”

Like many members of her demographic, Pileiro is perfectly content with her debit card, a payment method whose existence has eaten into the credit card’s market share.

New payment methods aren’t the sole reason millennials have been turned off of credit cards.

Millennials “grew up in a world where the economy was tanking,” says David Pommerehn, senior counsel with the Consumer Bankers Association. “There was great concern about jobs and debts and paying off bills.”

At the same time, college costs — and subsequently student loans — have ballooned. According to the Project for Student Debt, student debt increased an average of 6 percent each year from 2008 to 2012, with college graduates from 2012 having an average student loan debt of $29,400.

“When you look at that and the implications of the ability to repay … the idea of having a credit card (is) far less valuable,” says Lindeen of credit solutions provider Zoot Enterprises. “It’s not so much (that millennials are) anti-credit card, but it’s more the risk of debt” they fear.

This fear isn’t exactly unfounded. Bankrate’s survey found that millennials who do have credit cards aren’t as good at paying down their bills as other demographic groups. Only 40 percent of people ages 18 to 29 pay off their balances in full each month, compared with 53 percent of adults 30 and over. Additionally, 18- to 29-year-olds were most likely to often miss payments completely.

Given this proclivity, it’s easy to see why many millennials are avoiding the payment entirely.

“It’s a relief to not deal with paying a credit card bill every month, especially when I’m just beginning to enter the not-so-wonderful world of repaying student loans,” says Jamie Primeau, a 23-year-old resident of Middlesex, New Jersey. “Basically it’s one less thing to worry about.”

The downsides of icing out credit cards

But the rejection of credit cards could cause problems for millennials down the road. The payment method is one of the quicker ways to build a strong credit score, says Rod Griffin, director of public education at credit bureau Experian.

And a strong credit score “matters more in this generation than it did in past generations,” says Bill Pratt, author of “Extra Credit: The 7 Things Every College Student Needs to Know About Credit, Debt & Ca$h,” because “it’s used for so many things.”

Good scores, for instance, qualify a consumer for insurance policies, cellphone plans and even certain employment opportunities. They are also the key to securing home, auto and other loans at affordable rates.

Allen Walton, a 26-year-old from Dallas, found this out the hard way when he tried to borrow $5,000 to buy a car two years ago, sans credit history.

“I couldn’t get any loans,” he says, even though he had $30,000 in his bank account and, at the time, was making $60,000 a year. Walton, who had avoided credit cards in an effort to stay frugal, ended up having to a get a loan through the auto dealership.

“They made me print out my entire banking history for the past 24 months,” he says. They also required him to buy an extended warranty in order to get a 6.7 percent interest rate.

Carly Romalino, a 29-year-old resident of Mantua, New Jersey, who doesn’t use credit cards because she ran up a balance on one in college, had her search for a used car loan end “with a big, fat, embarrassing denial.

“In my late 20s, I hadn’t built up enough credit to qualify,” she says. Ultimately, to finance the purchase, she “sold one car (and) used that money to buy another from a family member.”

There are other ways that having a credit card can simply make life easier.

“I am worried to some degree that … I have no credit history,” Duffy says, adding that in the past, she’s had to explain why to landlords, who typically pull a person’s credit report when making rental decisions. She also has to dip into her savings every time she needs to make a big purchase.

“A really challenging time was when I moved to Omaha (Nebraska) from New Jersey last year with my boyfriend, who also doesn’t have a credit card,” she says. “My savings took a beating during that time and I’ve spent the last year building it back up. Obviously, if I had a credit card I would have had to pay for all that eventually, but it might have been nice to stagger payments over a longer period of time.”

Of course, a generation of debt-wary consumers isn’t exactly the worst thing in the world. “That caution will serve (millennials) really well” in the long run, Lindeen says.

Plus, the demographic group’s behavior could lead to positive changes in our credit-scoring system.

Currently, “the rules are stacked in such a way it (spoils incentives for) people who want to be responsible consumers and not abuse or overly use credit,” Sullivan says.

Major credit-scoring models, for instance, require you to take on a certain amount of debt to establish and build your creditworthiness. But a widespread rejection of traditional credit sources, like cards, could force the bureaus and their lender patrons to look at alternative data for determining a customer’s ability to repay.

“If it changes the rules, it may turn out to be a very good thing,” Sullivan says.

In fact, the United States’ post-recession credit climate has already led Experian and TransUnion to experiment with adding rent data to their credit reports. Griffin says Experian is looking into incorporating utility payments as well.

One factor that may have delayed a credit card boom from happening post-recession could be millennials not striking out on their own. According to the Pew Research Center, in 2012, 36 percent of the nation’s young adults ages 18 to 31 were living in their parents’ home, the highest share in at least four decades.

“Over time, more and more millennials are moving into jobs and, more importantly, moving into life stages where having a credit card has a significantly greater value,” Lindeen says. In other words, the need for future financing will force them to add credit cards to their payment arsenals.

Walton, for instance, was trying to get the car loan to help him build credit to move out of his parents’ house. He wound up getting a secured credit card after the incident to preclude future financing problems.

“If you’re trying to live as an independent adult, you need that credit history,” Griffin says.

Primeau, who currently lives with her parents, expects to get a credit card “possibly sooner rather than later.” But that is “only because I plan to move to (New York City) within the next year and have heard it’s necessary to build credit in order to rent an apartment,” she says.

Pileiro is getting married in the spring and also plans, albeit reluctantly, to get a credit card before she and her fiance start shopping for a home.

“It’s frustrating because I don’t see myself needing it down the road,” she says. “It’s just another hoop I have to jump through.”

Other millennials aren’t ready to answer a credit card solicitation just yet.

“Not sure I can live credit card-free forever, but I’ll try to keep it going as long as I can,” says Romalino. “I’m not fully opposed to having a credit card. At the same time, I’m not eager to sign up.”

“There’s a tiny part of me that is a little bit resentful that I have to play this game to try to build credit,” she says. “At the same time, I recognize that there are (cards) I could get that would make it worthwhile.”

Source: Princeton Survey Research Associates International conducted this survey from July 31 to Aug. 10, 2014, using a sample of 1,161 adults living in the continental U.S. Telephone interviews were conducted by landline and cellphone. The margin of sampling error for the complete set of weighted data is plus or minus 3.3 percentage points.