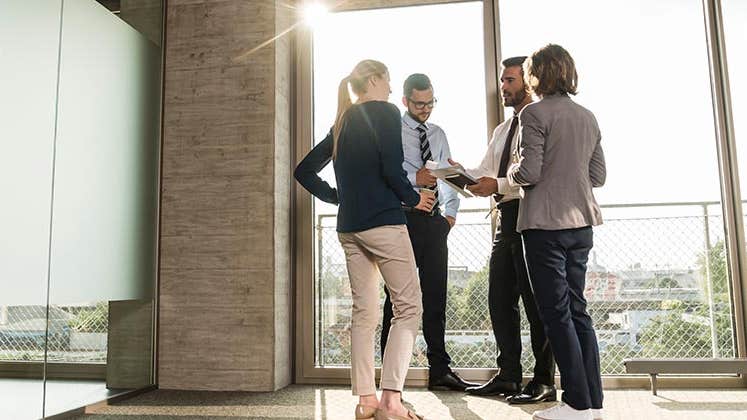 With the job market heating up and the stock market roaring back from an early 2016 slump, you’d think Americans would be full of warm fuzzy feelings about the state of their finances, but that’s not the case.

Bankrate’s latest Financial Security Index dipped for the 2nd month in a row to its lowest reading since September 2014. Lack of income growth for American households seems to be driving the drop. Income stagnation has been troubling the Federal Reserve and injecting unpredictability into the presidential race, too.

In fact, according to the most recent numbers available, real median household income has yet to return to pre-recession levels, with the average American household earning $53,657 versus $57,357 in 2007, adjusted for inflation.

Bankrate’s Financial Security Index is compiled using 5 monthly survey questions that track Americans’ feelings about their job security, savings, debt, net worth and overall financial situation. A reading above 100 indicates improvement in financial security, while a reading below 100 reflects weaker financial security. This month’s survey was conducted April 7-10 by Princeton Survey Research Associates International, which obtained telephone interviews with a nationally representative sample of 1,000 adults living in the continental U.S. The margin of sampling error is plus or minus 3.6 percentage points.

That lack of income growth, in turn, makes it harder for Americans to save — a key priority for many households in post-financial crisis America, says Greg McBride, CFA, chief financial analyst for Bankrate.

“That’s a huge determinant as to why we see people are feeling such a level of insecurity with regard to their savings,” McBride says.

“People realize how important savings is, they just haven’t been able to move the needle, and why is that? In large part that’s because income growth has been stagnant, people’s household budgets are tight, and they just don’t have a lot of extra money to throw around,” McBride says.

Besides job security, the other bright spot in the FSI data is Americans’ continued progress on eliminating debt. A slight majority of 22% now say that they are more comfortable with their debt today compared to a year ago.

That’s in part because Americans have been able to refinance into lower interest rates, reducing monthly payments even for those carrying roughly the same debt level they’ve had in the past, McBride says.

“When you look at Federal Reserve statistics on financial obligations ratio and debt service ratio, they’re the lowest that they’ve been in the 35 years the Fed has been tracking this,” McBride says. “The strain on the household budget, from that standpoint, has eased.”